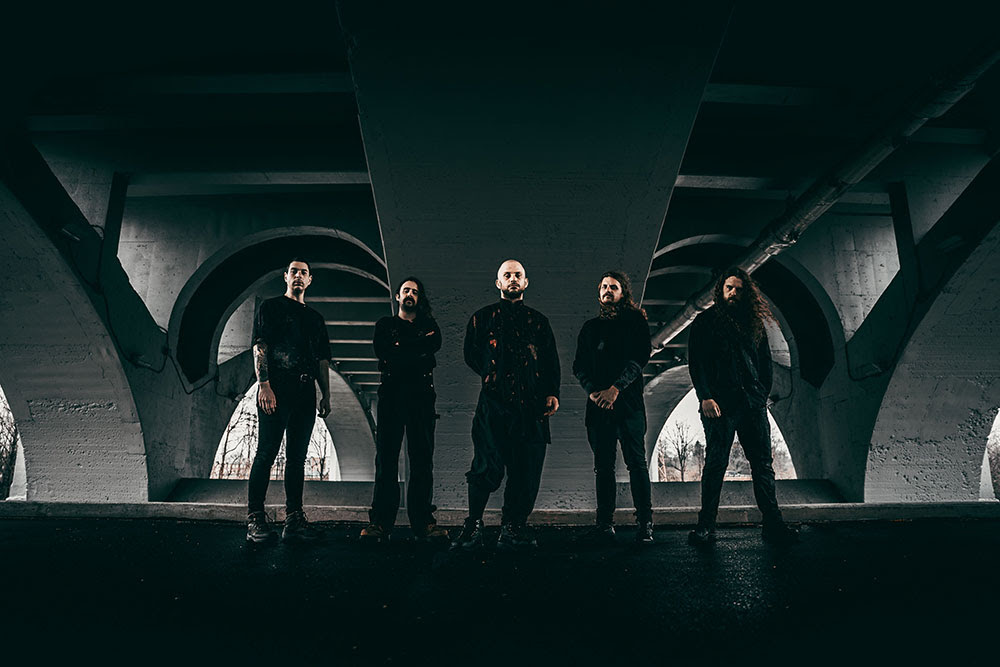 Rivers Of Nihil has parted ways with founding vocalist Jake Dieffenbach. Rivers Of Nihil states they'll continue all touring plans with bassist Adam Biggs on both vocals and bass, and with former Black Crown Initiate guitarist and vocalist Andy Thomas continuing to fill in with the band live.

"We would like to inform our fans and colleagues alike that we've parted ways with Jake Dieffenbach. Jake was a founding member of Rivers Of Nihil, and our friend and brother beyond the scope of the band. While this decision wasn't easy, it was necessary. We ask our friends and fans to allow Jake the space to handle his affairs with dignity and privacy.

"The creative core of Rivers Of Nihil is still intact. Brody and Biggs will continue to be the main architects of the music and lyrics, as they have been from the start. [Drummer] Jared has been with us for 5 years and 2 albums already, and we've known Andy for so long it feels like he's been in the band forever. To that end, rather than bringing in anyone new, Biggs will be taking over lead vocals on the upcoming EU/UK Faces of Death tour, the recently-announced Northeast U.S. dates with Killswitch Engage, and beyond — as he did on the second half of our recent North American tour with The Contortionist — in addition to continuing his duties on bass.

"Beyond touring, we have some exciting releases planned for the near future as well. Stay tuned for those announcements soon."

In this article: RIVERS OF NIHIL