When Linkin Park frontman Chester Bennington passed away on July 20, 2017, fans assumed it would be the end of Linkin Park. But the band is slowly but surely starting to consider their options.

Bassist Dave "Phoenix" Farrell noted in an interview late last year that the members do want to continue:

"It's a big question. I think the easiest way to answer it is probably just to say I don't know. And then I can expound upon that."

"The five of us, we still love getting a chance to hang out. We hang out quite a bit. I think we will do music again. We all want to. We all still enjoy being together and being around each other. But we have a huge process to figure out what we wanna do and what that's gonna look like. And I don't have a timetable for how long that'll take. I've never been down that road [or gone through] that process completely, so it's really hard to put a time or a day."

But how? In a new interview with Whole Lotta Talk, Mike Shinoda addressed the topic and said things have to happen naturally. When asked about a new vocalist, Shinoda responded:

“That’s not my goal right now. I think it has to happen naturally. And if we find somebody that’s a great person, and that we think is a good personality fit and a good stylistic fit, I could see trying to do some stuff with somebody. Not for the sake of like, replacing… I wouldn’t ever wanna feel like we are replacing Chester.”

He echoed the sentiment that the band is open to continue:

“We all thrive making and performing music and so, to not do that I think is hard. It definitely would be hard for me. I didn’t wanna spend last year not doing it and I knew the band was not ready to do it. So I wanted to go do it myself.

Similarly though, I know the other guys love to get on stage, they love to be in the studio and so to not do that would be.. I don’t know, almost like unhealthy. If doing that means that we need to have some other people in the mix in order to do it and do it well, then we would do that.”

It's all about the fans:

“As long as that connection and interest is there, that’s a driving force to figure it out.”

While it's hard to imagine anybody but Chester up front with Linkin Park, if the band were to find somebody good, and that fits, and has their own style – I think Linkin Park fans would accept them.

What do you think? Listen to the full interview below. 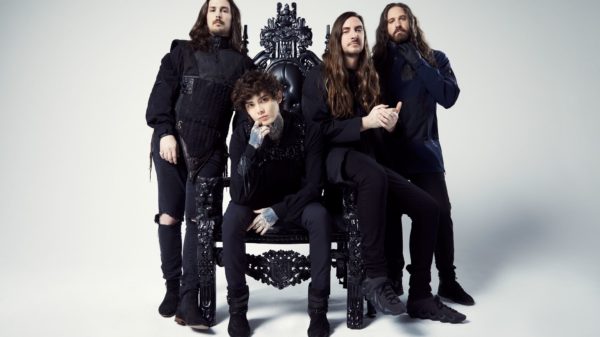