BLEEDING THROUGH Is Not Getting Back Together Despite Reunion Rumors

NERVOSA Parts Ways With Vocalist
There were some rumors floating around last week, but it's not what everyone thought.

Bleeding Through called it quits back in 2013 and finally ended after a tour in 2014. Vocalist Brandan Schieppati has a new band called The Iron Son, bassist Ryan Wombacher is in Devil You Know and everyone just sort of went on with their lives, musically or otherwise. Then, on December 10, everyone got stoked because the band took to its Facebook and posted this image with absolutely no context.

Posted by Bleeding Through – OFFICIAL PAGE on Thursday, December 10, 2015

Whoa, a reunion already? That was… quick. I mean, what else could an imagine with those words plastered on it possibly mean outside a reunion? Apparently it just means the band is getting back together for a show to benefit The Ghost Inside.

JUST SO YOU KNOW!!!! BT is playing a show to help raise money for our friends in The Ghost Inside pay for medical bills. Friends have each other's backs. BT is not getting back together anytime in the foreseeable future. This is about our friends needing help. We hope that people support this show and help raises funds for TGI. This is not an attempt at a comeback. I feel BT gave enough.

Hey, at least it's for  good cause! That was a weird way to announce it though… but still. Bleeding Through is doing a good thing here. So I guess Bleeding Through gets officially, finally once-and-for-all laid to rest in 2016, right?

In this article: bleeding through 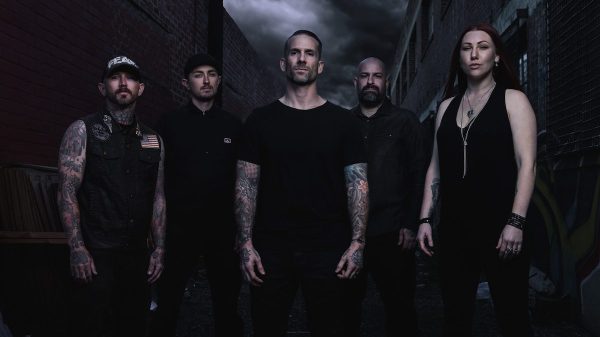 Get into the chugs now.

Ov Sulfur will be there on a few dates.

BLEEDING THROUGH Working On New Material