This is out of control. As I write this, today's Summer Slaughter show in Tampa, FL is being delayed due to a supposed shooting threat in the theater. The event is happening at The Ritz Theater, and at around 6:30 eastern time, Periphery guitarist Jake Bowen tweeted the accompanying photo.

We have exclusive information regarding the story. According to our source at the scene, a female attendee overheard somebody threaten to "shoot the singer of Job For A Cowboy" and promptly told officials. It is unknown if the person who made the threat has been apprehended or if he had a weapon on him.

Update: Security at the venue forced everybody to evacuate in order to re-examine their persons to make sure nobody had any weapons on them. The show is now back to normal, a few hours behind. No weapon was found. In order to make up for the interruption, the venue offered attendees free drinks. Not a bad deal. You can't blame security for being extra cautious in the wake of the recent movie theater shootings.

Job For A Cowboy drummer Jon "Charn" Rice sent this statement to Blabbermouth about the incident:

"Just to clarify the events that happened this evening, a note was passed to the bartender stating that during our set a man with two knives and a gun was going to hurt people. Cops were called and after the proper precautions were taken, the show set off again, albeit a bit behind. No one was hurt and everyone involved is safe."

Here is the official word from authorities, via Tampa Bay Online:

Almost 1,000 people, customers and employees, were evacuated from the Ritz Theatre, 1503 E. 7th Ave., before the Summer Slaughter Tour. A customer heard two other customers talk about shooting people once the concert started at the club, police said.

Management at the Ritz Theatre became worried and called police at around 5:34 p.m., police said. The club was evacuated from 6 to 7:30 p.m. and part of 7th Avenue was closed.

When police officers arrived, they evacuated the building and searched for weapons with a K-9, police said.

No weapons were found in the club and the people who had been evacuated were allowed back in.

Once people got inside, police officers got on stage and told the audience what had happened and why they were evacuated. The crowd erupted in cheers and applause and thanked the officers, police said.

Here is some video of the scene outside during the evacuation:

The Summer Slaughter tour features Cannibal Corpse, Between The Buried and Me, The Faceless, Periphery, Veil of Maya, Job For A Cowboy, Goatwhore, Exhumed, Cerebral Bore and special guests. Dates can be found here. Our previous video coverage of the tour can be seen here 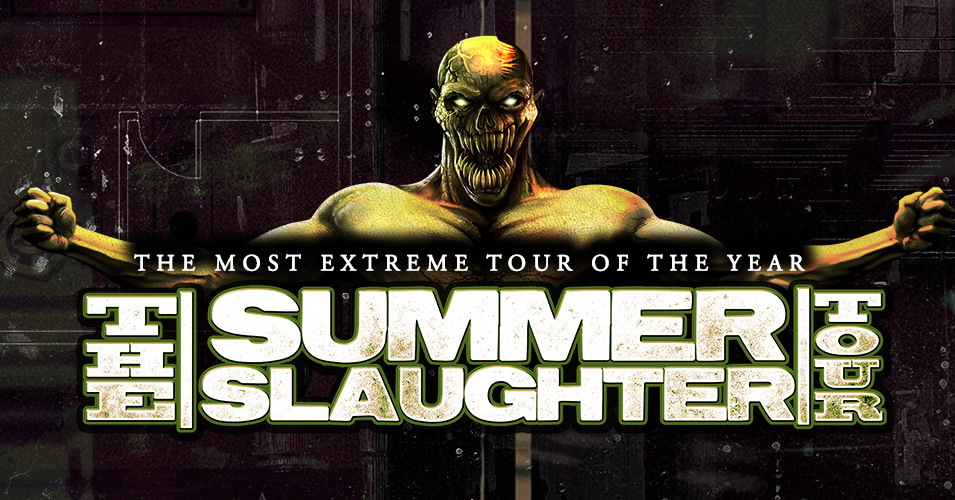 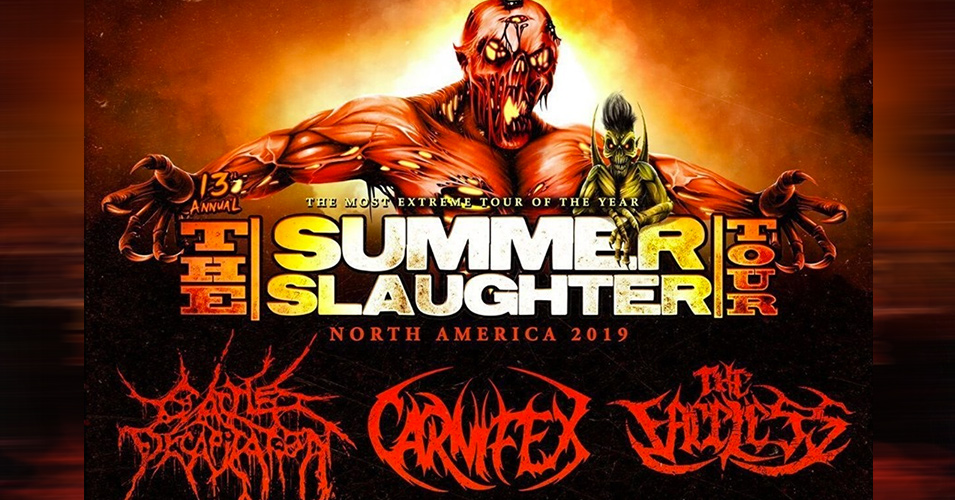 Plus Carnifex, Rivers Of Nihil, and more.

There is also an announcement tomorrow, if the rumor is to be believed.

“Due to unforeseen circumstances”