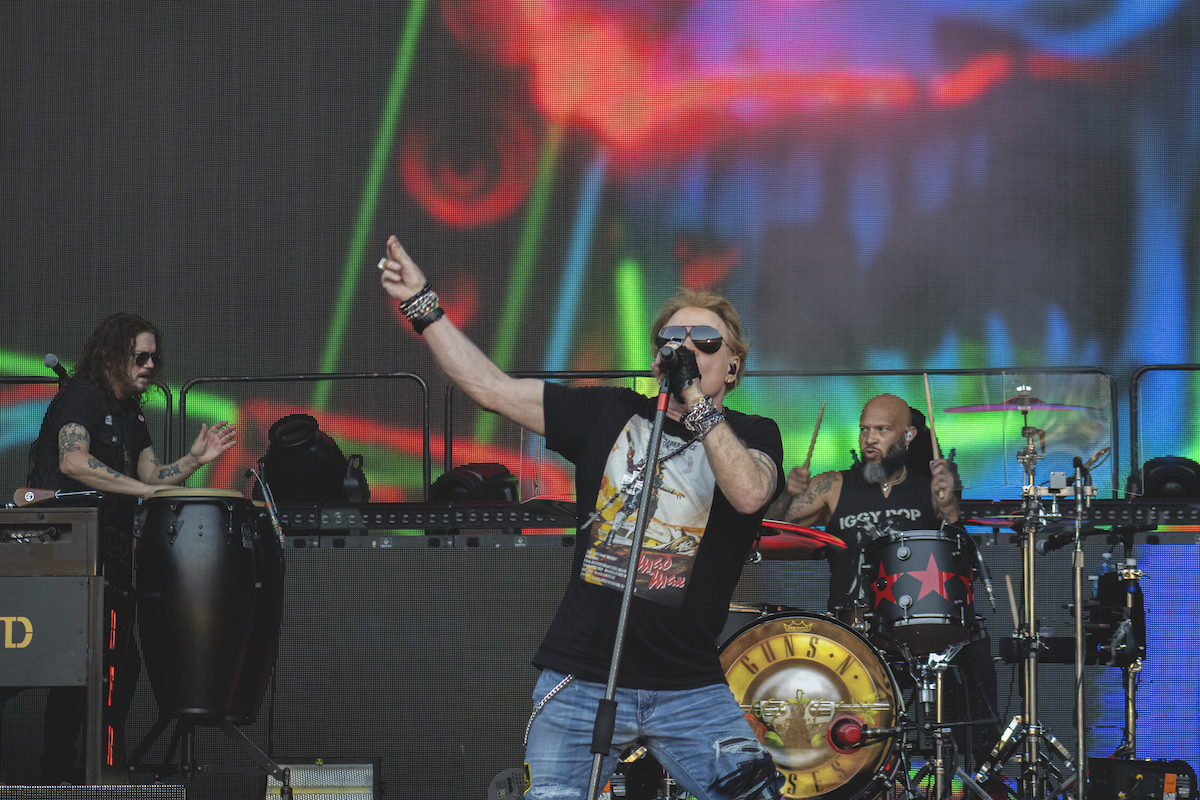 Guns N' Roses vocalist Axl Rose recently got himself into a bit of hot water when he threw a microphone off stage, as he usually does at the end of a show. One woman named Rebecca Howe then surfaced claiming that she was hit with the microphone, telling Adelaide Now upon impact she thought "Oh my God, my face is caved in."

Howe said she was escorted off to the side by an off-duty police officer, adding "What if it was a couple of inches to the right or left? I could have lost an eye … what if it hit me in the mouth and I broke my teeth? If my head was turned and it hit me in the temple, it could have killed me."

Rose has now taken to Twitter to address the situation, saying if Howe's claims are true then of course he didn't mean to harm her. Rose later adds that the mic throw is a part of the shows, but will no longer be due to any potential future injuries.

"It's come to my attention that a fan may have been hurt at r show in Adelaide Australia possibly being hit by the microphone at the end of the show when I traditionally toss the mic to the fans. If true obviously we don't want anyone getting hurt or to somehow in anyway hurt anyone at any of r shows anywhere.

"Having tossed the mic at the end of r show for over 30 years we always felt it was a known part of the very end of r performance that fans wanted and were aware of to have an opportunity to catch the mic. Regardless in the interest of public safety from now on we'll refrain from tossing the mic or anything to the fans during or at r performances.

"Unfortunately there r those that for their own reasons chose to frame their reporting regarding this subject in a more negative n' irresponsible out of nowhere light which couldn't b farther from reality. We hope the public and of course r fans get that sometimes happens. A BIG THANKS to everyone for understanding."

Guns N' Roses has been having a rough go of things in Australia, as Rose had to previously address fans flying drones too close to the band during the performance.