Aquanet Fix Back in the Day Fuck Yes! 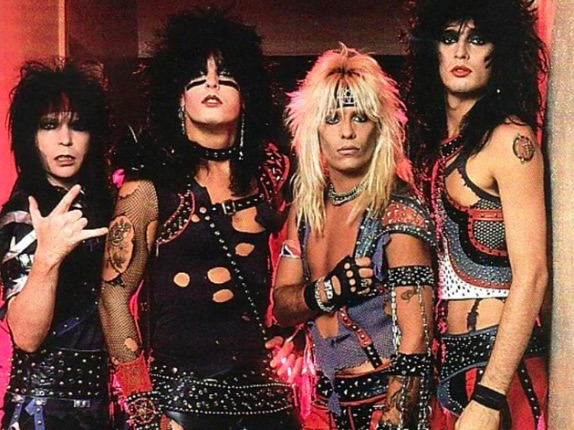 If you are a massive fan of Mötley Crüe, happen to be in the New Brunswick area of New Jersey, and have been trying to figure out what to do with that spare two-grand you have burning a hole in your wallet, then I have great news for you. Available (for pick-up only) is a set of custom-made 12-inch figures of the Shout at the Devil era of the band. Since this is old-school Crüe, the mad scientist/creator of these figures (presumably named Dr. Feelgood), has included various accessories such as four tiny bottles of Jack Daniels and two pitchers of beer, which leads me to believe the band was taking it easy for a change in the party favor department. The figures are decked out in authentic-looking studded outfits, and 80s hair and makeup. They also come with their gear, including a sparkly-red drum kit with pentagrams on the bass drum heads for Tommy, a black and white Gibson Les Paul for Mick, a microphone stand for Vince, but strangely, no Bass for Nikki. However, the Nikki Sixx figure is flexing the devil horns correctly with his right hand, so extra points go to the mysterious creator of these figures for their attention to this important detail. Let's take a look at mini-Mötley Crüe: 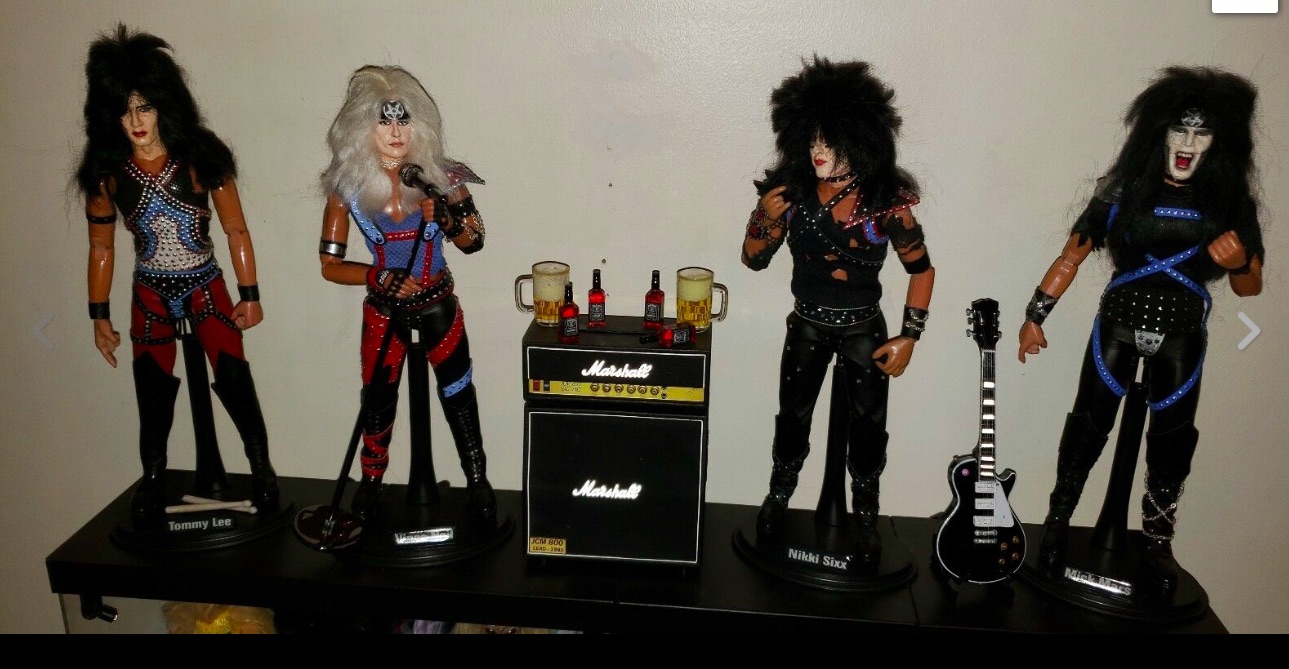 Also included in this one-of-a-kind set of Crüe figures is a little Marshall amplifier and stands for all the figures with their names on them. Of all of the figures, the one of Mick Mars is a real standout (much like the guitarist's musical chops), as his face is permanently frozen in one of his signature looks–mouth gaping, baring his teeth like a heavy metal vampire. Again, the eBay seller has specified this is a pick-up/cash-only transaction and is asking a cool $1,999 for the set–which is a fun way to include the numbers 666 in the listing, I suppose. While this is a shit-ton of cash to spend on something you will ultimately lock away in some sort of display case, the figures of Tommy, Vince, Nikki, and Mick appear to be really well done, and I'm sure someone out there will agree and realize they can't live without them. More pictures of the Mötley dolls follow, as well as another item which may be of interest, a 12-inch figure of Bruce Dickinson of Iron Maiden (also a pick-up/cash only deal), priced at $299.99.