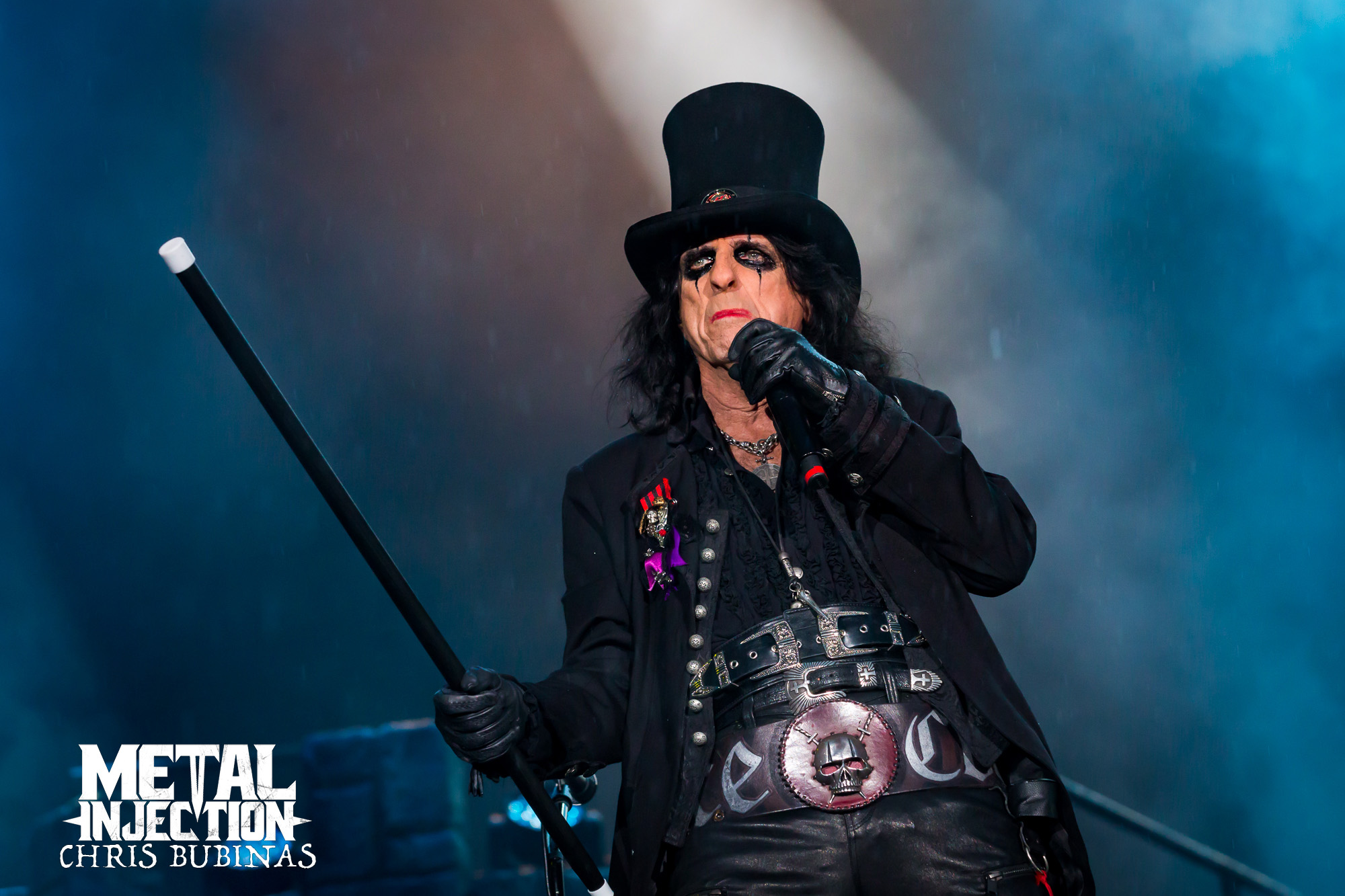 Coming off the recent news that he's been recording with his original bandmates, Alice Cooper's Christmas Pudding shows added Rob Zombie and Sammy Hagar to the lineup of rockers that will be getting in the holiday spirit together on Saturday, December 3 at the Celebrity Theatre in Phoenix, Arizona, where Cooper resides.

The 20th annual holiday shindig is a fundraiser to directly benefit the free music, dance, arts, and vocational programs available for teens at Cooper's Solid Rock Teen Centers. In addition to Hagar, Zombie, and Alice himself, sets from Arizona boys Gin Blossoms, Sixwire, Wally Palmar of The Romantics, and comedian Jim Breuer are all expected to perform.

"We are excited to be celebrating our 20th year with a stellar lineup of talent who dedicate their time and passion to help us raise funds for our Rock Teen Centers," said . "We are grateful to everyone who continues to make this one of the finest shows in the Valley and promise another memorable evening of music and mayhem!"

In other Alice news, fans of the glory days of the original Alice Cooper Group have been quite happy since Cooper confirmed that he's been writing and recording with the remaining members of the original band (guitarist Michael Bruce, bassist Dennis Dunaway, and drummer Neal Smith).

“We’re working pretty close right now,” Alice told Ultimate Classic Rock as part of a Q&A panel at the Motor City Comic Con, this past weekend in The Coop's beloved city of Detroit. “We wrote, like, 12 songs together [for future projects].”

Smith, Dunaway and Bruce all guested on Alice Cooper's latest LP, Detroit Muscle, playing on the tracks "I Hate You" and "Social Debris." They also made scattered appearances on Cooper's 2017 LP, Paranormal.

Alice didn't indicate any kind of timeline for what he seemed to hint would be a full album, described as a “real, total Alice Cooper project.” And while he didn't fully elaborate on what that meant, Cooper did reveal who else was working alongside him in addition to Smith, Dunaway, and Bruce, telling Ultimate Classic Rock that he's paired up again with producer Bob Ezrin (Pink Floyd, Jane's Addiction), who also produced Detroit Muscle.