SVALBARD "Disparity" Will Make You Want To Repeat It All Damn Day!

Heavy Metal Underground is a new feature where columnist Alex Phillips will look to the unsigned bands, and pick out ones he feels deserve a spotlight shined on them. His debut column focues on a Saudi Arabian band, Al-Namrood.

Since 2008 Al-Namrood, an oriental/black metal band almost unknown to the West, have self-produced an EP and three full-length albums, and appeared on a split with the bands Ayyur (Tunisia) and Dhul-Qarnayn (Bahrain), all released through Canadian label Shaytan Productions. Al-Namrood’s members live in Saudi Arabia, where their unknown status is more of a perverse luxury than a career limitation. They live in a country whose government-sanctioned morality police can enter your home without cause and force you to submit to unwritten theocratic law, whether you agree with it or not. This is a country where speech is not free, where divergent opinions are met with hostility, where women are not allowed to drive cars, and where imported laborers sometimes have their passports confiscated and are worked in slavish conditions. Al-Namrood keep their band secret from outsiders—meaning their own neighbors. The band rehearses and records, yet there’s no local metal scene in which to showcase their music. Performing live is not only impossible, but suicidal. Saudi Arabia is a country where the accused—apostates, thieves, adulterers, even witches—have no access to due process, and if convicted face execution by hanging, stoning, or beheading.

So in order to keep their heads, the three members of Al-Namrood go by pseudonyms: Mudamer (vocals), Mephisto (guitar, bass, & oud), and Ostron (oriental instrumentation & composer). I wanted to learn how the band has managed to record three albums in such a hostile environment. Mephisto replied to my email, politely stating that he would be happy to answer any questions, but the bandmembers would neither reveal their names nor provide photographs. He went on to explain that music studios are forbidden in Saudi Arabia, and that professional audio technicians are nowhere to be found. Rather than travel overseas, the band chose to handle their own production. They set up a private home studio, away from the eyes and ears of neighbors and religious police, and taught themselves how to record and produce.

I pressed for more details. Why is playing extreme music in Saudi Arabia so dangerous? What happens to musicians who are caught being musicians?

If a cleric judges a musical project to be in conflict with Islamic law—which, Mephisto said, is almost always the verdict—then the musicians can be brought up on charges of apostasy, which is the renunciation of one’s religious or political allegiance. The convicted are sentenced to death. There are no rights for the accused, no recourse for appeal, no way to save yourself.

So why risk offending the clerics? Why do Al-Namrood risk death for their music?

Mephisto was frank about what motivates the project: “Saudi Arabia is the biggest motivation you could ever get to start a black metal band.” The statement proves that these guys have both dedication and some serious balls. I think of Varg Vikernes (Burzum’s Count Grishnackh) and other members of the infamous Norwegian clique, who turned to reactionary principles and chose to live as outcasts in their own country. Black metal became the subversive movement to rally around, the rejection of modern, Christianized Scandinavian culture cited as the motivating force. And when enough of these exiles-in-residence got together, violent things happened. Murders and church arsons. Norwegian media spun the story, which gave the black metal scene enormous publicity—not at all what the outcasts wanted. Secular authorities handed down the harshest possible sentences where they could. Yet despite their crimes, neither Varg Vikernes nor his cohorts were ever at risk of being executed by the state for something as trivial as their music. Today, good ol’ Count Grishnackh is alive and well, out of jail, and is free to produce his tabletop role-playing games, Eurocentric ideology, and albums of questionable quality. I know I’m beating the point into the tundra, but the fact remains that the sovereign nation of Norway, despite the black metal scene’s members having committed arson and murder, still does not consider one’s membership in a metal band a sin worthy of death.

But my interest in Al-Namrood isn’t based solely on the dangers the band faces. Consider that they have no audience to play for. The project has almost zero chance of earning an income. Does the band exist for its members’ own gratification, or do they have greater aspirations in mind? What could an Arabian black metal band have to say that’s worth hearing? And what’s so special about their music?

Translation: “Al-Namrood” ≈ “He the non-believer.” It’s a reference to that most hubristic king of ancient Babylon, known in English as King Nimrod, a mighty hunter and also the rebel who erected the Tower of Babel. Since the Arabic lyrics are beyond my comprehension, I asked Mephisto to describe Al-Namrood’s thematic vision. He outlined a mix of biblical, Babylonian, and early Arabian history, from Babylon and Nebuchadnezzar to the ancient holy wars to the many gods of Pre-Islam Arabia. What the European metal scene has done for their many cast-aside ancient gods (resurrecting them, essentially), Al-Namrood is doing for Arabia’s: a strange pantheon with names like Al-Qaum (God of War), Manat (Goddess of Fate), and Hubal (Chief God of Gods). That they do so in Arabic further tells of the band’s fearlessness. They dare to remind their own repressive culture where it came from. Mephisto expressed a universal sentiment of the metal community in an Arab’s terms: “Many people in [Middle Eastern countries] who oppose the band think that we are delivering a war on Islamic countries and encouraging protesters to go against governments. We [aren’t] much welcomed in Arabian societies.” Not that native Arabic speakers would understand the lyrics if they heard them; Mudamer’s vocals are as raw and monstrous as any in black metal. What does translate across culture and language—as with all metal—is the music itself. Al-Namrood’s musical style is comparable to that of Chthonic and simultaneously Darkthrone, early Immortal and Nile, even at times to Emperor. Mephisto cites Marduk, Behemoth, and Funeral Mist as Al-Namrood’s strongest black metal influences (but “To share the stage with Nile and Melechesh would be a great honor”).

Still, Al-Namrood have their own distinct flavor. While structurally and sonically black metal, the oriental sound sets them apart. “Metal is a magnificent, concrete style of music, but oriental music is a spirit refresher,” Mephisto said. “It was a simple matter to indulge the traditional Arabian musical influence.” To that effect the band incorporates instruments such as the Oud (a pear-shaped ancestor of the guitar), the Ney (a type of end-blown flute), the Kanun (a many-stringed instrument not unlike the zither), and the Darbuka (also known as a goblet drum), tuning these on the oriental scale while using standard tunings for the metal instruments. Using a digital tuner for guitars along with the other instrumental tuners help to give Al-Namrood their unique sound. The result is a mix of wandering styles, seemingly at odds if not in conflict with one another, but never wandering so far as to create a dissonant or amelodic sound.

As I’m not much of a musician, I won’t flail about trying to describe the technical aspects Al-Namrood’s music (click the links to listen and judge for yourself). While not of the greatest production quality, their recordings are surprisingly clear, not muddy or thin or hollow like you would expect from self-produced work. Even the band’s initial EP (Atba’a Al-Namrood) has distinct instrumentation and discernible melodies, a welcome change from black metal’s all too common cats-being-tortured-in-a-cement-room epics. The quality only improves on successive records.

Regarding percussion: Al-Namrood does rely on a drum machine. I was certain Arabian drummers of black metal caliber would be hard to find. Mephisto confirmed my suspicion. “We have a drum kit, but finding a permanent drummer was the biggest problem for us.” He explained that there is only one store in Saudi Arabia that (legally) sells basic rock instruments, guitars and mics and simple drum kits, but none of it is not good enough for metal production. (The Arabian instrument market is thriving online, at such sites as expatriates.com.) “And when my guitars break, I have to ship them overseas for repair. There are no specialized techs available. Even strings are hard to come by!” Often they are forced to pay double what we in the West would for equipment, because of international shipping rates. They order almost all their gear online and ship via a US Postal Service account to neighboring Bahrain, where they retrieve the gear and drive it home—all the while keeping the contraband apostate instruments and gear hidden, secret. The shipping weight of an amplifier alone can cost as much as the amplifier itself.

To those of you who have read this far, it should be abundantly clear that I enjoy Al-Namrood’s music. That said, I know that metal fans are a picky, critical bunch. Not all of you will like Al-Namrood. You don’t have to. After all, why should you give them a moment’s attention when the stage is already so crowded? Finland is hemorrhaging metal these days. Norway and Sweden and Germany and Israel and Japan and Australia. Why take a chance on three dudes, toiling in secret somewhere in the Arabian desert, producing black/oriental metal despite the very real danger of being dragged before the swordsman, and made to kneel? If that’s not a metal enough reason, I don’t know what is.

Al-Namrood are releasing a limited edition box set, which will be available later in 2012, and they are planning to write their fourth studio album, to be released in 2013, both through Shaytan Productions. 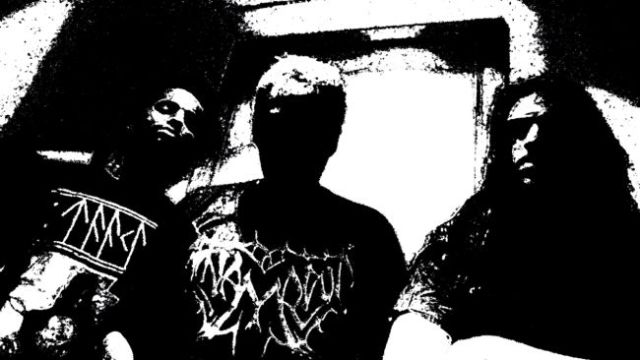 It's been three years, but Al-Namrood has returned! 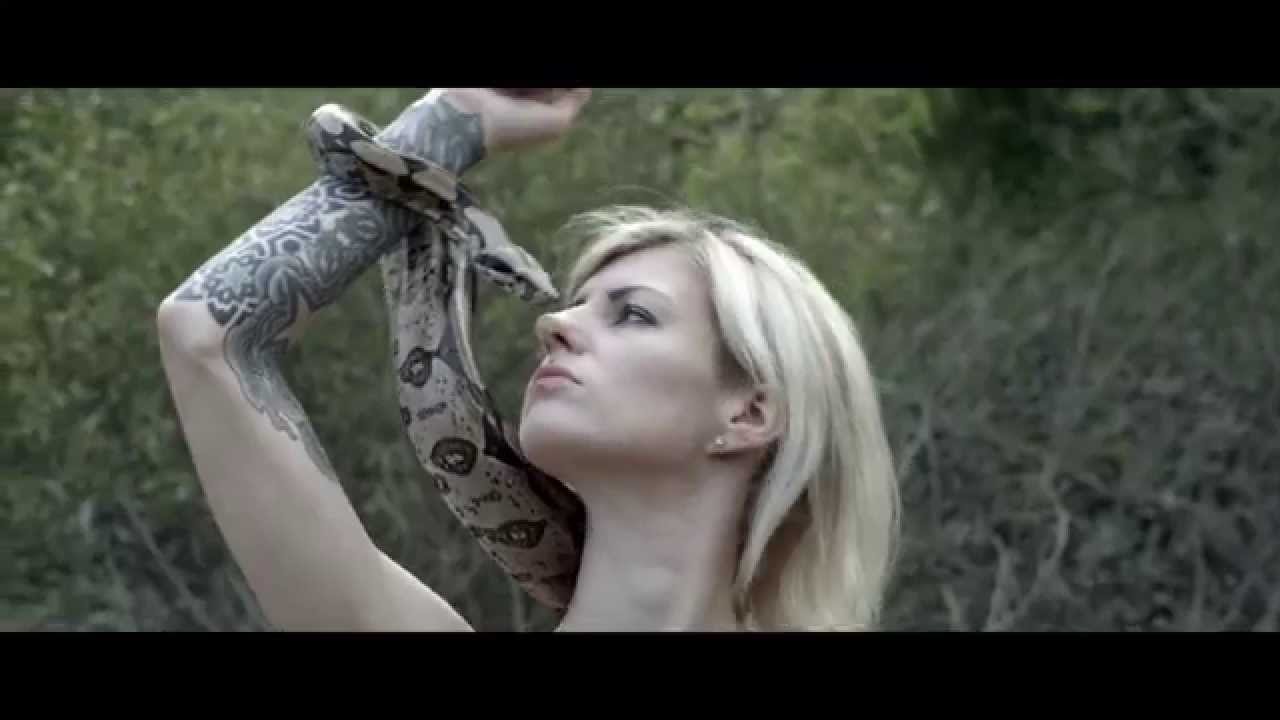 Good as always, terrifying as always.

This is definitely going to be the most interesting thing you'll read all day.

The theocracy in Saudi Arabia recently gave its penal code a revamping, ostensibly to bring the kingdom’s policies in line with those of Western...