TURNSTILE Splits With Founding Guitarist BRADY EBERT
"In the end, we just didn’t want whatever defeated him to defeat us as well. And in the situation, if the roles were reversed, I wouldn’t want the band to stop playing."

After The Burial guitarist Justin Lowe tragically passed away in 2015 after having a serious mental breakdown, escaping his family's care, and ultimately committing suicide. It was a shock to everyone, and particularly harrowing for the band considering its members were in the studio recording Dig Deep.

I can’t recall the exact dates, but the band being from Minnesota and me being in Florida, they were already there a couple of days. I showed up a couple of days after them. They were setting up, and a lot of stuff that didn’t really involve me. When I got there, they’d just gotten everything dialed in. They were ready to roll. When I got there, it was the same day Justin left, so I never got to see Justin. I spoke to him on the phone two days before I got there, and he was fine. We were laughing on the phone, joking around. I didn’t notice anything out of the ordinary. He sounded like himself. He said, “Have a safe flight, see you soon.” And I never got to see him after that. I never got to talk to him again.

We didn’t even know. Trent [Hafdahl] and Dan [Carle] were there in the studio with Justin, and they didn’t tell me anything. I guess the night before I’d gotten there, they knew something was wrong, but I guess they thought he was just too stressed. Times were hard on us before we got to the studio, so they didn’t want to freak me out before I got there, which would have happened anyway. Dan picked me up from the airport, and when we got there, Trent was standing outside of the studio, sitting on a curb. And as we were pulling up, Dan said, “Hey, I gotta talk to you about something.” And I’m looking as Trent comes walking up, and I’m thinking, Are they gonna kick me out of the band or something? And they broke it down for me—that Justin wasn’t doing well, and he went home. And they said, “So…we’re here. There’s three of us. We understand the situation, we just want to know what you want to do.” And I said, “Let’s make a fucking record.” And Dan was like, “Oh god, I’m so glad you said that.” They were so relieved we were all on the same page—we’re here, let’s do it, let’s try and make a record.

He also discusses the band finding out about Lowe's passing, considering not doing the record, and considering calling it quits.

We found out through a friend… Well, we kind of put two and two together. We saw a news report from a really small town the day they found the body. And I just knew. I didn’t know the area that well, apart from St. Paul. But I asked them, when I saw that report, I asked them, “How close to that was his car found?” And they said right nearby, right under it. When it was confirmed, we all broke down. We didn’t talk to each other for a few days. And then we talked to each other. There was that consideration. We talked about if this was a sign that we should hang up our guns, or start a new band altogether, that maybe this was the end of After the Burial.

We thought about it. It wasn’t just a fleeting thought. We considered it. In the end, we just didn’t want whatever defeated him to defeat us as well. And in the situation, if the roles were reversed, I wouldn’t want the band to stop playing. I’d want them to keep playing, and be as happy as they can. It’s rough. Your whole world gets flipped upside-down, and nothing’s safe anymore. You don’t know anything. Everything’s this big huge question. Which sucks. That’s not a fun way to live, worrying about your future.

There's really nothing else to say – this had to have been, and still is, absolutely heartwrenching for the band and it can't be easy to carry on without Lowe.

In this article: AFTER THE BURIAL, justin lowe 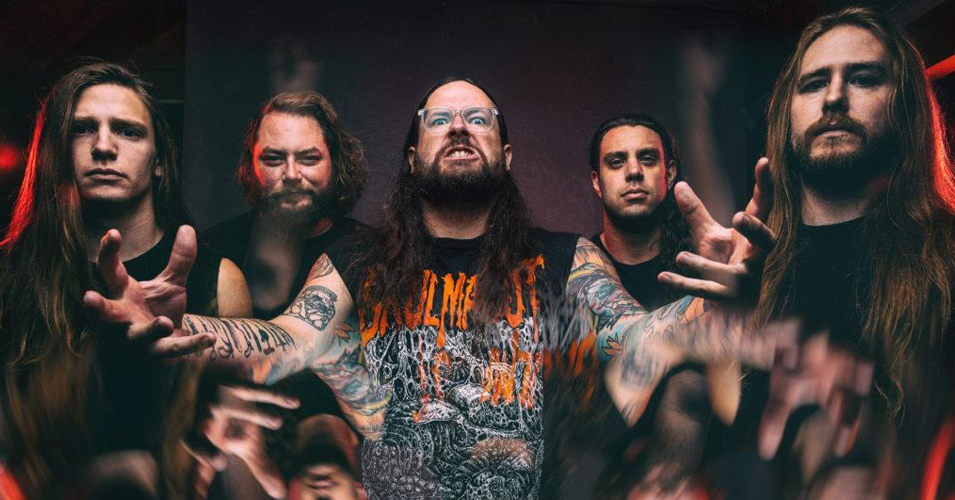