Actor STEVE CARELL On Meeting His Doppelgänger ALICE COOPER: "He Couldn't Have Been Nicer" 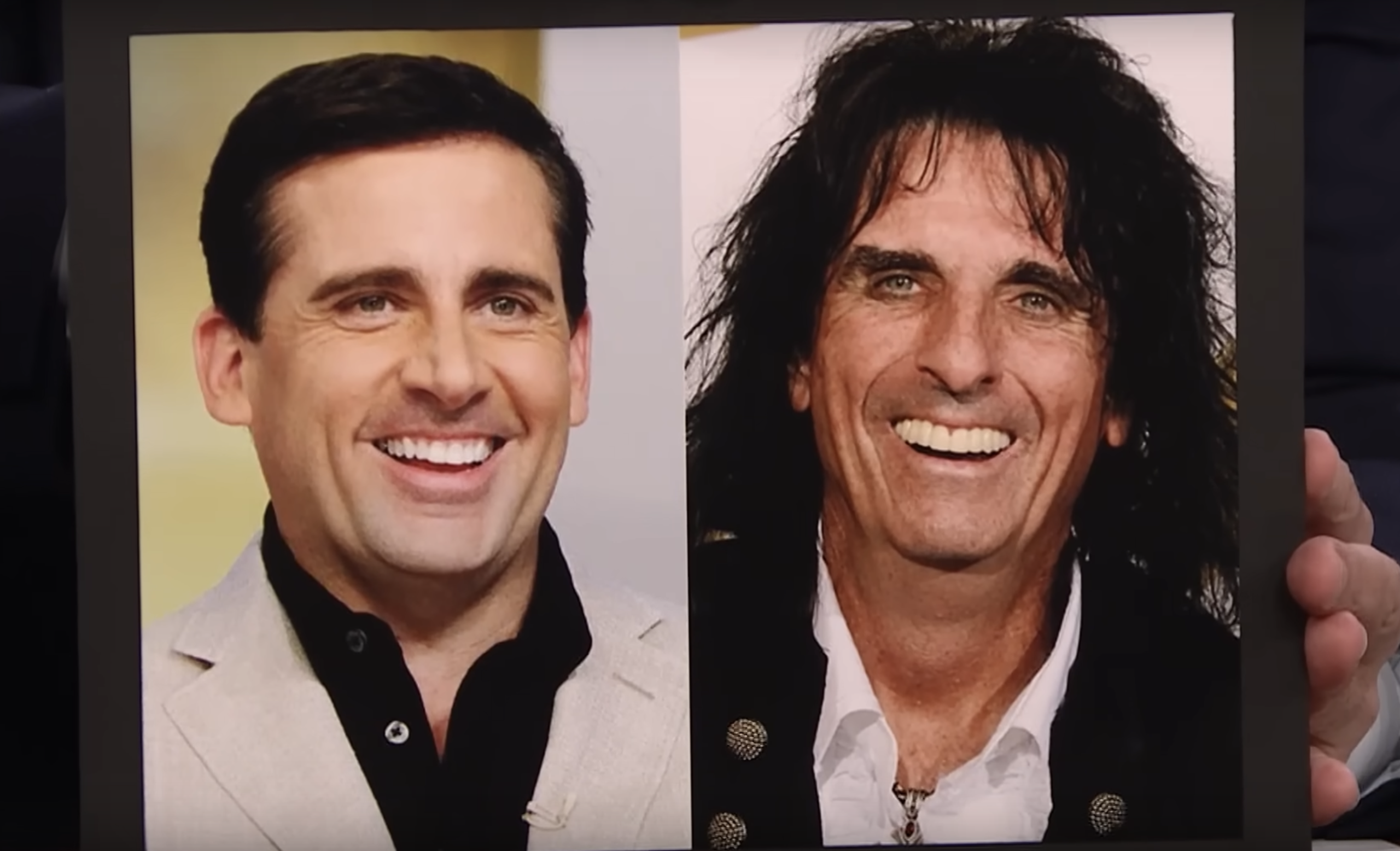 When it comes time to cast the lead role in an Alice Cooper biopic, Steve Carell will undoubtedly be at the top of the list to play the legendary shock rocker. Even without any makeup, the likeness between the two men is uncanny. Which is why during a stop on The Tonight Show with Jimmy Fallon, the Detroit rocker came up in conversation between Carell and host Fallon.

"The thing about Alice Cooper," Fallon then revealed, "I've met him once before and he could be whatever. He could be like a rock guy who's like, 'Whatever man.' But he is the nicest human. I was like, 'Oh my god. I love Alice Cooper.' I just wanted to hang out with the guy." Carell then added, "He walks into a room and he's unmistakably Alice Cooper… I think if you're Alice Cooper, you have to own being Alice Cooper." Carell was promoting his newest animated film, Minions: The Rise of Gru. Cooper, meanwhile, will be back out on the road as part of his Detroit Muscle tour this fall. You can find those dates below.