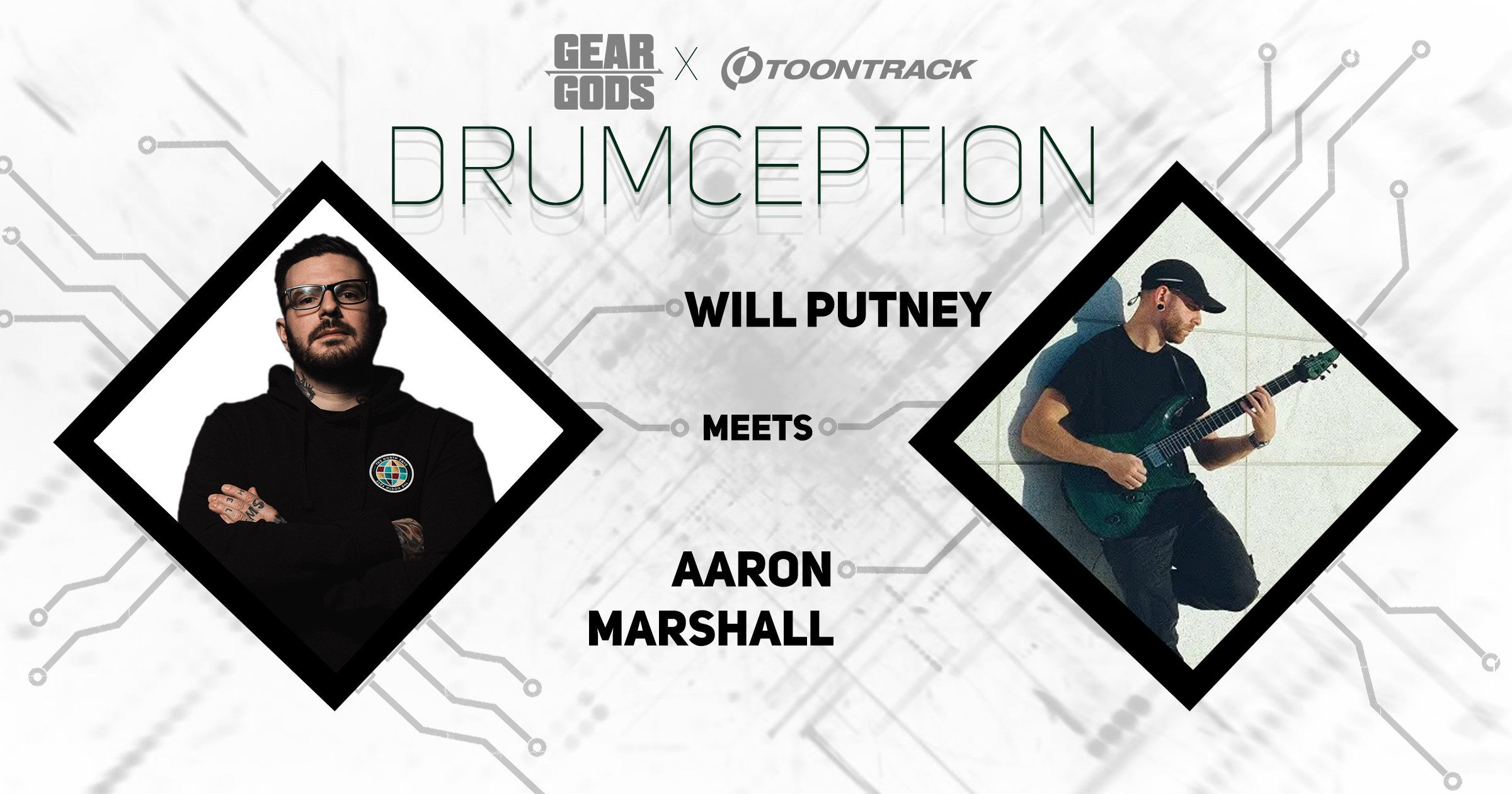 Episode #2 of Drumception 2020 is here, pairing up drums by producer/mixer/engineer and Fit For an Autopsy songwriter Will Putney with Intervals mastermind/guitarist Aaron Marshall!

The drums for this year’s collaborations were written and recorded using Toontrack’s Modern Metal EZX expansion for EZDrummer 2, which features tones crafted by Putney himself at his own Graphic Nature Audio studios in New Jersey.

Drumception is part of Toontrack’s annual Metal Month! Still to come are collaborations between Putney and Robb Flynn (Machine Head) and Kevin Antreassian (ex-The Dillinger Escape Plan), each writing their own song over the same drum track provided by Will.

As part of Drumception, we’re also inviting fans to write their own song over Will’s drums! We’ll choose our favorites and award prizes as follows:

In this article: Fit For An Autopsy, INTERVALS, will putney

As crunchy as it gets.