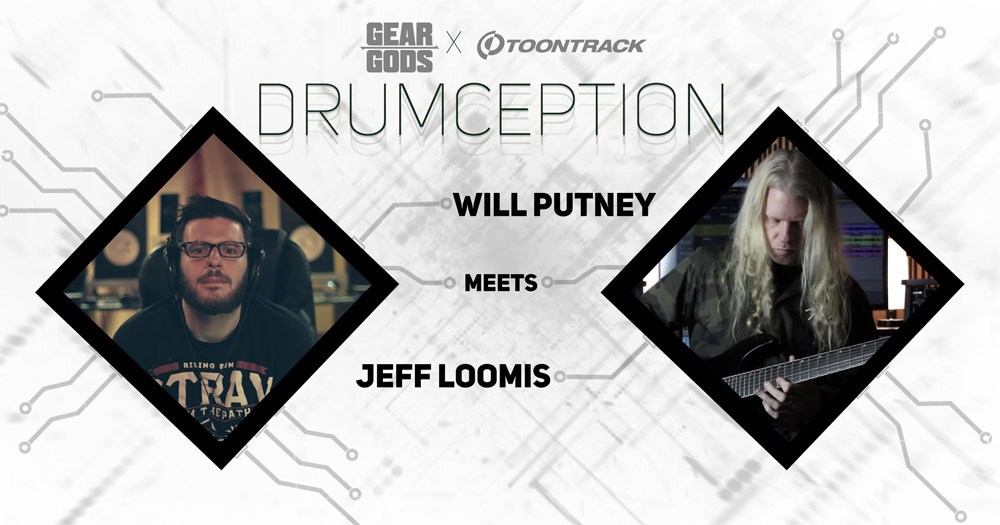 Drumception 2020 is here, and it features some of our biggest and boldest metal musician collaborations yet!

Our guitarists this time around come with no less impressive resumes: Jeff Loomis (Arch Enemy, ex-Nevermore), Robb Flynn (Machine Head), Kevin Antreassian (ex-The Dillinger Escape Plan) and Aaron Marshall (Intervals). Each will be writing their own song over the same drum track provided by Will.

Today we’re pleased to unveil Will Putney’s collaboration with Jeff Loomis, which you can stream at the bottom of this post. Stay tuned each and every Monday of November for a new Drumception entry!

To cap it off, we’re inviting fans to write their own guitar song over Will’s drums. We’ll choose our favorites and award prizes as follows: