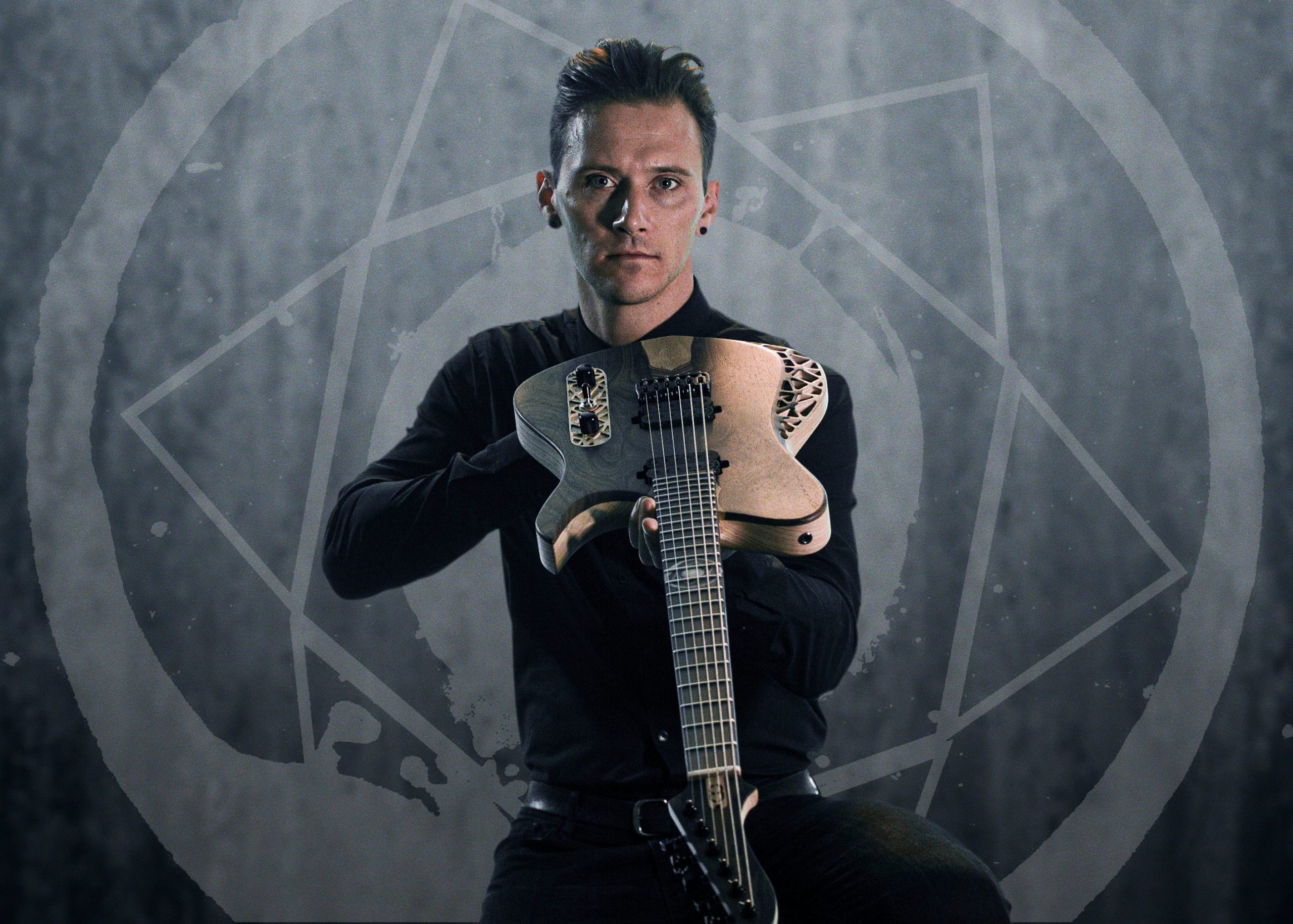 Tesseract's Daniel Tompkins has taken a hot minute off from the English prog-djent outfit to drop a new solo track, the industrial metal-fueled "Frenzy." It comes on the heels of a single release last week for another solo cut, "The Abyss"

"I've had these songs in the pipeline for some time after a spell of writing last year," said Tompkins. "They showcase a different side of me that's been bubbling away. I really felt like I needed to ramp up the energy and these two tracks definitely get me excited for the new album that I'm working on with Mac Christensen (Deeper Kind) and Paul Ortiz aka 'Chimpspanner'"

"'Frenzy' is a full-frontal assault – it's like screaming in the mirror at yourself to keep going. I wrote these songs last year, handled the guitars, all tracked with my OD Guitars 'Cybele' and decided to bring in Deeper Kind as a co-producer, on these two songs—he's really helped to bring them to life." You can check out both tracks below.

Tompkins released two solo albums in 2019 and 2020, respectively: Castles and Ruins. In addition to working on a third LP, Tompkins teamed up with the Newcastle, UK brewery Alpha Delta to launch his own Liquid Hype double IPA. If craft beer is your bag, you're going to want to read the details of the brew here. Sounds delicious!

Back in May, Tesseract shared some photos from the studio where they are working on their fifth album and follow up to 2018's Sonder. Before that, the band released the Regrowth EP, featuring the two singles "Hollow" and "Rebirth," to benefit Ukraine. The proceeds are set to be donated to the Regrowth Disasters Emergency Committee (DEC) as they continue to aid those in Ukraine.

Regrowth is available for purchase here. In the meantime, Tesseract has been announced as one of the performers at In Flames' Dalhalla Brinner festival on August 6 in Dalhalla, Sweden. Sounds like busy summer for Daniel Tompkins!

In this article: Daniel Tompkins, tesseract