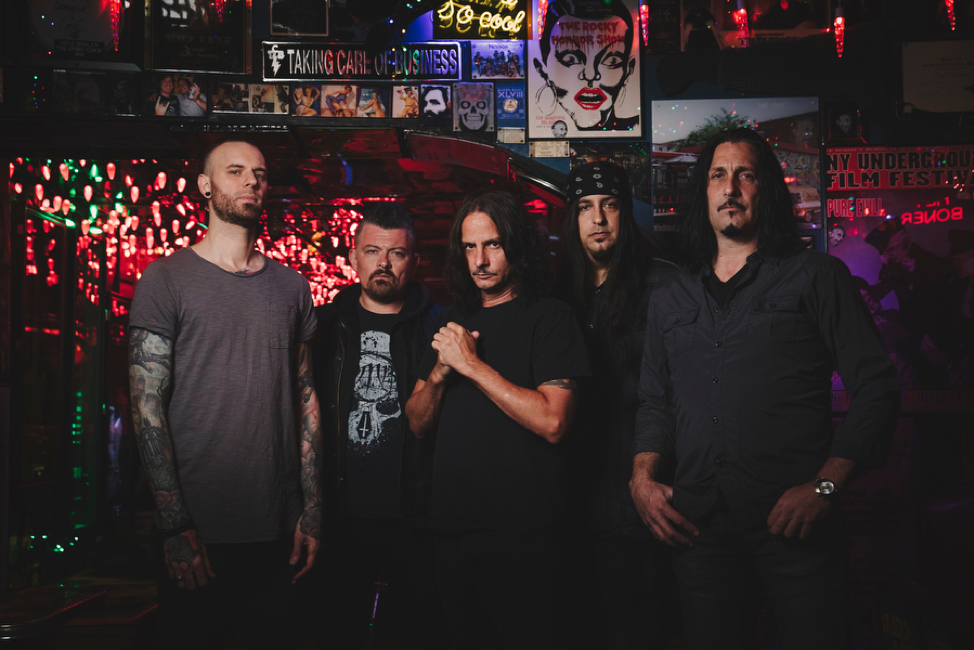 Today, their collective talents in atmospheric dark song writing comes to fruition in a new single titled "Right Of Passage" off the album, and showcases the band's heavier, brooding, and more "Type O" side. Check it below and make sure to pre-order the album here before its release.

“There’s something wrong with my generation: the 90’s generation of musicians specifically. Why we were so prone to suicide and OD’s is still a question to be answered with any clarity. “Right of Passage” poses the question of whether we have the inherent right to choose our own time and type of death. I had my own botched attempt at suicide in 2009 and I’m happy now it wasn’t successful. The artwork for the single release of this song is an actual picture of my face after I was hit by a truck in 2018. I broke my face and head and severely injured my shoulder and had multiple surgery’s since. Survival is often a serious pain in the ass.”

They're wondering about the dead.