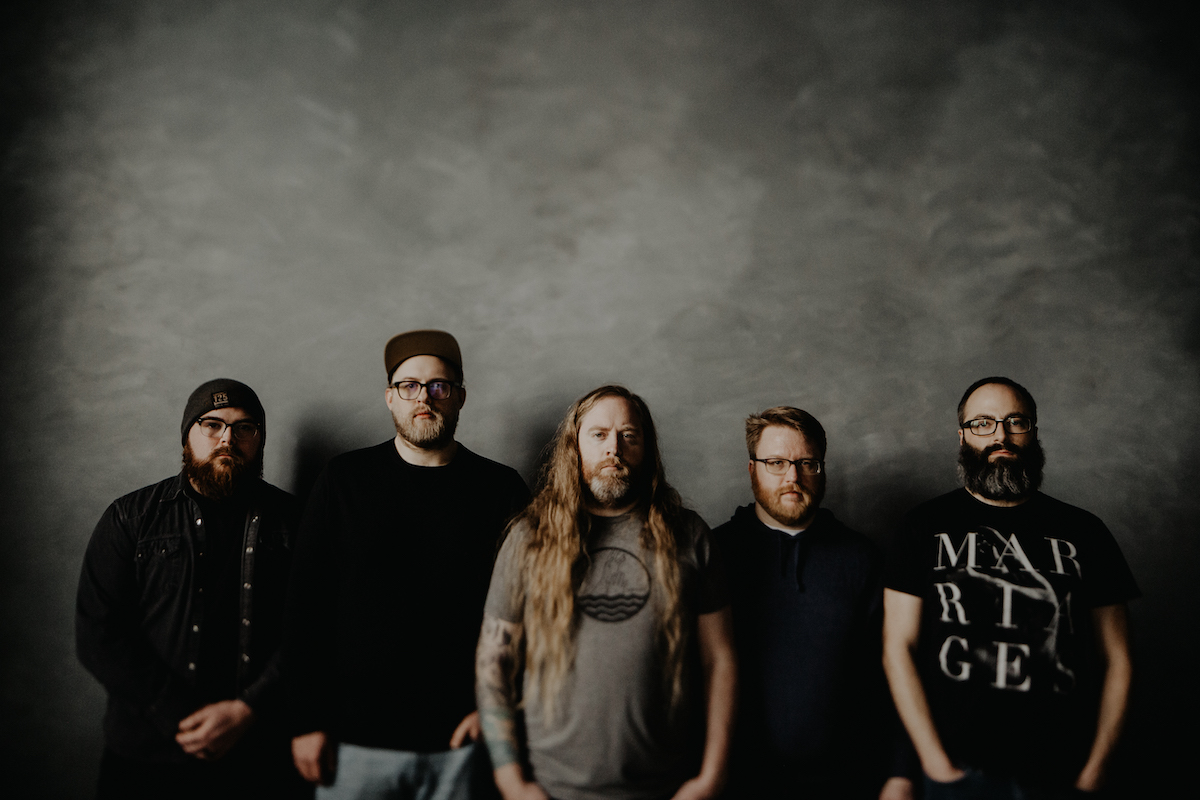 Earthrise is now streaming their epic, crushing new single "The New Man" from their coming record . The record looks at historical moments through the eyes of Laika, the first animal to orbit the Earth, all framed within the context of lumbering progressive metal and monolithic riffs.

Earthrise will release their first new record in a decade Until We Rest Beneath the Winter Way on October 14. Pre-orders are available here.

"Until We Rest Beneath the Winter Way frames vignettes into the life and times of Laika, the first animal sent into Earth’s orbit. Each track on UWRBTWW represents a slice in history, as she endured it. The album culminates with her launch aboard Sputnik II, the second major event in humanity’s reach to the heavens, symbolized by a lifeless canine body orbiting the Earth for months on end — a somber meditation on humanity's innumerable self-inflicted tragedies, as if stuck in orbit, forever.

"Our third single, 'The New Man,' is the first track on the album and sets the political lens through which Laika’s story is viewed.

"After the successful launch of Sputnik I in October 1957 signified the dawning of the Space Age, Soviet premier Nikita Khrushchev gave a surprise announcement that Sputnik II would launch in November as a further demonstration of Soviet prowess. By establishing space superiority, Soviet leaders aimed to show that communism would allow The New Man to emerge – idealized citizens made possible by an overabundance of Soviet resources and scientific development.

"This idea of The New Man was propaganda. It soon became clear that advancements in the Space Race were not made solely in the name of scientific progress, but to exhibit capability of nuclear payload delivery. Soviet leaders intended to prove the USSR'S military dominance to the world and would not let anything stand in their way – least of all an insignificant stray dog.

"The New Man standing as a harbinger of nuclear catastrophe is the foundation upon which Until We Rest Beneath the Winter Way is built."

In this article: Earthrise