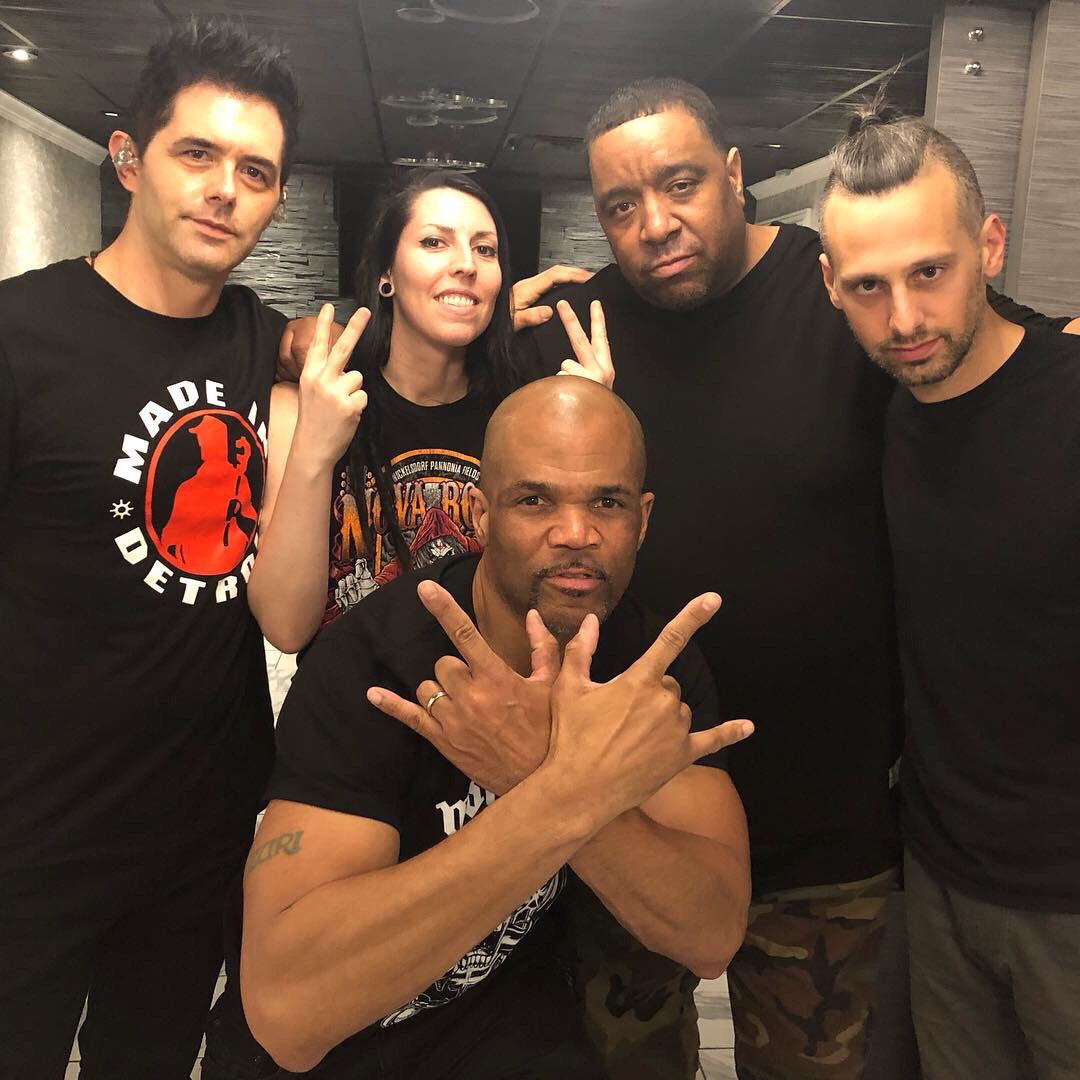 Legendary artist, Darryl “DMC” McDaniels of RUN-DMC, has joined forced with incredibly talented Life of Agony drummer Veronica Bellino (who you may remember from the "Hey Doyle" web series) as well as veteran players David Filice, Rich Devletian and DJ Charlie Chan for a rap/rock supergroup they aptly call DMC And The Hellraisers.

As their first order of business, the group just released an explosive new single titled "Monster" just in time for Halloween, and it's hella catchy.

Veronica Bellino, who sings the chorus lines, tells us “The song has a lot of potential meanings. It could be an everyday monster like the evil people we sometimes see on the news, or maybe it’s the monster we create in our own heads. To us as a band, it represents what we call the ‘mental health monster,’ which lies behind the fake smile we wear to cover those dark realities. That is represented in the video by the weird, creepy smile of the man’s mask. Behind that, he is disturbed, and he’s in the house isolated and freaking out as the mental health monster eats him alive. The line ‘You better leave the light on’ is our way of saying, a breakthrough is possible if you let a little positivity shine through the darkness.”

Darryl “DMC” McDaniels says of the song “I love playing with these musicians. We’re a drummer/singer, guitar player, bass player, deejay and an mc that came together to have fun writing and performing together. For me that’s the essence of being in this business.”

DMC and The Hellraisers are working on an EP to be released in 2021. Take a listen below:

In this article: DMC and the hellraisers, run dmc 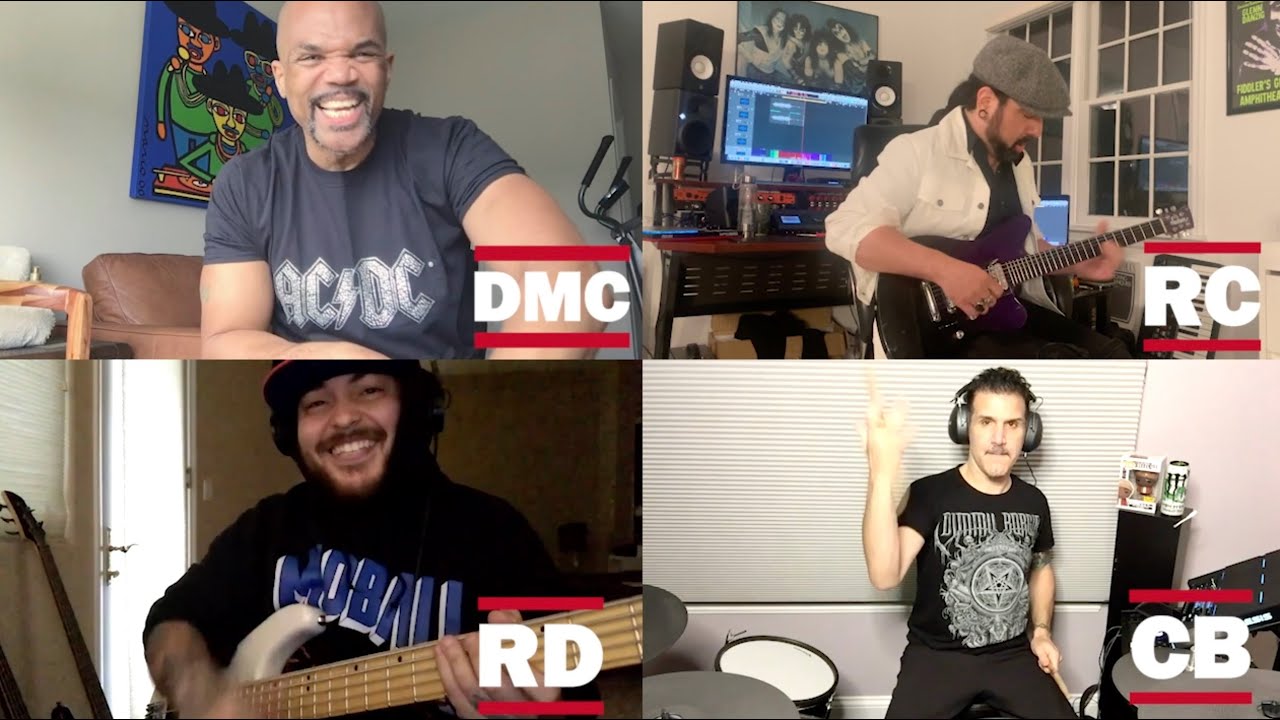 All proceeds from the download of the cover go to MusicUnites.

A supergroup melding with another artist for a supergroup. 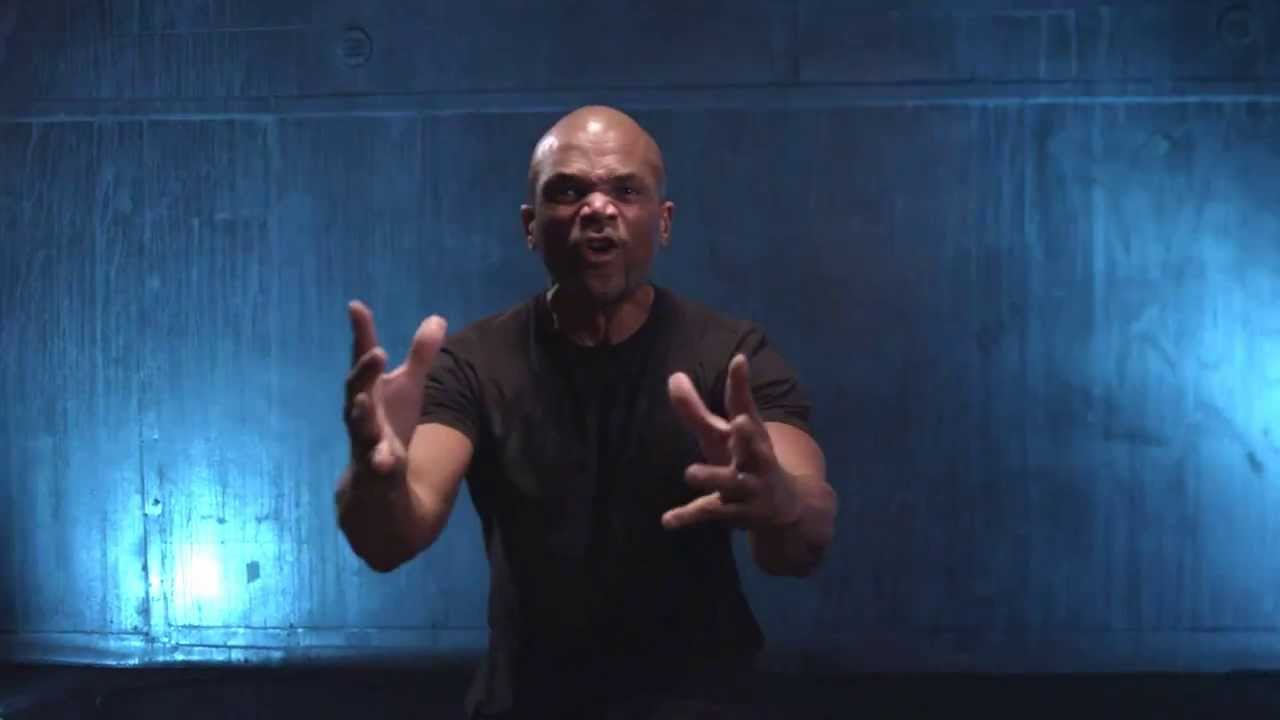