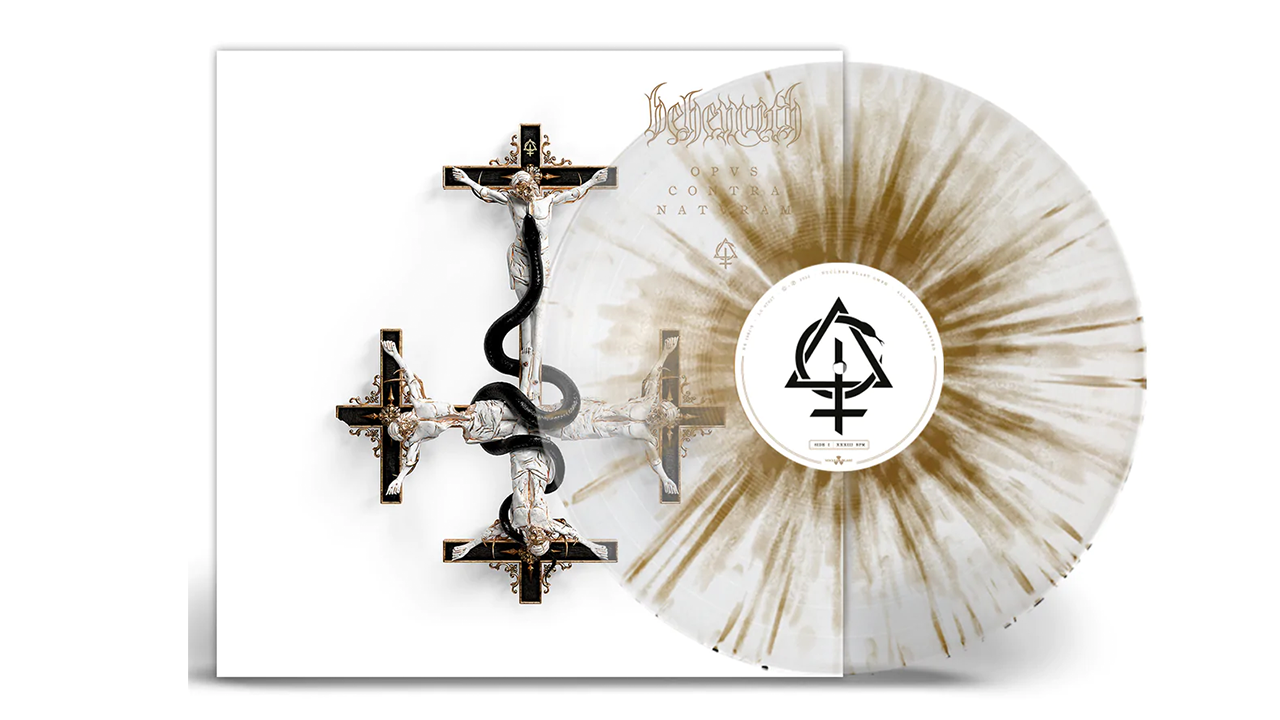 Behemoth will release their new record Opvs Contra Natvram this Friday and we've got a limited variant of the album on vinyl in collaboration with Gimme Metal! The variant is a clear vinyl with gold splatter available for pre-order here, as well as an accompanying Opvs Contra Natvram t-shirt available here. You can also check out a bundle of both the shirt and the vinyl here.

"The album title means going against the current," said frontman Adam "Nergal" Darski on the new record. "It's the negative of the values and morals and ethics that I stand against. I've seriously been wrestling with destructive tendencies in pop culture — cancel culture, social media, and tools which I feel are very dangerous weapons in the hands of people who are not competent to judge others. That's something which I find very destructive and disturbing — and extremely limiting coming from an artists' perspective. This is my middle finger to that.

Opvs Contra Natvram was produced by and was mixed by Joe Barresi (Nine Inch Nails, Tool, Alice in Chains).