Ding dong, the witch is dead!

You'll be hard-pressed to find anybody truly mourning Fred Phelps' death. He was the founder of the Westboro Baptist Church, the incredibly insensitive people behind the slogan "God Hates Fags." Last year, the church raised some eyebrows in the metal scene when they announced they'd be protesting Jeff Hanneman's funeral, but ended up no-showing. A few years prior, they did show up to picket Dio's funeral. These guys are some of the earliest anger trolls of the internet era.

Needless to say, there are many who are now saying they will protest Phelps' funeral. But two metal bands, Thy Art Is Murder and Touché Amore are choosing to go about it with new t-shirt designs as seen above. Personally, I'm all about the Thy Art one which you can grab here for $20. The Touché Amore shirt will go on sale later today.

In this article: Thy Art is Murder, TOUCHE AMORE, westboro baptist church 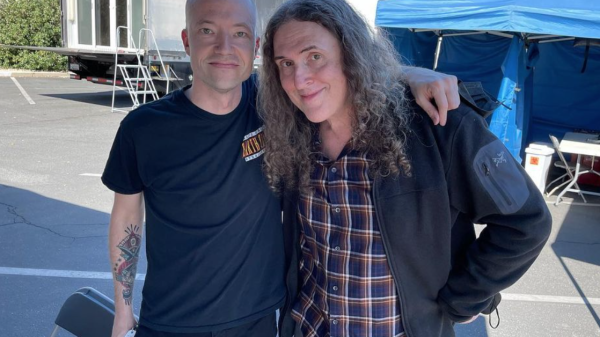 The film is available now on The Roku Channel

Produced by Will Putney.