Two People Crashed Their Car Into A Venue After Being Ejected From A P.O.D. Show 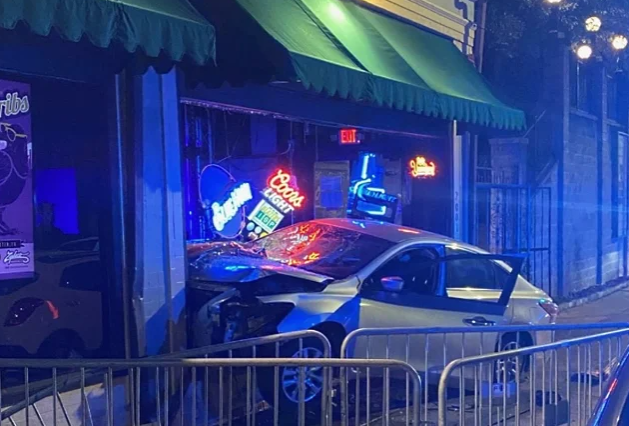 From Ashes To New vocalist Matt Brandyberry took to Twitter to tell the insane tale of two individuals that were booted from a show. According to Brandyberry, two people were kicked out of a show featuring P.O.D., From Ashes To New, and All Good Things at the Zydeco in Birmingham, AL on September 21. The two then returned around 10:30pm and attempted to run over the security guard that booted them, but ended up crashing their car into the venue.

Brandyberry said the guard got injured in some way and was bleeding, but seemed fine. He also notes the maniac driving the car was "mangled" and "all messed up." The Birmingham Police Department notes the two suspects were arrested, and one was transported to the hospital.

"Thanks to the swift response of officers from South Precinct, two suspects were arrested after crashing a vehicle into Zydeco located at 2001 15th Street South. Officers apprehended the suspects prior to them fleeing the scene on foot. One person was transported to the hospital and treated for injuries."

You can see the video below. Here is a full transcription of Brandyberry's statement.

“Apparently, what happened was this dude got kicked out of our show tonight. And I guess he got mad at the security guard for doing that. I guess they got into a fight and, from what I’m hearing, someone pulled a gun — security pulled a gun or something like that — and they got into a fight. And then this dude left. I guess everything was cool then and everything was chill. I guess what ended up happening was after he left, he came back with his car and he tried to run the security guard over.

“And you’re getting ready to see what that is [flips camera]. This dude ran his fucking car into the bar, into the club. I have never in my life, in the middle of… his car is everywhere, all over the ground, all over the place. I guess he must’ve hit the security guard, but the security guard seems fine; he’s bleeding, but he seems like he’s fine. But the dude who’s driving the car is mangled. The dude is, like, all messed up.

“This is wild, never in my life have I seen… Birmingham, Alabama goes off. “

In this article: From Ashes To New, P.O.D.