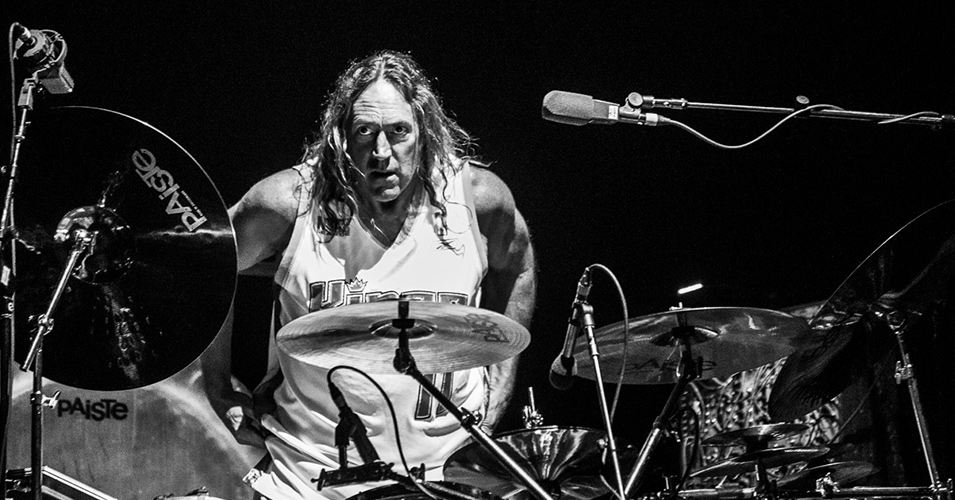 UPDATE: Carey was arrested for allegedly getting into a fight with an employee working security at the airport. Read more here.

TOOL drummer Danny Carey spent the afternoon performing at an NCAA game at the Allen Fieldhouse in Lawrence, KS. During the Kansas vs. Mizzou game, Carey and a group of musicians ripped through Jimi Hendrix's classic "Fire." By the end of the night, Carey found himself booked in the local jail for alleged misdemeanor assault.

Carey is accused of getting into a fight with somebody at the airport terminal, according to TMZ. Police responded to a disturbance at the airport and booked Carey at the local police station. He was released on bond.

No charges have yet to be filed, but the police forwarded their report to local prosecutors.

Here was Carey's performance earlier in the night: