This past Spring, Pentagram announced they would be touring without frontman Bobby Liebling, as a direct result of Bobby's "personal actions," while making references to addiction recovery. It seems those personal actions was the cause for Bobby being arrested for first-degree assault, one count of physical abuse of a “vulnerable adult,” and two counts of abuse against a “vulnerable adult” who is also a family member. It was assumed all the abuse was directed at one person, rumored to be his 87-year-old mother, Diane.

MetalSucks got a hold of the court papers and notes that Liebling was sentenced to eighteen months in Maryland's Montgomery County Detention Center prison and three years probation. MetalSucks reports that Liebling likely took a plea deal:

Assuming I’m reading these court documents correctly, it would appear that Liebling entered into a plea agreement with the prosecutor, which resulted in his pleading guilty to the abuse/neglect charge, but pleading not guilty to a first-degree assault charge.

Liebling and his mother were part of a controversial 2011 documentary on the rock star's life, Last Days Here.

In this article: bobby liebling, PENTAGRAM 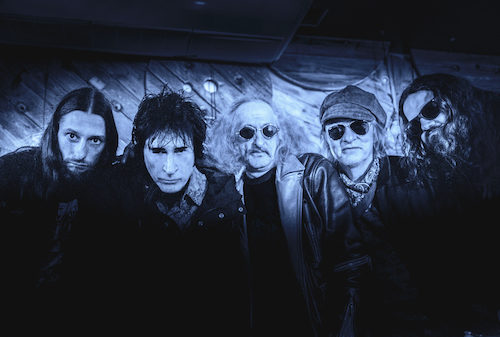 A soulful combination of doom, punk and heavy rock, The Limit is capturing that mid-60s sound with a modern, heavy feel. The new super-group...

Pentagram's troubles with frontman Bobby Liebling all started coming to light earlier this year when the band announced it would play shows without him. The reasons...