People Are Getting Ripped Off Through A METALLICA Crypto Scam
Weirbach plead guilty to Possession of Depictions of a Minor Engaged in Sexually Explicit Conduct.

Inquisition frontman Jason Weirbach, a.k.a. “Dagon,” is a sexual deviant. In 2009, he plead guilty to child pornography charges, according to official documents rom the Superior Court of Washington for Snohomish County obtained by MetalSucks.

According to the public record, NCMEC (the National Center for Missing and Exploited Children) noticed an account uploading explicit photographs of “young females in their early teens or pre-teens” to Photobucket, a free photo sharing website. They traced the uploader's IP address and an investigation was underway by the local police department. The investigation led the cops to Weirbach's doorstep in Everett, Washington.

While the Photobucket account Weirbach was using would suggest the account was run by a woman, Weirbach eventually admitted that he pretended to be a lesbian to acquire the photos. When police came to interview him and his wife, his wife admitted marital problems, that he made her dress up to look as a young girl when they had sex and she had been worried that he might be looking at child pornography.

Weirbach would admit the photos were his and says he was only looking at them "out of curiosity."

Shortly after, Weirbach's computer was subpoenaed and the police noticed he tried to delete as many as 2,000 files off the computer, although some were recoverable. The photos including pictures of his band, his wife and child pornography with girls and boys. The document claims there was enough of the pornography to fill four “CDs/DVD’s” [sic] of “digital and/or video images.” So that could either be anywhere from 3 gigs or 16 gigs of child pornography.

He was charged with 30 days jail credit for time served, $1,000 in fines and two years probation with limited internet access and required counseling. A treatment report in 2011 noted that  Weirbach “appears sincere in his efforts not to return to his deviant lifestyle” and that his “assessment of risk to the community is considered ‘Low.'” His marriage was still strained.

In light of the accusations, the band's label, Season of Mist, announced this morning that Inquisition has been dropped from the label and they will be offering no further comment.

Update: Weirbach has released a statement denying some of the claims here. MetalSucks posted a rebuttal on their site shortly after the statement was made.

To all fans, supporters and close ones, I would like to clarify some horrific misinformation generated by the webzine Metalsucks of a personal matter of mine in 2007: First you must take into account, everything Metalsucks published is taken from court documents that state charges and accusations rather than what was proven or admitted in 2007. Second, I never plead guilty to the charges and the original charges were dropped after the courts examined all evidence. I am not a sex offender, and I was absolutely innocent of all charges. The plea bargain was something the prosecutor insisted on and for the defense was the best option to end a lengthy legal process. Also, the background check webpage circulating is not entirely correct, it is definitely not showing what the Police background check would show you.

With my fullest respect to you, please read my statement Metalsucks had told me they would publish:

The police report suggested I had deleted and obstructed evidence which I deny to have done, however the obstruction charge was still part of the plea deal as was the other charge mentioned in this article. That second charge is related to viewing pornography in a public area, and again was taken as part of the plea deal. To be clear, I have no sex crimes, this did not involve any other person other than myself and I have moved forward since 2009 while having complied with all aspects of the law.

I wish to remain focused on my music and my absolute dedication to the art of Black Metal. Despite any personal views and judgements the followers and supporters of our music may have, I am a somewhat private person and have never cared for destructive sensationalism and keeping what I feel is private, private.

I hope my level of transparency is understood and I thank you, as always for having been so supportive of Inquisition.

With much respect to you,
Dagon

Weirbach found himself at the center of controversy a few years ago, when he was accused of being a Nazi, stemming from his performance in another band, 88MM, a name that pays tribute to a nazi gun and the phrase "Heil Hitler." One of the band's tracks was “14 Showerheads, 1 Gas Tight Door” which appeared on a compilation entitled Declaration of Anti-Semetic Terror and featured a photo of Weirbach posing with a flag featuring a swastika on it. Weirbach denied these claims.

How the hell are they going to continue on as a band? 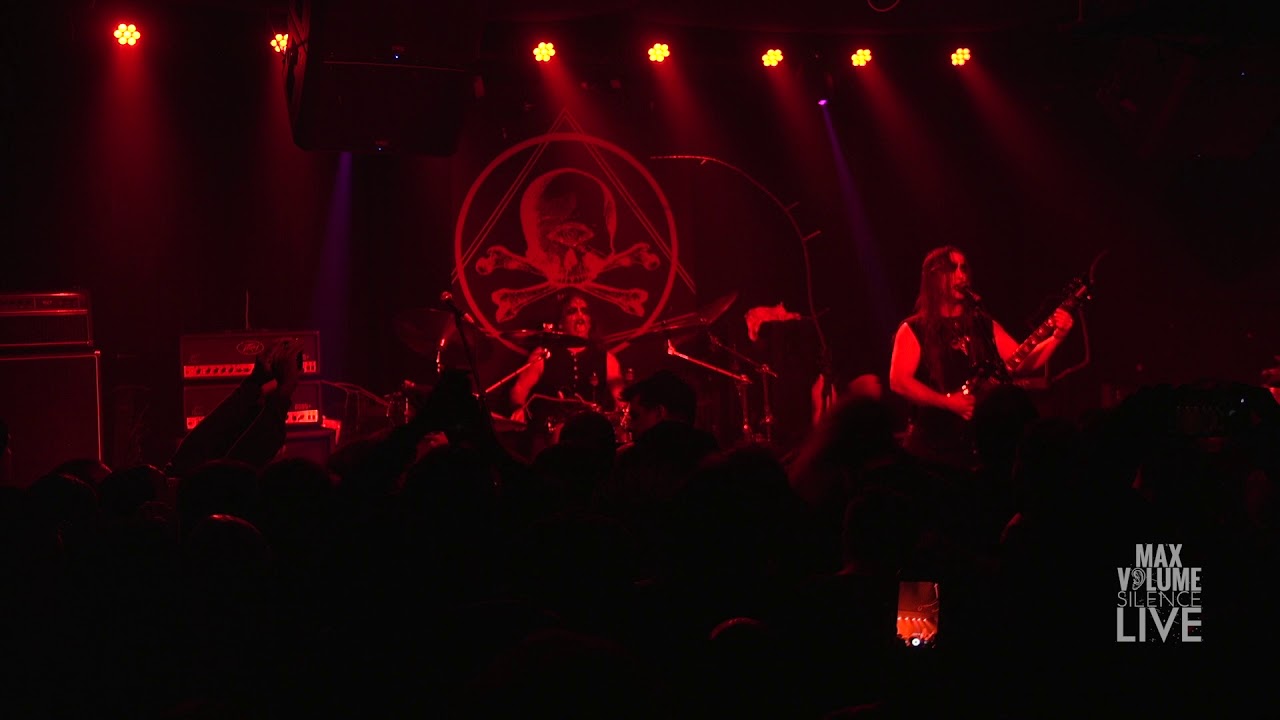