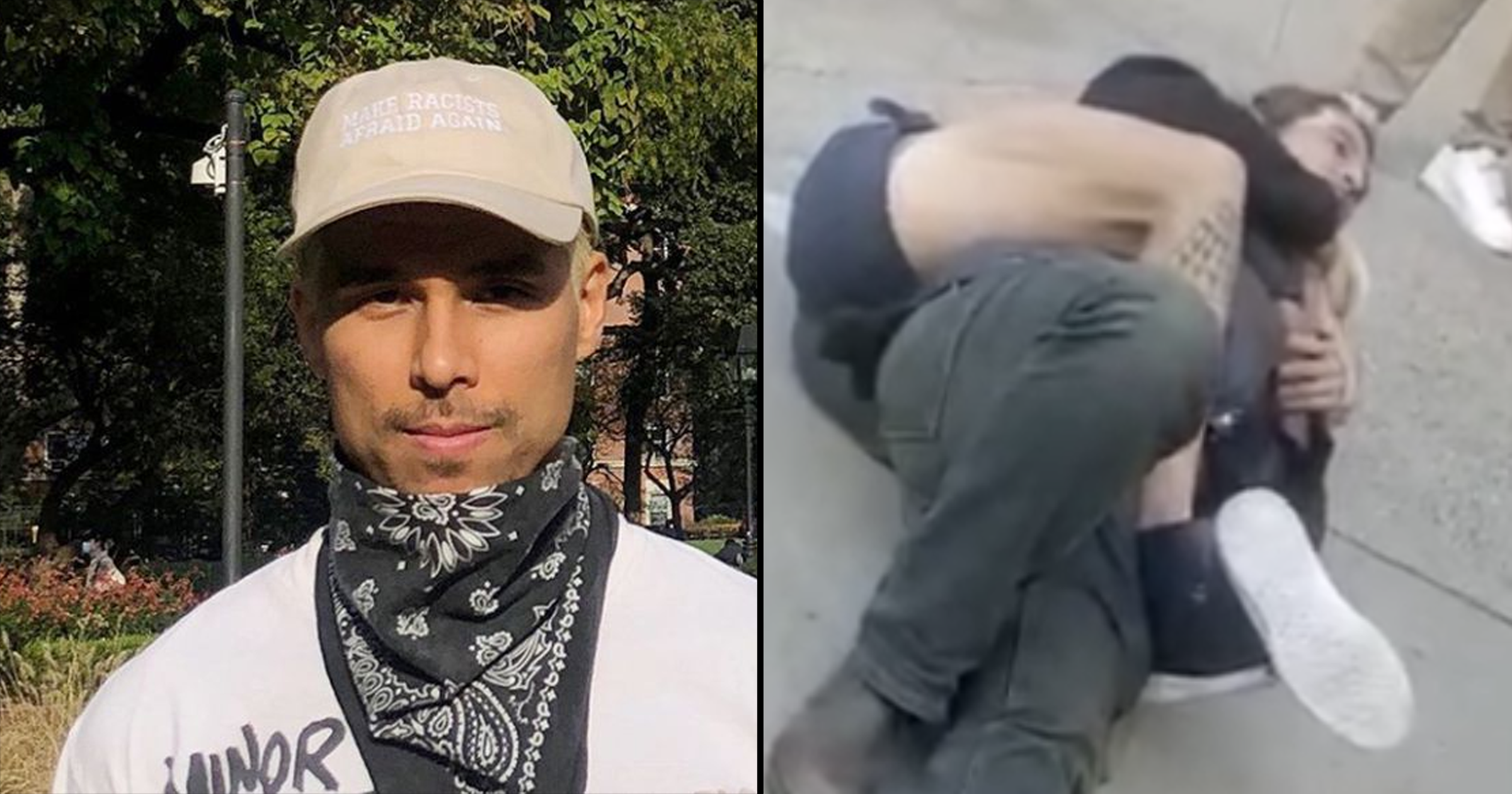 In his twenties, Brian Kemsley was the guitarist of the now inactive New England hardcore band Outbreak (he also played in Grave Maker). In his thirties, Brian is subduing a potentially mentally ill New Yorker who allegedly tried to abduct a baby.

The New York Daily News, via Lambgoat, reports Kemsley, now 33, was sitting on a bench in Madison Square Park with his girlfriend when he heard a woman scream. He investigated and noticed a man trying to steal a baby from a woman's stroller.

Kemsley, who is now a Muay Thai instructor, approached the scene and noticed two other men coming to the defense of the woman. "The man is saying things like, “How do you know this isn’t my baby? Why are you helping her? This could be my baby, you don’t know that,” Kemsley told the Daily News.

After the man started to escalate the situation, Kemsley calmly put the man in a rear-naked choke, and kept him there for 15 minutes until park security were able to detain the man.

“The bar for being a hero should not be this low. It should be a duty, a civic duty for all to do.” Kemsley said. “Throughout the whole thing, it became clear that this man actually had mental issues,” Kemsley said. And as the crowd grew angrier, he realized keeping the man restrained would also keep him safe. If I let go, who knows who what people would have done.”

A bystander captured footage of the incident, which you can see below. The attacker was sent to Bellevue Hospital for psychiatric evaluation.

Kemsley offered this play-by-play of the incident:

I heard a woman screaming while sitting on a park bench. This man tried to take a baby in a stroller from her. A couple people tried to stop him, he wouldn’t let go of the stroller, and things escalated pretty quick. Here’s the thing, I don’t enjoy jujitsu. I don’t think training is fun at all. But I have a lot of respect for it as it is absolutely essential in a street fight, or for self defense. This is coming from a Muay Thai fighter that’s very comfortable on my feet. It is way more effective to be able to control someone’s movements and limbs than it is to break your hand swinging, and hurting the them as well. Cops took 30 minutes to show up, I had to hold him down for over 15 mins before park security even came around to cuff him. You can’t rely on cops, you can’t rely on just blasting people with a gun, go train, go learn this. The limited jujitsu I learned over 6 years ago allowed me to control a strong raging full grown man like he was a baby. Thanks for my jits coach Chad Andrew Vaźquez for the refresher course last year.

Play by play – Brought him down w a rear naked choked. Let it go and transitioned to a seatbelt. Got 2nd hook in. Laid him flat on my left side. At this point his weight had been pinned on my left leg for 10 minutes, my leg was going numb so I needed to transition to my right side. We saw cops and waved them down. They stopped, looked, and drove off. The man tried to head butt me backwards twice. After another 5 mins park security arrive and i asked them for cuffs. A man in the crowd let’s them know I was getting tired as I’ve been holding him for over 15 mins. I ask them to cuff the left hand first where I had good control, then rolled him over and cuffed the right hand. I’m then able to stand back him, put on my shoes, and get to Evolution Muay Thai in time for my training. The man got taken into a psych ward. The woman returned to the scene after running off initially to thank everyone. I might have Covid now.