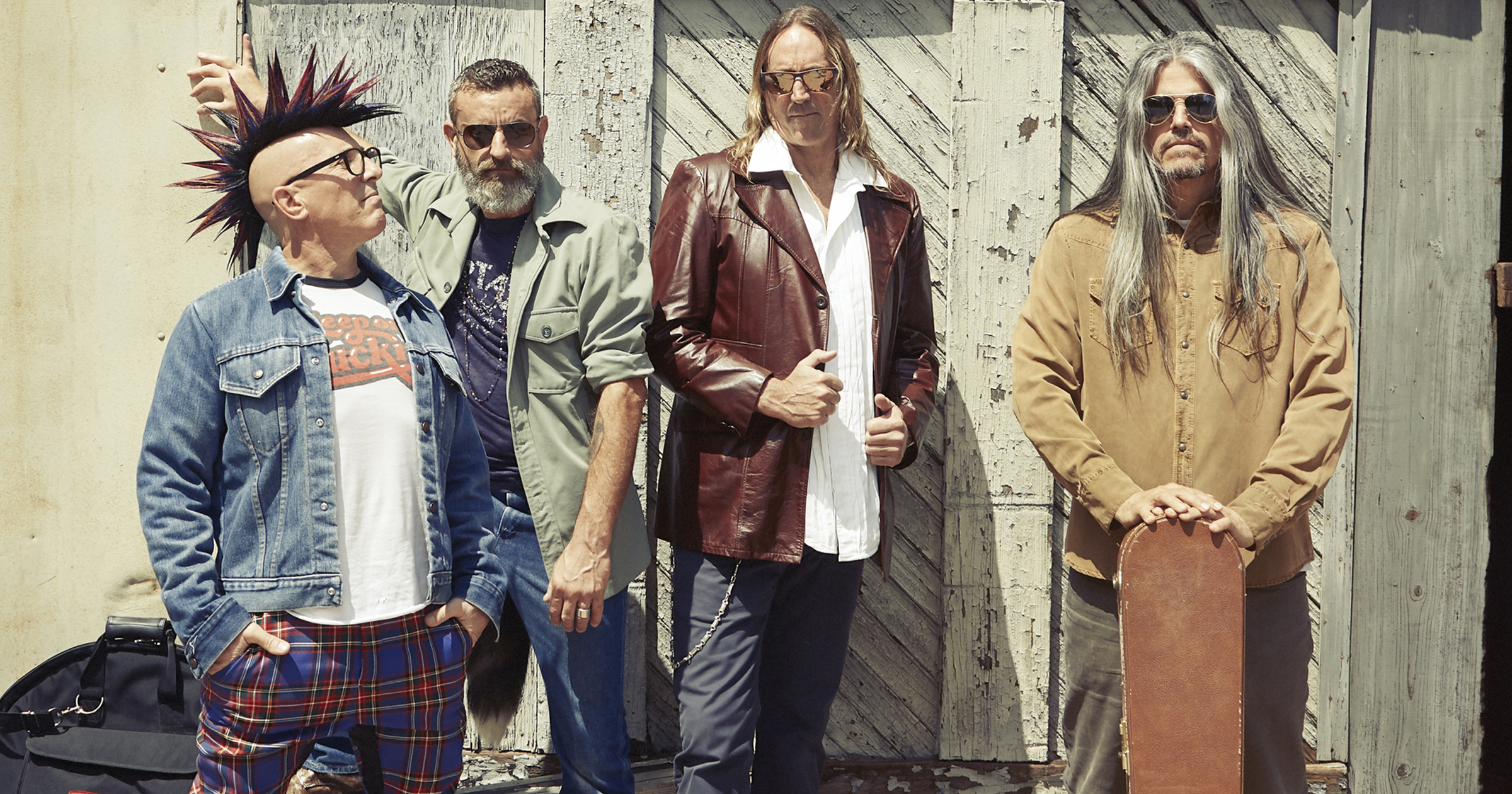 Artistic, obscure and experimental, there has never been a band quite like Tool before. Content to navigate their way through the music industry on their own terms; over the course of three decades they’ve sporadically released albums, put on an immense live shows and have accrued some of the most passionate fans in the biz.

Unlike a lot of bands featured in our previous Deep Cuts lists, the hard task for this article was finding ten Tool songs that could be deemed as underrated. They are not an act with a particularly deep back catalogue to pull from, yet there is still a decent amount of cool, underrated material to explore. So with that being said, let’s pry open our third eye, see if the pieces fit, and explore Tool’s ten best deep cut tracks…

Cropping up halfway through Tool's debut full length Undertow, "Crawl Away" is song that has been forgotten by fans and the band alike – it hasn't been performed live since 1998, and is the least played tune from the album on various streaming platforms. It's a straight forward track, by Tool's standards, and even features a speedy bridge passage, something quite uncommon for them. For the rest of the runtime it features that classic Tool groove that they have been able to dig into throughout their whole career. A real deep cut, "Crawl Away" is a great way to kick off our list.

One constant throughout Tool’s career since Ænima is their usage of interlude pieces. Sometimes they can be obscure and amusing, other times to build atmosphere and keep the general mood moving between tracks. One of their best mellow detours is the seven minute “Intension”. Taken from 2006’s immense 10,000 Days, the song is stripped back to almost just tabla and bass, which creates a droning, mediative feel, as too does Maynard’s restrained vocals. Plus “Intension” leads perfectly into the following number, the excellent (also kinda underrated) “Right In Two”.

The anger-filled “Jerk-Off” originally featured on Tool’s 1991 demo 72826 (those numbers spell "Satan" if dialled by an old-school touch-tone telephone). When it came time to release it on their official debut EP Opiate, for whatever reason the band went with a live version of the track instead. Indicative of their early, more aggressive, to the point style, it’s still got plenty of Tool’s signature aspects tucked away. The song’s MVP is certainly Maynard, who delivers a truly powerful, vitriol-filled performance that has to be heard to be believed. “Jerk-Off” has definitely slipped between the cracks for over 30 years now, more Tool fans need to be hip to this very early material.

Arguably the least well-known track from Tool's titanic sophomore LP Ænima, "Jimmy" is based around an almost slippery main riff that gives lots of room for the vocals and lyrics. Speaking of lyrics, it's sung in the third person, with frontman Maynard James Keenan retelling how his mother's brain aneurysm affected him at the age of 11 – Maynard's real first name is James (hence Jimmy). It's a theme and occurrence that he would touch on many more times throughout his career. The last time it was performed live was way back in 2002, and it, as well as other Ænima underrated numbers like "Eulogy" and "H." deserve their time in the sun again.

A track that had appeared in Tool's live set for a few years before being officially released, "Merkaba" is a essentially an extended work out for drummer Danny Carey. It's appeared, as a live recording, on the now-hard-to-find 2000 Salival boxset. The first half of the song is like a drum solo, building up over a wall of sound effects, before Chancellor and Jones join him with some thick riffs and lead playing. It has a loose jam feeling, and a quick search online brings up many different iterations of "Merkaba". In their current setlist though, it has been superseded by "Chocolate Chip Trip" (from Fear Inoculum), so it's unlikely that we'll see "Merkaba" anytime soon.

A cover of the Led Zeppelin classic, "No Quarter" was originally recorded during the Ænima sessions sometime in 95/96, before debuting on the aforementioned Salival collection. It has been played by the band sporadically throughout their career, first being performed in 93/94, and being used a show opener in 2016. Like all great covers, Tool play the song pretty straight, albeit with their own touches and flare, particularly the drawn out middle section, which features the rare appearance of an acoustic guitar. It translates very well into Tool's style. Sadly not on any streaming services, but there are plenty of decent uploads of it on Youtube (see above).

Another track from Tool's debut EP that was first on their 72826 demo, "Part Of Me" was subsequently re-recorded for Opiate. Much like the previously featured "Jerk-Off," the band hadn't fully formed their style they're famous for today, but it still serves as an important stepping stone in their career. A stuttering, complex rhythm drives the "Part Of Me" along, and it features a very brief, and un-Tool-like, lead guitar passage from Jones. After having spent a couple of decades retired from their live set, Tool briefly revived it on their 2019/2020 tour, but it's yet to feature on their current run of shows.

From their incredible third record album Lateralus, the hypnotising, almost middle-eastern "Reflection" is tucked towards the back end of the long running release, and very rarely gets talked about by Tool fans – perhaps only by the true devotees. Previous number "Disposition" leads perfectly into it, and our featured song slowly takes it's time to kick into gear. The 11 minute epic features a looping, complex, yet sonically restrained drum beat, with synth and bass sitting on top. Maynard's "before I pine away" motif serves as the lyrical backbone, and it's not until eight minutes in does "Reflection" begin to reach it's tipping point slashing guitars, before it's quietly dialled back in to wrap up proceedings. A genius track that more casual Tool fans need to know.

Probably the most well-known track from our selection, we think “Ticks & Leeches” is still underrated deep cut in our books. According to the infinite wisdom that is setlist.fm, the Lateralus cut has only been played live by Tool a mere 27 times – which for such a classic is almost criminal. It features some ultra-complex drumming from Carey, and Maynard’s most raw and animalistic screams. The eight minute workout is Tool at their most twisting and ruthless, with screaming guitars and rumbling bass giving way for a large quiet central interlude, leading the listener into a sense of false security, before exploding back into the thunderous finale.

Now, we’re going a little bit left of centre with this choice. Essentially a Tool instrumental piece, “The Witness” was actually specifically recorded by Adam Jones, Justin Chancellor and Danny Carey to accompany the release of the guitarist’s then-new signature instrument with Gibson. Ironically, for a song advertising a guitar, it’s not a particularly six-string focused tracks, with keyboards leading the bulk of the tune. It’s only in the last couple minutes that “The Witness” really comes alive, with a classic Chancellor bass line being joined by Carey’s drumming and Jones’ riffing. The accompanying visuals are equally entrancing, and it surely must go down as one of the best bits of advertising conceived by the musical instruments industry.

How did we go? Tool's fans are amongst the most devoted in the heavy music, so tell us, are these the 10 most underrated Tool tracks – or is there even more obscure material out there? Let us know in the comments below!