These Are The 10 Best HIGH ON FIRE Deep Cuts 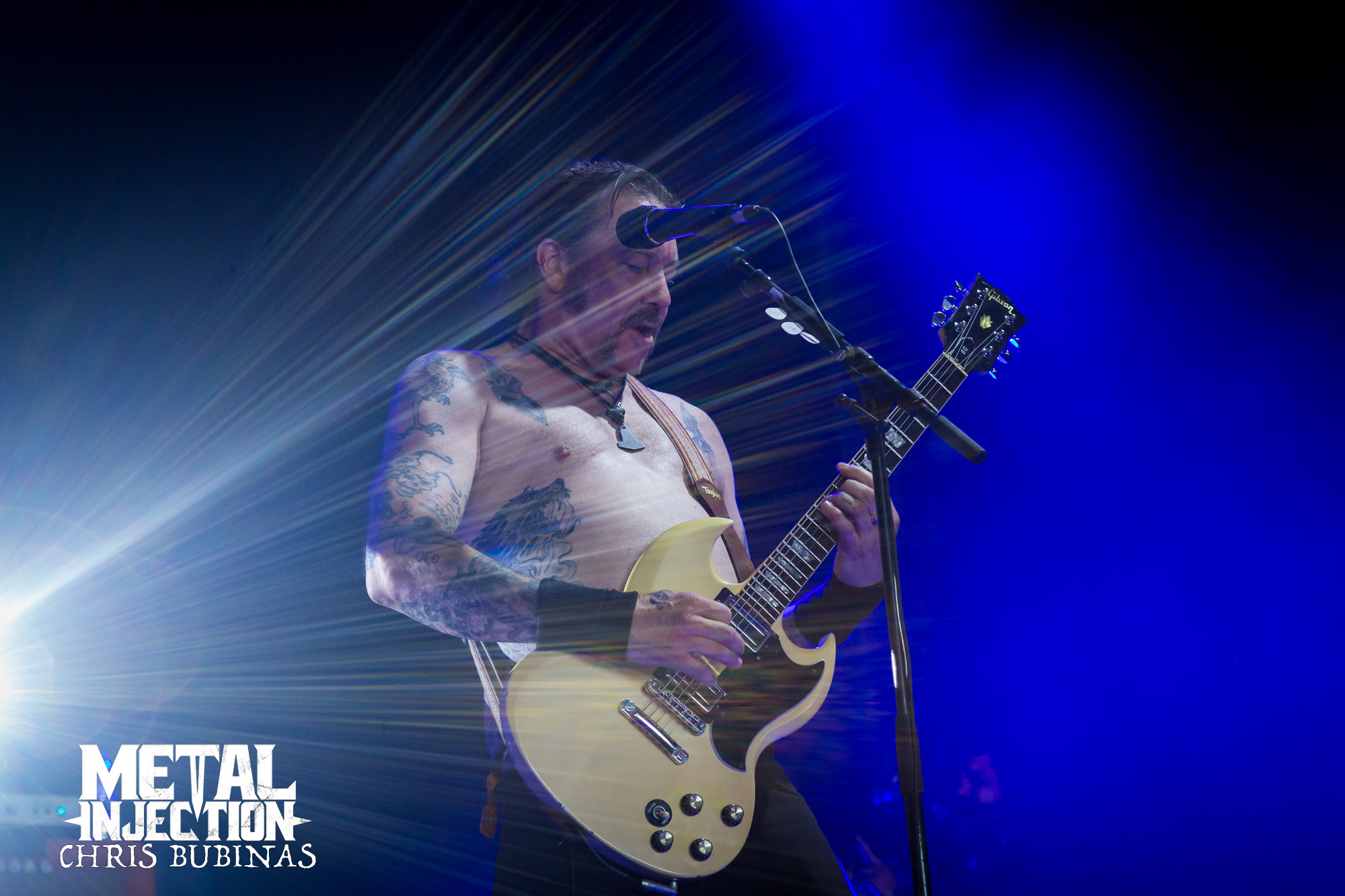 Formed after the demise of the resin-encrusted Sleep the late 1990's, the Matt Pike– fronted High on Fire took the template of weed and doom loving former group and cranked up the pace a notch or three. Though the band have had a small number of member changes throughout their two-decade-plus existence, they've always been a power-trio – something of a rarity in the modern heavy music scene. The great shirtless wonder Matt Pike sure knows how to sling a mean Les Paul, and his Lemmy-like croak is the perfect vocal foil for High on Fire's raw, dirty doom-meets-thrash attack.

With eight full lengths to their names, High on Fire have conjured up some of stoner metal's biggest tracks – hell they even won a Grammy in 2019 for "Electric Messiah." But what about the lesser known tunes? There's plenty of buried gold littered through out their expanding back catalogue – so let's grab the pickaxe and excavate 10 of High on Fire's finest deep cuts…

Kicking off our list a vastly forgotten cut from the massive Blessed Black Wings. As a milestone album for the three-piece, it certainly contains some of High on Fire's most celebrated material – as well as some top forgotten gems. "To Cross The Bridge" is fantastic, but our choice "Annointing of Seer" is a five and half minute slab of sludgy groove. The core of the track is it's thick wall of noise – all instruments are locked into one, creating an absolutely crushing attack. Drummer Des Kensel is the driving force on "Annointing of Seer", whether laying half-time meters or it's furious ending crescendo.

"How Dark We Pray"

A big track sitting at the tail-end of High on Fire's fifth record Snakes For The Divine, "How Dark We Pray" is an almost hypnotising, marching tune. The almost-tribal like drumming creates a primal atmosphere, the dirty guitars and bass chug along with Pike's tortured vocal taking the focal spot. The only time the tension gets cut is with the occasional melodic guitar lead break – with the greatest release of pent up energy with the huge, freewheeling ending section. A great High on Fire song from an album that might deserve a little bit more love.

Off 2015's Luminiferous, "The Lethal Chamber' is a slower, grinding, near-nine minute slab of distorted power. It never gives in to passion and keeps the pace locked down – which makes for some excellent heavy passages; the groove that crops up at the 1:30 mark is absolute titantic. All the classic hallmarks of High on Fire on display here – marching drums, dirty guitars and bass, and Pike's harsh, powerful screams. In fact he sounds absolutely possessed at times. As the LP's huge closer, it's been overlooked and never played live – which is a damn shame as "The Lethal Chamber" should be one of High on Fire's crowning glories.

The epic, doom-y "Master of Fists" is the perfect closer for High on Fire's awesome debut The Art Of Self Defense. The trudging ten minute track has not been featured live frequently – there is some great fan-cam footage from Roadburn 2013 though – which something the band should really look into rectifying. While a decent chunk of their fanbase may have gotten into High on Fire thanks to the records that came later – The Art of Self Defense is an important release in their career – with even lesser known jams like "Master Of Fists" showing endless raw power.

From the fantastic Death Is This Communion, the mid paced "Return to NOD" is nasty, showing that Motörhead-influence. With the preceding track "Ethereal" segueing perfectly into it, it never dives into out-and-out pace, rather the trio are content to beat out some more straight forward drumming hammering powerchords. The raging outro guitar solo is one of Matt Pike's finest six-string moments – perfectly encapsulating his on-the-verge-of-chaos lead guitar style. A great deep cut from a killer album.

"Samsara" – or "Interlude", as it seems to be inexplicably referred to on some streaming services – is an entrancing instrumental piece, perhaps the best vocal-free number composed by the band. Built around a slow beat, hypnotic bass line and fuzzy guitars, it's a loose and free-spirited jam. Showing up halfway through their 2012 LP De Vermis Mysteriis, "Samsara" is a fantastic stoner-rock instrumental, and is makes for a perfect album halfway point. While Pike's other act Sleep have done this on occasion (check out their tune "The Botanist"), it's something High on Fire should branch out into more.

The sublime "Speak in Tongues" has had a fairly muddled history. Firstly recorded during the Snakes For The Divine sessions in 2010; it appeared as a single some months after the dropping of that LP, appearing digitally the ‘8 Singles In 8 Weeks' campaign from the peculiar partnership of Adult Swim and Kia, before popping up on deluxe and some international editions of the previously mentioned De Vermis Mysteriis. "Speak in Tongues" itself is classic mid-career High on Fire, and the wild, feedback-drenched guitar solo alone would have made for a more than worthy addition addition to Snakes For The Divine.

Always a little odd when an album's title track is least well known song from it's own record. For whatever reason High on Fire's second full length Surrounded By Thieves is one of these examples – which is a shame as it's a killer tune, finding High on Fire delivering a fairly straight ahead composition. At this point the band were at their dirtiest – check out the filthy guitar tone –  but there is plenty of great musicianship and hooks in amongst the barrage of rampaging drums, rumbling bass and fuzzed-out guitars.

"The Witch And The Christ"

From High on Fire's latest effort, 2018's Electric Messiah, the furious "The Witch And The Christ" is by-far the least appreciated track from that excellent new(ish) record. A real full throttled thrasher, it's a breathless six and a half minute beating of a song – the pace is high, the drums are pounding and the riffs come thick and fast. Yet to have been played live by High on Fire, it's a little bit of a missed opportunity to not feature "The Witch And The Christ" in their live set – it's relentless assault would make for a sure fire addition.

Now, our original pick for a deep cut cover was going to be their take on Judas Priest's cracking "Rapid Fire." That tune was on some CD and vinyl pressings of Blessed Black Wings – however we cannot find a version of it anywhere online, and deemed it unfit for selection on that basis. So instead we've gone with High on Fire's excellent version of Venom's "Witching Hour." As the closing song to the Live From The Relapse Contamination Festival release, it's a killer way to round out their set, and our boys do a killer job making the proto-extreme metal classic their own.

So how is our list? Matt Pike has a legion of diehards that will bound to have their own fav High on Fire deep cuts – so what are they? Let us know in the comments!

In this article: high on fire, matt pike, Matt Pike Vs. The Automation