Lists This Is Just A Tribute

The 10 Best Eddie Van Halen Clips on The Internet 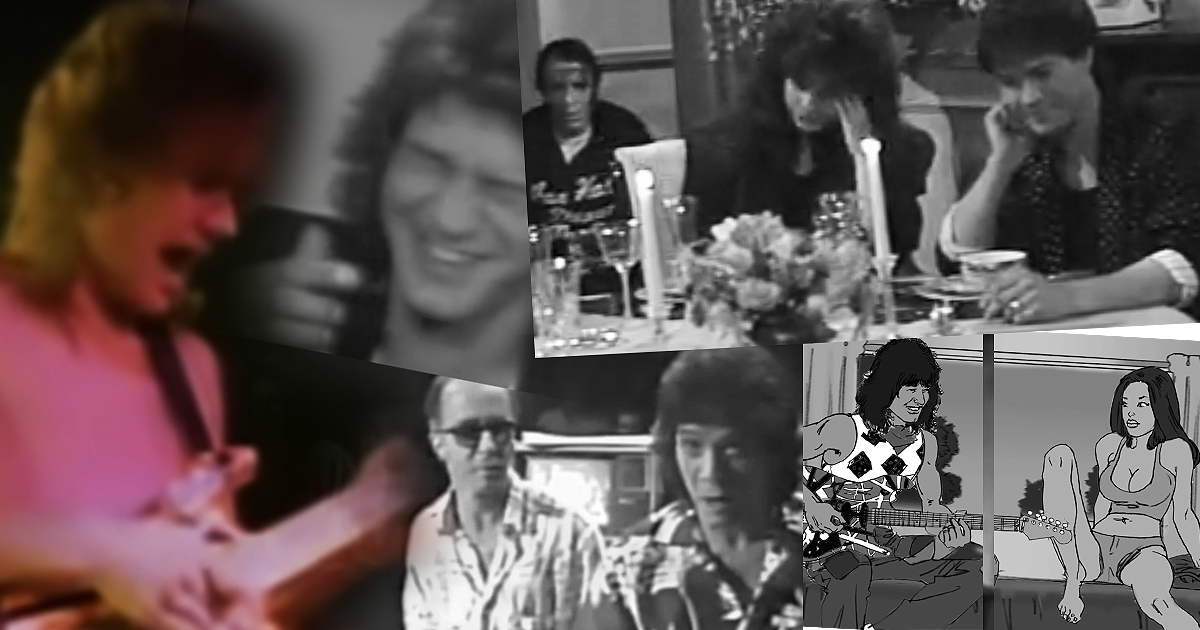 As the world mourns the loss of the guitar god, I found myself down an internet video rabbit hole. Eddie Van Halen, who tragically passed away yesterday at the age of 65 due to throat cancer, was a guitarist like no other. Truly one of a kind. There will never be another Eddie Van Halen and I've been spending the day gathering great clips online that explain just why he's so awesome.

Nothing showcases just how great Eddie was than just watching him jam along with other skilled musicians. He always made it look so easy.

We shared a great anecdote about how Eddie completely rearranged "Beat It" and was partly responsible for how big a hit he was, but nothing beats watching them play live together.

Eddie's Life Advice to His Son

This clip from later in Eddie's life shows a talk he had in 2017, where the interviewer asks to offer some life advice to his son. Eddie imparts some wisdom that his Dutch father told him. Full interview here.

Dinner with the Van Halens

Eddie's then-wife, Valerie Bertinelli, was shosting Santurday Night Live for the February 14, 1987 episode, and Eddie sat in with the house band. He also agreed to appear in this sketch co-starring Phil Hartman and Victoria Jackson and Dana Carvey, Dennis Miller and Kevin Nealon as the roadies.

Eddie Van Halen in His Own Words

This is a great compilation of various TV interviews Eddie gave over the years that really allow you to see his personality.

Eddie can't go anywhere without a guitar in hand, and he is in rare form here, having a great time as always. "If I can do it, anybody can do it," says the greatest guitar player of all time.

Here's a fun tale that Alice In Chains guitarist Jerry Cantrell told during a recent amazing career retrospective interview where he told a story of the time he met his hero, Eddie Van Halen, and Eddie offered to send him some gear, which turned out to be a garage full. The whole interview is worth checking out.

Okay, this doesn't exactly involve Eddie Van Halen, but it's one of the greatest clips on the internet.

Eddie reminds you to "keep playing"

We honestly couldn't think of a better clip to end on. Rest in power, Eddie.

What Eddie Van Halen clips are you looking up?