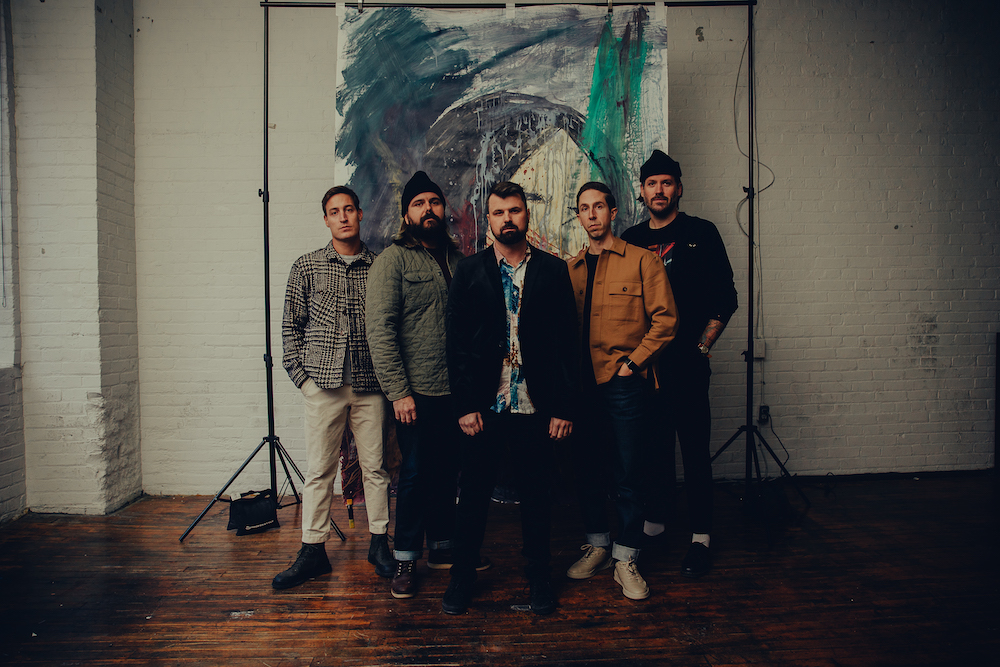 Canadian post-hardcore band Silverstein has been around for over two decades, and is about to release their 10th overall album Misery Made Me. Silverstein's music has always erred on the heavier side of things, which got us wondering – what metal albums does Silverstein listen to? We sat down with vocalist Shane Told for an interview about their favorite metal records, and this is what they came up with!

It's probably not their best album, but it's my favorite because they single-handedly created the Stoner Rock genre right here. This was the first album I tried to figure out on guitar until I realized I had to TUNE DOWN! I'd never heard of that before!

At The Gates – Slaughter of the Soul

To me this is the greatest metal album of all time. It blends speed, heaviness, and great songwriting together in a way that no one had done before and few have done since. Their use of "hemiola" is absolutely mind blowing. I still listen to this record weekly and it still holds up in terms of production quality as well.

As much as Pantera gets credit (and rightfully so) so influencing a whole slew of metal bands, they are also pivotal in influencing hardcore bands as well. Don't believe me? Tell me the breakdowns in "5 Minutes Alone" and "I'm Broken" aren't classic 2000's hardcore… except this album came out in 1994.

Buried Alive – The Death of Your Perfect World

Buried Alive came out of Buffalo NY in the late '90s with one goal – to absolute reinvent how intense metallic hardcore could be. This album which clocks in at only 26 minutes, is an absolute ass beater. Blurring the lines between hardcore punk and metal, this album is severely underrated.

This record changed everything. It brought a new level of emotion into heavy music that had never been heard before. Without this record most of your favorite metalcore bands would probably be playing Pink Floyd covers at your local sports bar.

I bought this record because NOFX talked about them in an interview once. They sound nothing like NOFX but they are fast, angry and socially probably the most important band to ever exist. Politics in hardcore and punk is everything and Minor Threat started an entire movement… which is still kicking today.

This is one of the most exciting, explosive new heavy bands out there just delivering what you metal fans crave. I'm sure you all had this on your best of 2021 lists but if you somehow missed it… well… you better get on that!

Silverstein will release their new record Misery Made Me on May 6. Pre-order that here and catch the band at one of their tour dates below.

In this article: silverstein