Here we are, a few weeks away from 2022, while I'm still grappling with all the shit that went down in 2020. Life is a trip, man. And just like life gets harder every year, so does the music. 2021 has delivered the riffs in brutal fashion. Let's cut to the action!

The simplest description of this album is, it kind of sounds like if Thin Lizzy played black metal. A "Grim Lizzy," so to speak. The Higher Power dances with Celtic yarns and plenty of double guitar melodies, while the vocals bite with the appropriate venom, per its black metal styling. One other thing: this one-person project is the sole creation of a high schooler in Michigan, which is pretty mind-blowing. The kids are alright!

I have no idea how to pronounce their name, but Baxaxaxa's new album keeps black metal simple, scary and dark. Impressively, Catacomb Cult marks Baxaxaxa's first full length effort, realized nearly 30 years (!!!) since their first demo in 1992. Baxaxaxa's slow burn ascent rewards the listener with a sinister offering. Its gravely tones creep along, like a torch lit walk deep into a cold sepulcher. I implore you to listen to this and see if you're not screaming "CATACOMB CULT!" by the second chorus

Dave Mustaine once said, "Just make it fast, loud and rude." Indiana's Wraith answer this request with Undo The Chains, a no-frills lightning strike of hardcore punk breakdowns and whiplash speeds. The entire record plays out like a 32-minute circle pit. Songs like "Dominator," "Gatemaster" And "Disgusting" are certain to go down as modern mosh pit anthems, with their gang vocal sensibilities. The lyrics, meanwhile, detail life from a blue collar, street metal perspective, as best summarized in "Born To Die:" "The choices I made / The prices I paid / One thing is simple / Life is a game!" And Wraith play this game very, very well.

7. Tower – Shock To The System

New York City's Tower return with a howling love letter to rock and roll. The undeniable star of this record is their singer, Sarabeth Linden, who wails from the onset of their opening number "Blood Moon" and maintains the manic pitch to its final moments. Sleazy 70's rock licks and dual leads provide the listener with ample opportunities to play air guitar and headbang, like a proper rock n roll album must. Tower is truly "Laying Down The Law" on Shock To The System.

One can be pretty certain they're in for a goddamn rager of a symphonic black metal album when the cover art looks like a scene out of Castlevania. Colorado's Stormkeep summon a spell of medieval sorcery, with dungeon crawling keyboards and dense melodic structures. Fans of Emperor and Dissection shall be pleased.

Suit up in your favorite studded leather jacket and fingerless gloves for this one. Germany's Vulture thrash and burn with a feast of twin guitar attacks. The vocals screech with falsettos and squeaky high notes, following the examples of bands like Destruction and Nasty Savage. Every single track on this record will inspire fist-pumping with its totally righteous steel. Play Dealin' Death loud and "Count Your Blessings."

4. Lamp Of Murmuur – Slavery And Submission

The mysterious, and increasingly prolific, singular entity known as Lamp Of Murmuur earns their spot in my album of the year list for the second consecutive year. Accolades aside, Slavery And Submission simply rips. This record stings with the Lamp's signature barrage of bleak atmosphere and guitar-driven fury, while demonstrating a few new tricks. Specifically, a song like "Deformed Erotic Visage" rollicks with Motörhead-inspired double bass drum attacks, then leans into a spooky, keyboard-driven dark wave section, and remains captivating for its nine-minute run time with a haunting assembly of hooks and evocative motifs. Also, it totally sounds like they sneeze around the 8:55 mark of the song, which only adds to the legend.

The catchy riffs of Torn Arteries abound, and are certain to slice deep into one's brain like a surgical steel saw. Carcass pay homage to a bit of everything from their discography: the fat, melodic distortion of Heartwork, the rock n' roll attitude of Swansongs, the complex riffs of Necroticism, the visceral medical lyrics and blast beat-driven speed of Reek Of Putrefaction and Symphonies Of Sickness. The result is a versatile masterclass, delivered by extreme metal veterans who can grapple with their existential dread while they still have fun.

In 2021, Philadelphia's Poison Ruïn answer one question I never thought to ask: What if the Clash dressed up like Templar Knights and sang about medieval themes? Poison Ruïn's debut album is both gleefully retro and a breath of novelty. This album's twangy guitar licks sing with an air of sweet melancholy, and distinguishes itself from the pack with its bare bones, punk rock approach. In a realm of music where bands often aim to overpower the competition with more shredding, extremity and volume, Poison Ruïn prove that sometimes, less is more.

New York City's Krallice earns my number one spot for albums in 2021, with a record that is very 2020 in terms of its pandemic-era creation. Demonic Wealth was recorded by its members in complete isolation from each other. Lev Weinstein's tempestuous and polyrhthmic drums were recorded on an iPhone. The vocals were recorded "in the car by a swamp," per their album notes, and so on. The end product is bizarre, but definitively unforgettable. Demonic Wealth blazes with its labyrinthine guitar conjurations, while the keyboard melodies dazzle the periphery like flashing neon signs. 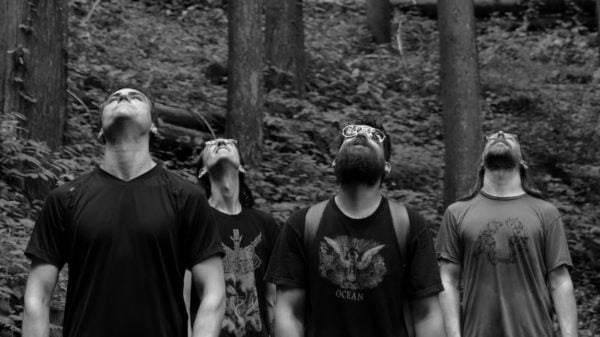