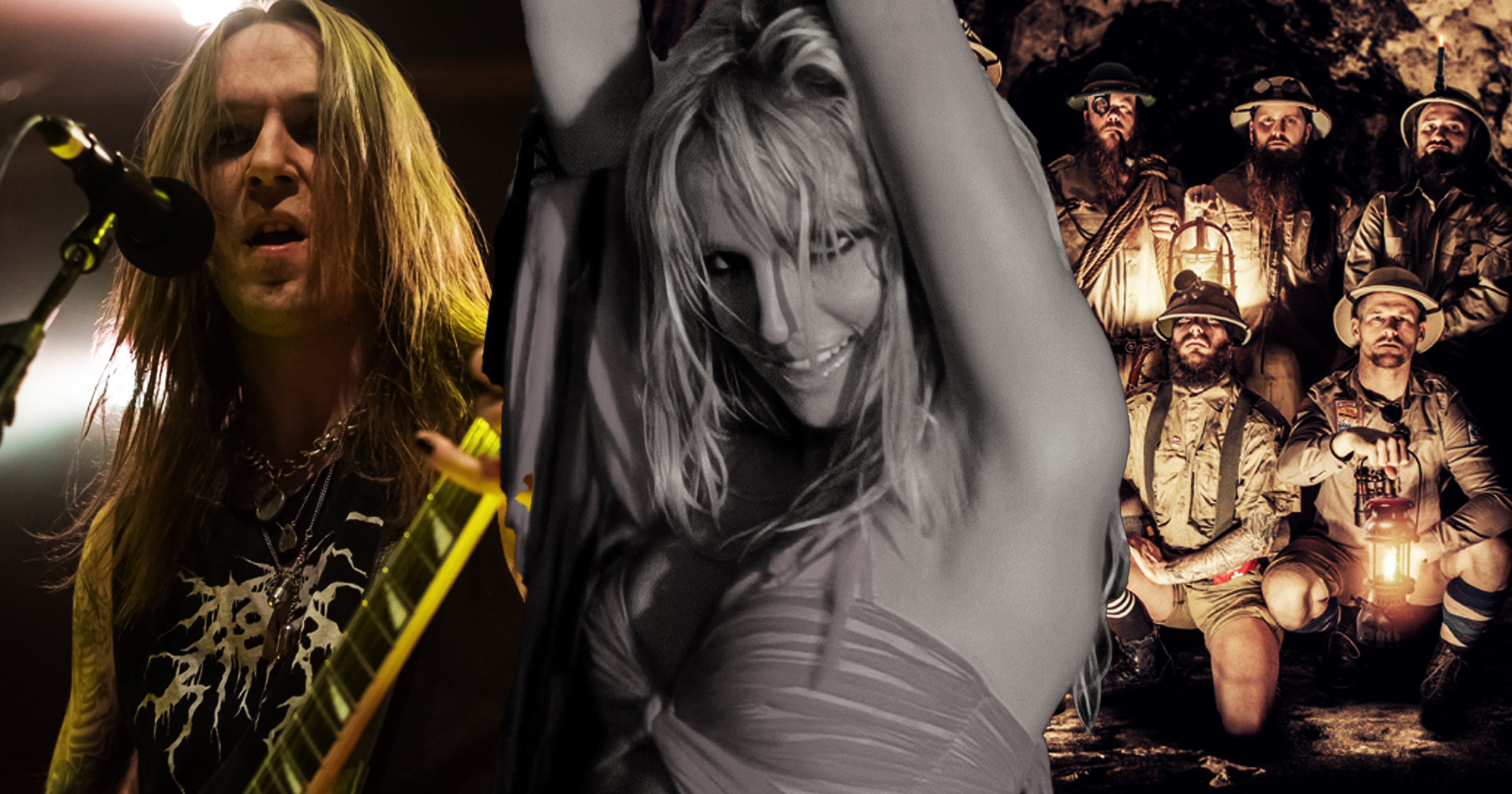 While Britney Spears struggles to end her 13-year conservatorship, we think the best way to support her is to listen to her music. The 39-year-old singer refuses to continue her career until the court emancipates her from her father, James Parnell Spears. It's a shame, considering that Britney's ripped boyfriend, Sam Asghari, a personal trainer, looks like he could end any battle with a hook kick.

Britney Spears has accumulated many fans in the metal community. In fact, her songs are often played by metal bands. This has become a bit of a running inside joke, although not one without admiration. Britney represents the type of youthful rebellion and cocksure sexual power that headbangers can only pray to Beelzebub for the strength to conjure. Here are 5 times metal bands covered Britney Spears and totally slayed:

Children of Bodom— "Oops…! I Did It Again"

Metalheads everywhere mourned when the news broke on 4 January 2021 that Alexi "Wild Child" Laiho had passed away. The music world will remember Laiho as one of the greatest voices and guitarists of his generation. The 41-year-old frontman of Children of Bodom, and more recently Bodom After Midnight, loved to shock and party in unexpected ways. That's why Brann Dailor of Mastodon became agitated when he discovered that COB had a penchant for blasting the Bon Jovi while binging on tequila. Both COB and Laiho independently have covered Bon Jovi songs. It should not come as a surprise, therefore, that Laiho's sense of humor led him to record a cover version of Britney Spears' "Oops…! I Did It Again" for the Japanese edition of Are You Dead Yet? (2005). Laiho occasionally performed this hit to alternate the mood during concerts.

On the album version, Laiho can be heard spitting, coughing, and growling in his distinctive manner. Laiho's voice was always instantly recognizable. This track also features the Finnish singer Jonna Kosonen. Before the end of the song, the band jests in Finnish about a six-pack… presumably of beer. This cover is the most extraordinary combination of cringe and brutal. After all, who could resist a thin Scandi blond like Laiho — a man with bleeding black eyeliner and "H-A-T-E" tattooed on his hand?! Listen to Laiho transform into a scream queen.

TrollfesT is a folk metal group from Norway that exemplifies the very antithesis of a boy band. The band members are known for its strange antics, such as setting up an impromptu "picnic" on the side on the stage with pizza and beer while their tour buddies from Ensiferum were performing. How is that for stealing the show at Irving Plaza?! TrollfesT's shows are among the most chaotic and confounding. The band is known to take the stage wearing the most incongruous outfits: coconut bikinis, princess costumes, lab coats. TrollfesT, always up to shenanigans, even sold their own "Brakeboner" condoms.

TrollfesT's cover of "Toxic" definitely delivers the bizarre factor. In one live performance, watch members of Satyr, an Atlanta-based band, and Abbath, the great Norwegian black metal band, join in on the fun. Although the official music video is not as flamboyant as many of the band's balloon-filled stage renditions, its eclectic elements come together to produce a simple yet nightmarish experience that is… terrifying.

Black Ingvars describes itself as a "dancemetal" band. The humorist ensemble, which hails from Sweden, has covered a number of hits in both English and Swedish. Have you ever wondered what the melody of "Holy Diver" would sound like when set to the lyrics of a tune from a 1975 Swedish film about Pippi Longstocking?! Black Ingvars sorted out that question in the song "Sjörövarfabbe." What better way to stupefy friends than to crank Black Ingvars up when your party is entering the witching hour?

Black Ingvars released "Hit Me Baby One More Time" on the album Superhits (2000). This cover version packs a gothic '80s twist but still feels fresh. This recording has a nostalgic vibe that will satisfy your inner Eurovision enthusiast.

The Swedish "SID [as in SidStation] metal" group offers a sound that differs from what most metalheads would anticipate. The cyber-age band is much softer than your average metal group. Nevertheless, Machinae Supremacy's version of "Gimme More" is original and unapologetic. What would a headbanger sound like at a rave?! This song moves at a faster pace and has more momentum than the Britney Spears version. This cover sounds like MDMA in audio form.