10 SYSTEM OF A DOWN Songs for People Who Hate Politics 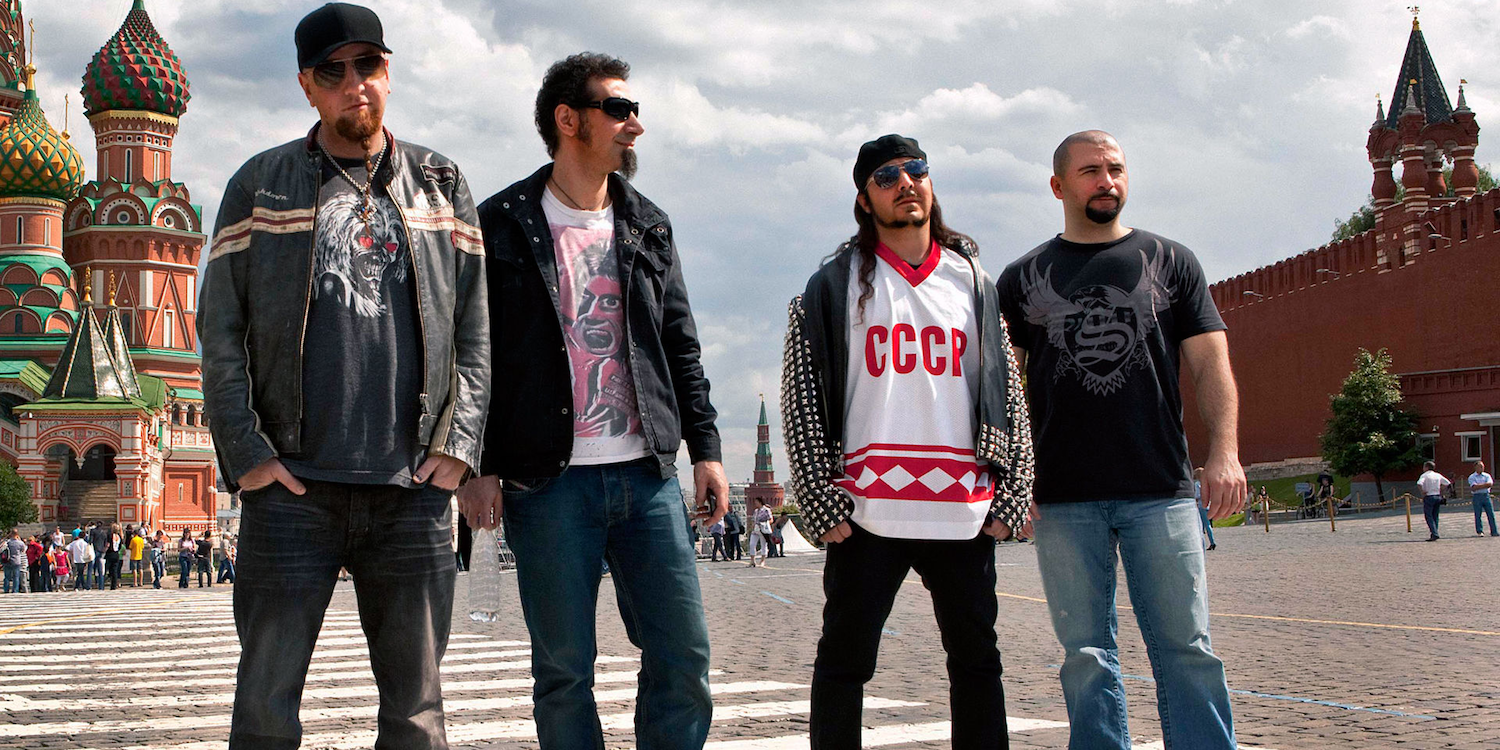 People hate songs about politics even when they’re by political bands. It’s a strange phenomenon. There’s much confusion about what makes a political band. It can easily be determined by reading or listening to the lyrics, but who has time for those shenanigans?

If you’re confused, here’s a freebie: Rage Against the Machine is a political band. Their music has always been political, and it always will be. If that’s a shocker, hold on to your pocket full of shells. You know that crazy Armenian band who sang about sitting around with mushroom people? I hate to tell you this, but they’re also political. That’s right, System of a Down writes about politics. Sorry.

I understand your frustration. You don’t want musicians to tell you how bad the government is. You know that the government sucks and that wars aren’t fun. Sometimes you wanna rock out with your cock out, and a history lesson is an instant boner killer. If that’s the case, these 10 System of a Down songs will achieve that goal.

Speaking of raging hard-ons, “Cigaro” is about a member so huge and powerful that it walks through doors. I’ve never seen anything like that happen, and I don’t want to.

This song sarcastically attacks rich fat cats who think they’re better than everyone. Serj Tankian says these “propagators of all genocide” are “burning through the world’s resources,” but don’t worry, that’s as political as it gets! The greatness of this song is the ability to shout, “Can’t you see that I love my cock?” while headbanging like a savage beast.

There aren’t nearly enough metal songs about pizza. Where you at, metal singers? Take a break from Satan and get down with some sausage and pepperoni. That’s what SOAD did with “Chic ‘N’ Stu.”

The record is titled Steal This Album!, but this song stole a pizza my heart. It’s great to blast after returning from the bar at 2 a.m. on an empty stomach. Serj points out the harmful effects of consumerism, but it just makes me crave a large, piping hot pie in my mouth. No mushrooms, please.

Legend has it that Daron Malakian wrote this song after accidentally running over a rabbit in his driveway. It works considering the lines, “Eat all the grass that you want / Accidents happen in the dark.” You can tell this death was traumatic for him.

I’ve read variations of the story but no confirmation. In one version, it was Daron’s bunny named Rock ‘n Roll. In another account, it was Serj’s pet that Daron ran over. Maybe some friendless middle-school dork made it up, posted it on YouTube, and now the whole internet believes it.

One thing is for sure – it’s not about the Armenian Genocide. Or is it?

The passing of an innocent rabbit is depressing. Let’s lighten things up with a song about America’s favorite pastime. This track is about old dudes playing baseball in Hollywood. Nothing more, nothing less. Except for the laser sounds and robot voice that gives it a Super Baseball 2020 for Sega Genesis vibe.

Daron penned this quirky criticism of washed-up actors after participating in the 45th annual Hollywood Stars Night at Dodger Stadium. It’s not surprising that he singled out Tony Danza for cutting in line. That dude thinks he’s the boss of everyone.

“Psycho” from Toxicity starts with some sick bass riffin’ by Shavo Odadjian. You think it’s going to be a dark, slow-burner until the rest of the band gets released from their shackles. Serj explodes into a tirade about groupies losing their minds on blow. Another day in the life of a rockstar. It could be a Mötley Crüe song, but Vince Neil would pass out trying to shout the chorus.

This song doesn’t just project anger toward psycho whores. One of the last things Serj says is, “You really don’t have to be a ho.” Aw, he cares, after all. How sweet.

Speaking of bad reactions to drugs, “Peephole” from System of a Down also falls into this category. It sounds like a Batman villain wrote it, which makes it both fun and terrifying.

If this is what it feels or sounds like in your head when you first get high, you should never do drugs again. Go to the next carnival sober and eat a bunch of funnel cake.

Ah, the joy of hearing your song on the radio. We all know what that’s like, right? Well, if you’re in System of a Down, it’s not always great. Daron told Guitar World, “It’s almost like someone saying, ‘Hey, I’m on the radio,’ but they’re not happy about it.” Man, that sounds rough.

I wonder if his neighbors Danny and Lisa are happy that he dedicated this song to them. They should be. “Radio/Video” may be dripping with sarcasm, but it’s one of System’s most pleasant-sounding songs. I wish they played it on the radio.

If you like bananas, you’ll like this song. If you like terracotta pie, you’ll love this song. Terracotta is a type of clay used to make pots and other fun things. However, a terracotta pie is something different according to urban dictionaries. I won’t repeat it here, but similar to “Psycho,” it involves hoes.

“Vicinity of Obscenity” should have been the first single from Hypnotize. This mistake shows how out-of-touch record execs are. The song boasts a cool, “in da club” vibe while making you jump up and down like a frog. If your legs are sore the next day, eat some bananas. Potassium does wonders for leg cramps.

9. “This Cocaine Makes Me Feel Like I’m on This Song”

Drugs are bad, mkay? But everything will be okay if you don’t eat the fish. If that’s not enlightenment for today’s youth, what is? Mezmerize is loaded with that kind of PMA.

The only thing better than banana terracotta pie is gonorrhea gorgonzola. Don’t knock it until you tried it, son. Morgan Freeman said that, and I can imagine him cruising down Hollywood Blvd, hopped up on eight balls, with this song blasting out of his Cadillac.

It’s hysterical that this track appeared in the animated film The Secret Life of Pets. I’d like to shake the hand of whoever approved that decision.

“Bounce” enables you to hop 30 ft. in the air like a Kangaroo. It also helps you forget about all the terribleness going on in the world. For that, I thank you, System of a Down.

There you have it. A politics-free article about a political band. What’s your favorite non-political System of a Down song?