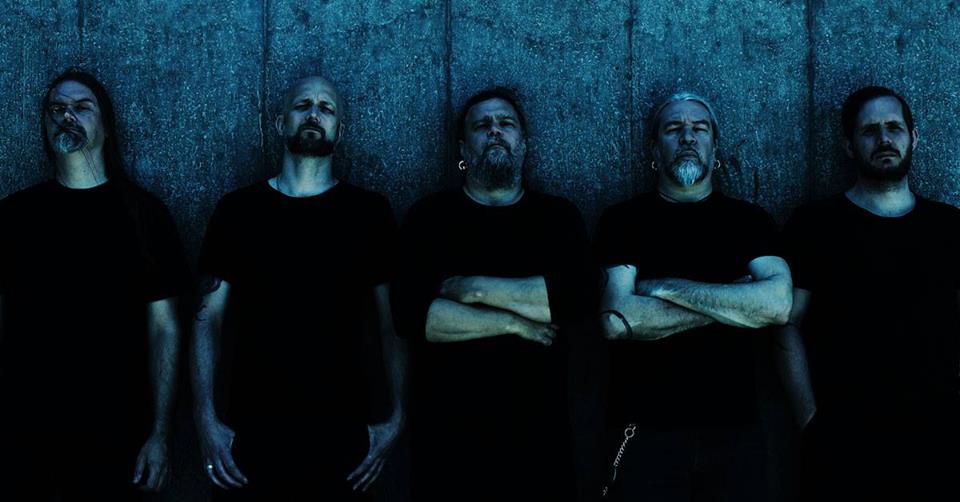 One of the most influential metal acts of the last thirty years, Umeå, Sweden’s Meshuggah have cemented their legacy across the heavy music spectrum. Their combination of low tuned guitars, complex polyrhythmic grooves, unflinching heaviness – as well as a penchant for the occasional fusion and abstract detour – has made them a unique and oft-copied group.

Far too many bands to mention have taken hints, or large portions, of Meshuggah’s sound to create their own – especially in the last decade or so with the rise of the infamous ‘djent’ sub-genre. But the originators are always hard to top, and the Swede’s have delivered some of the finest metal albums of the 90s and beyond, including stone cold classics like Destroy Erase Improve, Chaosphere and obZen.

With eight full length LPs and a handful of EPs to dig through, Meshuggah have certainly got their fair share of deep cuts and forgotten songs. So what made the cut for our list? Read on below…

Starting us off is this slightly left-of-centre choice. More of a complete reimagining than a true remix, Meshuggah turns Rammstein’s already quite heavy “Benzin" into a completely crushing track. Retaining only the vocals and keyboard solo from the original, it’s all super low-tuned riffing and pounding grooves. Till Lindemann’s baritone voice sits perfectly with Meshuggah’s signature guitar work, and the final breakdown – with the guitars tuned even lower than the rest of the song – is absolutely filthy. Featuring as a b-side on the original “Benzin” single release back in 2005, it also made it onto the special edition of Rammstein’s Made In Germany 1995-2011 compilation.

Far more thrash-metal orientated than what Meshuggah would eventually be revered for, “Cadaverous Mastication” is a track that appears on both their self-titled debut EP, as well as their first full length release, Contradictions Collapse. Meshuggah would ditch the more straight-forward chugging and drum work as their career progressed – but let’s not forget; this album came out way back in 1991, and there are still plenty of unique moments to be found – check out the off-kilter riff that crops up at the 3:00 minute mark, while the clean bridge/solo section features some archetypal guitar leads from Fredrik Thordendal. “Cadaverous Mastication”, and arguably the album it closes, has been a bit forgotten by the band and fans alike – it’s time to rectify this.

Featured on Meshuggah’s (at time of printing) most recent album The Violent Sleep of Reason, “Ivory Tower” is a track yet to be played live by the group – which is a damn shame. Solely composed by guitarist Mårten Hagström – both lyrically and musically – it’s main chromatically descending riff is almost absurd in it’s heaviness and sheer audacity. Since the album was recorded mostly live, The Violent Sleep of Reason does have a more human-like quality to it coming off the back of their previous albums – something that makes for a nice change from their sometimes robotic sounding attack. The Meshuggah lads also have the under-rated knack at ending their songs powerfully, with “Ivory Tower”s thunderous bridge riff reappearing after a brief false ending to hammer it home.

Worthy of inclusion almost solely on it’s god-tier closing riff, “Pineal Gland Optics” is arguably the most forgotten track off of 2008’s amazing obZen. A Thordendal composition that’s yet to make it’s live debut, “Pineal Gland Optics” is a intense, and tense, briskly-paced number, with layers of atmospheric guitar lines behind the powerful riffs and Tomas Haake’s always grooving yet complex drumming. Considering the pineal gland plays an enormous role in our internal body clock, one can imagine that Haake’s is larger and more active than most of the Earth’s population. “Pineal Gland Optics”, along with the excellent “This Spiteful Snake”, only crime is being overshadowed by obZen’s, and probably Meshuggah’s, most well known song, Bleed.

Originally released as part of a two track EP by Scion AV (remember when that was a thing?), “Pitch Black” was conceived back in 2003 – during the sessions of the I EP. The song features all the classic hallmarks of Meshuggah – a monster groove with an unsettling atmosphere lurking just beneath the surface. Maybe not the most earth-shattering piece of music ever recorded by the band, “Pitch Black” shows that even the Meshuggah’s leftovers are head and shoulders above most of their peers and the acts that followed in their wake. Plus the EP features a great live version of “Dancers to a Discordant System” as a nice bonus.

A rare Jens Kidman penned track, “Ritual” features an even bigger anomaly with the frontman utilising pure singing vocals during the bridge sections – an occurrence that has potentially only happened once across their back catalogue. Appearing on the 1994’s None, the EP was a transitional release for the band, landing between Contradictions Collapse and Destroy Erase Improve. Meshuggah’s music was growing in complexity and heaviness, whilst also exploring more prominent ambient clean passages, with “Ritual” being a perfect example of this. “Ritual” found it’s way onto the Japanese release of Destroy…, but hasn’t been played live in close to three decades, and never outside their native Sweden.

A song that is so stupidly low-tuned, and rhythmically jarring, that it’s clear by the time Meshuggah got to recording their 2002 album Nothing that they wanted to push heavy music into uncharted territory. Hearing “Spasm” some 20 years after it originally came out, it’s pretty obvious where the djent movement took a lot of influence from, but this type of metal was basically unheard of in the early 2000’s. On “Spasm” Tomas Haake’s insane drumming is ridiculously complex, yet never loses groove – and while the rhythm guitars are simple in note choices, the playing is air-tight and locked in with the drums, creating a brick wall attack. Somewhat understandably, “Spasm” has never been performed live, but nevertheless is a mind blowing Meshuggah deep cut that deserves more praise.

The epic closing track of their breakthrough sophomore album Destroy Erase Improve, it’s a bit of a mystery why “Sublevels” is an under-appreciated, never-played-live gem in their back catalogue. The song features several different sections back to back without repetition, and ticks off almost every Meshuggah trick in the playbook – eerie Allan Holdsworth-style clean guitars, chugging walls of razor-sharp riffs, spoken word vocals, free flowing jazz-fusion drum licks and more. “Sublevels” also features an amazing melodic passage that serves as the backing to another great Thordendal guitar solo, with one foot in the melodic and the obtuse. If they can dust off the equally impressive “Dancers to a Discordant System” (from obZen) in the live setting, there’s no feasible excuse why the same can’t be done for “Sublevels”.

The Exquisite Machinery Of Torture

Chaosphere was the album were Meshuggah really started to dive deep into the world of technical rhythms and ultimately became the group that we all know and worship today. Their third full length packs some of their best material, however one song that’s been overlooked for too long is “The Exquisite Machinery Of Torture”. Polyrhythms and strange timings aplenty, with the track relentlessly offering one odd-metered groove after another. The spitfire vocals are actually performed by drummer Thomas Haake – probably one of the reasons why it’s never made it to the live stage. Being stuck as an album’s penultimate tune is never a sign of it being one of the band’s favourites, and “The Exquisite Machinery Of Torture” is a forgotten gem for sure.

A frankly beautiful piece of music that closes the Koloss record, “The Last Vigil” is a calm comedown after the unrelenting nine tracks that come before it. Another Hagström composition, the song is anchored by a dreamy clean guitar pattern before atmospheric single notes are slowly layered on top of it. During the production of Koloss, the band were unsure of where to place it in the album’s running order, with the discussion leaning towards either the middle or the very end – I wholeheartedly believe Meshuggah made the right call and “The Last Vigil” serves as a fantastic finale for a great album – and our list.

With a healthy back catalogue of songs to pick from, there’s certainly more great Meshuggah nuggets that have slipped under the radar for far too long – so what are they? Let us know in the comments below!