TOOL On Pace To Have #1 Album In The U.S. And TAYLOR SWIFT Fans Are Pissed 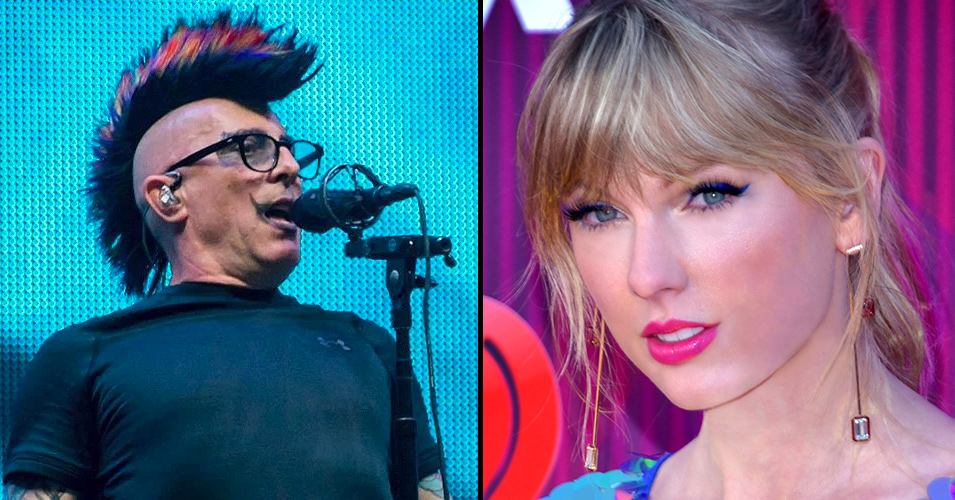 Tool's Fear Inoculum is currently on pace to knock Taylor Swift's album Lover off the top of the charts after just one week. And that doesn't sit well with the Swiftys, some of whom have no idea who Tool even is.

Tool's number is impressive because it's mostly pure sales and without the help of a ticket bundle, like some other artists have done.

Meanwhile, a ton of Taylor Swift fans have just found out who Tool was after seeing them best Swift on the constantly updating iTunes album charts. Swift has some history with metal, telling Jonathan Davis she loved Korn, quoting Every Time I Die, and posing for photos with Marilyn Manson.

Here are some Taylor Swift fans just learning about Tool:

Keep streaming guys! This band Tool is dropping a new album after 13 years (lmao 13) is okey but.. We still have a chance! STREAM #Lover by Taylor Swift HARDER! Also YNTCD and Lover seems to doing well so.. We have work ? pic.twitter.com/tplJMRG4AO 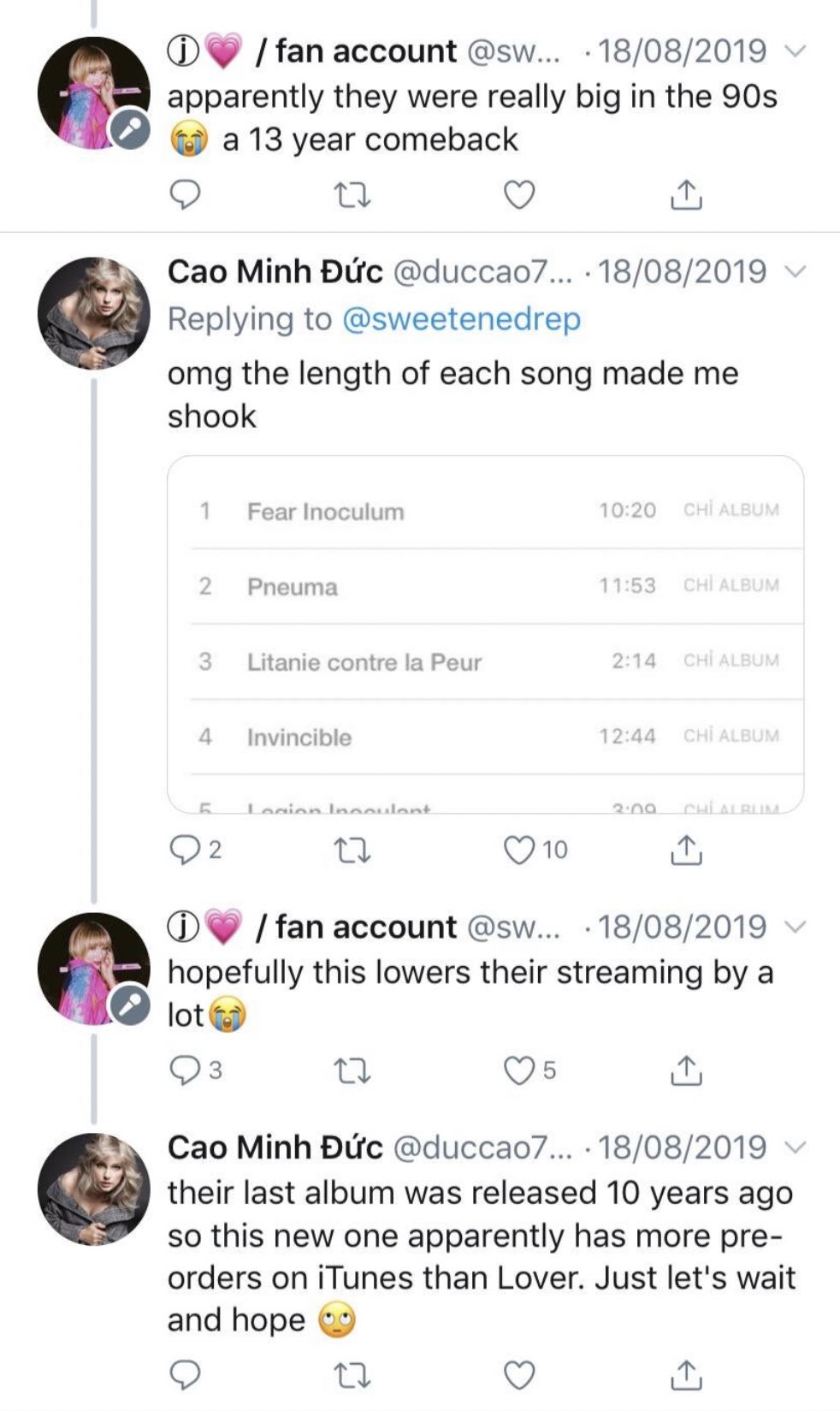 I deleted those comments.

I tweeted out of ignorance cause i had no clue who they were and i assumed that they were a new band from Spotify (even i listen to a lot of Classic Rock).

After doing some research, i see that they are an influential act in rock and metal scene

Tool announced a big fall tour. Killing Joke will be opening all dates on the tour. Tickets are on sale now at the links below.

Tool's new album, Fear Inoculum, is out now. Listen to it here.