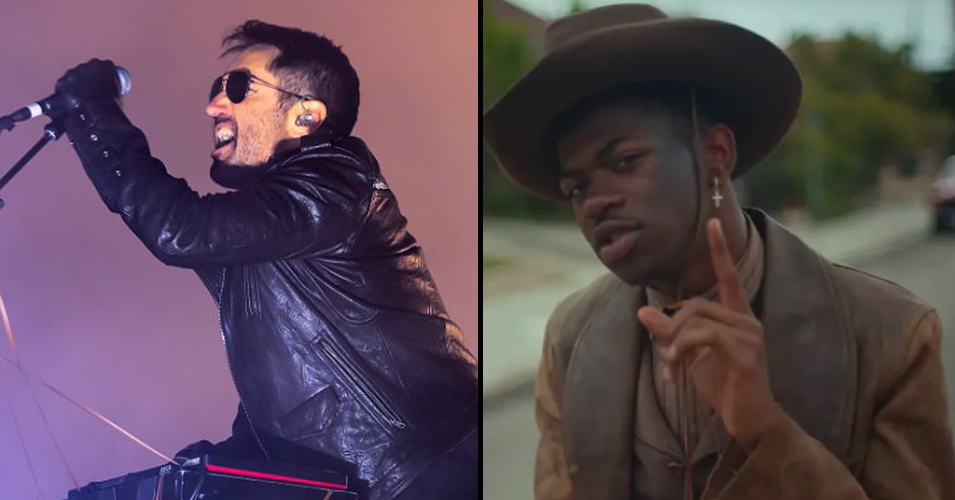 Rapper Lil Nas X released his song "Old Town Road" earlier this year and it's already been certified Platinum by the RIAA. Seriously, the song has 1.45 million sales and streaming equivalents already. If you've heard the song, then you also might know it samples "34 Ghosts IV" by Nine Inch Nails. Trent Reznor has kept quiet on the sampling ever since it got released, but has since made a few comments about his unintentional participation to Rolling Stone.

“The way it was presented to me originally is I got a call from my management saying, ‘We got a call from a panicked manager saying they had used the sample of something off Ghosts. They should have cleared it, but it didn’t get cleared. It’s picking up some steam on the viral Spotify charts. What do you think about that?’ And I said, ‘Look, I’m fine with it. I get how stuff goes. They’re not saying they didn’t sample it. Just work it out, but don’t be a roadblock to this.’ I hadn’t heard it yet. Then a few weeks later, I was like, ‘Holy shit.'”

Reznor says he's cool with the sample being used and was even asked to be in the music video. He says he denied the opportunity because "I don’t feel like it’s my place to shine a light on me for that."

“The reason I haven’t stepped in to comment anything about it is, I don’t feel it’s my place to play any kind of social critic to that. It was a material that was used in a significant way and it turned into something that became something else, and those guys should be the ones the spotlight is on…. They asked if I wanted to do a cameo in the video, and it was flattering, and I don’t mean to be disrespectful, but. I say that with complete respect.”

Reznor and his Nine Inch Nails counterpart Atticus Ross are both listed as producers and songwriters for the track.