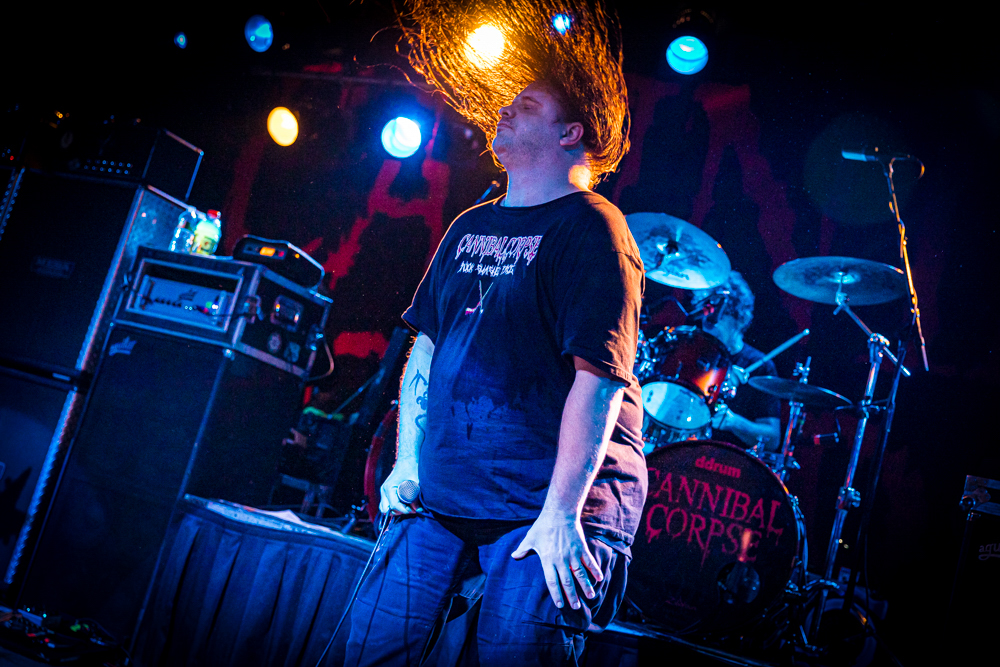 Cannibal Corpse vocalist George “Corpsegrinder” Fisher is certainly a user of streaming services, but he sure isn't paying for them! In a recent interview with MetalSucks on The MetalSucks Podcast, Fisher said he refuses to pay for streaming services and will just put up with the commercials. His reasoning is threefold – he doesn't trust that prices won't get jacked up in the future, he's used to commercials at this point, and he's too old for this shit.

Fisher also reveals in his comment that he's a Samael fan, in case anyone was wondering.

“It’s almost like growing up listening to the radio and there was not much else. Or when I was working on jobs with my father doing construction, we had the radio on, there were songs you hated, and all of a sudden you’re whistling them ’cause you listen to them a thousand fuckin’ times. But the point is, I just remember those times and I go, okay, well YouTube music, I’ll deal with your damn commercials cause I can listen to the stuff.

“I’m not gonna pay to get rid of commercials, I’m not gonna pay $1.99 a month just so you don’t badger me with dumb commercials. ‘Cause somewhere down the line that $1.99 is gonna turn into $3.99 and then $4.99. And it’s up to the person if they want to — not against anybody who does that ’cause if you do it and cut commercials and you’re loving it, and George is just being an old stubborn jerk — but that’s what I’ll do. I’m just too old for that kind of shit, you know. Pay $2 just to get rid of commercials, I’ll deal with them. I been dealing with them.”

Cannibal Corpse will release their new album Violence Unimagined on April 16. It's their first new album with guitarist Erik Rutan (Hate Eternal, ex-Morbid Angel), and you can pre-order your copy here. You can also watch our exclusive interview with vocalist George "Corpsegrinder" Fisher here.

Listen to the entire MetalSucks podcast episode below.