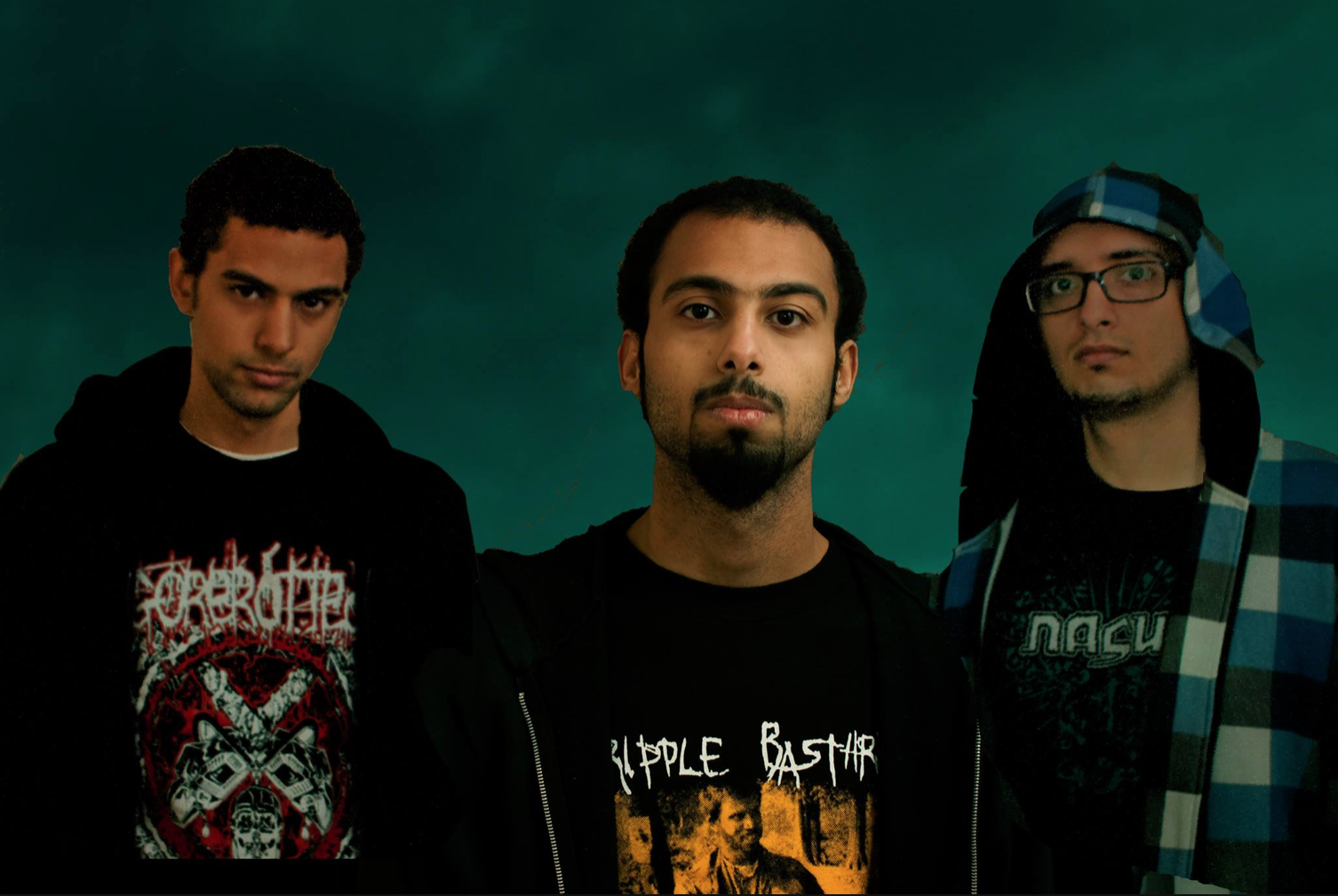 Many of us metal fans have glacial sized chips on our shoulders. I know I did. My favorite bands' records aren't available in my town, this 'world tour' is completely skipping my corner of the planet (fuck!).

Growing up on the furthermost Eastern Province in Canada, I had a bitch or two when it came to my love of metal. We'd be lucky to get ONE touring metal band through annually. Festivals required hefty travel budgets and the best bits of band merch required bloated tariffs, currency conversion and shit-heaps of shipping just to reach my mailbox.

In North America, we are blessed when it comes to the accessibility of our favorite bands and to explore avenues of metal that connect our love to what unites each and every fan of Metal Injection.

That was not always so in The Kingdom of Saudi Arabia, where apostasy and blasphemy, so often explored in vivid detail by black metal practitioners, are capital crimes. Alcohol, so often the tool of the metal concert-goer, is likewise forbidden. Bands like Al-Namrood operate in the shadows, shrouded in anonymity for self-preservation. But like Dylan said, the times they are changin'. While Saudi Arabia's humans rights violations should not be ignored, the country is making strides in the public performance sphere.

Al Shawaf and fellow bandmates Essam and Talal made history on October 25th, performing alongside doom metallers Shamal and one-man instrumental act Madani Zakari in the FIRST EVER metal show to ever be held in a public commercial space in Saudi Arabia.

Taking place at the Bohemian Art Cafe in Khobar, the event comes 10 years after rock and metal scene in The Kingdom was virtually driven underground. Patience and the gradual movement of progress brought the artists and fans to this pivotal moment in metal history.

Speaking with Al Shawaf by Skype, the near 20 year music-vet is still in awe of this career defining moment. But as with any ground-breaking event, there was plenty of worry and apprehension that preceded it.

"Leading up to the show people, especially bands, were skeptical for the longest time, because they existed in the old generation," Al Shawaf shared. "A lot of them were being conservative. They were worried. No one’s ready to take the risk. But I mean, the ones who organized the show are actually basically newcomers and young. They didn’t even know what grindcore or death metal was. So they weren’t into extreme music, but they asked us and I thought the idea was so crazy that I accepted it because it’s a part of the change. They already held a few shows before, but they were just like acoustic shows, solo artists and so on." 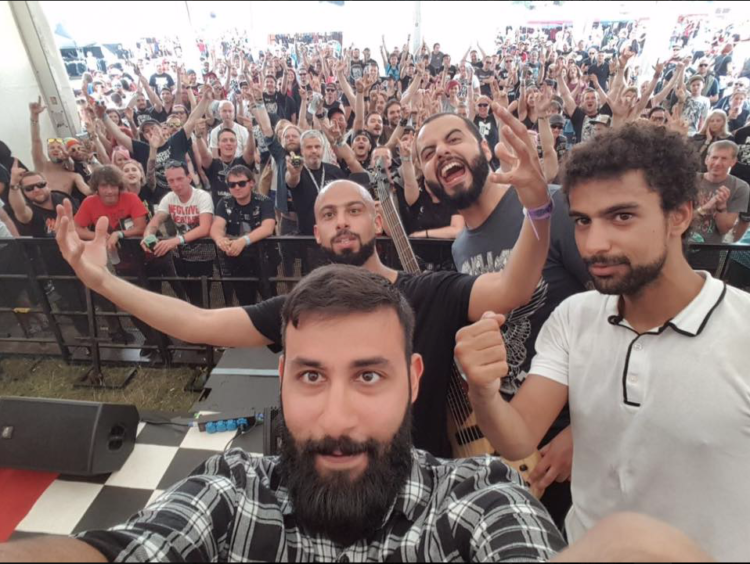 Al Shawaf is no rookie. He's been honing his craft as a grindcore and heavy music purest, influenced by the likes of Pig Destroyer, Nauseum, Morbid Angel, Carcass and Cryptopsy, since 1999. The band has performed stateside at Maryland Deathfest and has shared the stage with heavy-hitters Napalm Death and Hate Eternal, but performing, without consequence, for their countrymen and women in Saudi Arabia has always been a major career goal.

"I’ve been struggling trying to talk to other organizers and friends of mine who can actually organize something," Al Shawaf explains. "They always didn’t take the idea seriously. But when we had these organizers do this, when they announced the show, on the fourth day they said the show was sold out. We cannot register anyone’s name, they have full capacity and they were actually starting to get worried. It was overwhelming. A lot of people wanted to come in that we couldn’t offer spots because I guess the organizers were worried. They were going by the book. They didn’t want to give any reason or any excuse for the show to be shut down." 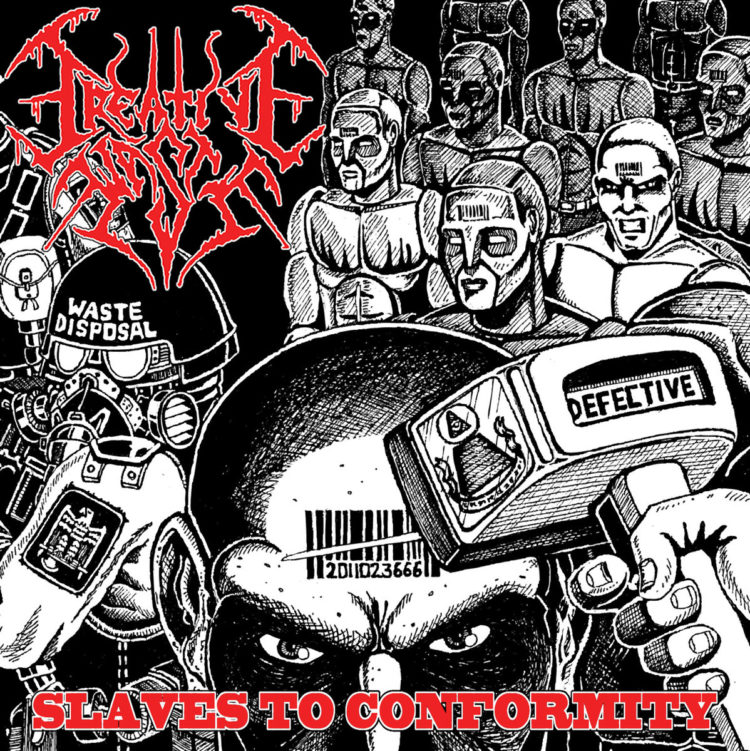 Potential promoters in The Kingdom had good reason to tread cautiously. The scene has operated largely underground since 2009, when a show put off in the capital of Riyadh at an expatriate compound became overcrowded with hundreds of attendees. The would-be promoters, one from Syria, was deported and blacklisted, while the other, a Saudi Arabian native, was jailed.

"The organizers got bolder," Al Shawaf explains, sharing that he and his fellow musicians organized private events and concerts for a collection of loyal fans and friends as early as 2004.

"Before it used to be only us organizing and people from Jeddah. It was a close circle, only people within the metal community. And then people out of nowhere started showing up and organizing shows. That’s when problems started to happen. They started charging ridiculous prices for tickets … In Riyadh there was an event, (the promoters) started charging insane amounts of money. But it was also on a private compound. So they were bold with that. But eventually they slipped. The organizers, one of them went to jail for a year. The other one, he wasn’t Saudi so he got deported to Syria and blacklisted. And after that the metal scene went to a complete halt because now they see the stakes are too high and they just bothered not to do anything."

"We went back to the roots," Al Shawaf explains. "We started (again) because of the changes in live music and everything that is happening, we figured it was about time. A few months ago there was a show in Riyadh. That was basically breaking the curse. We did the same thing. We chose a ranch or something to rent and basically we held a semi private show. We were keeping it within a circle of friends. After that show, five months, four months later, this happens. But this one’s completely different than anything we’ve done ever before because anyone can just walk in."

The sold out event attracted attention, quickly. Promoters became nervous but Al Shawaf – who has been in and seen high pressure situations in preceding decades – cautioned his fellow musicians, fans and the brave promoters patience.

"The store next door, customers were actually leaving that restaurant just to see what that noise is. And we got complaints actually from the store next door. So the organizers started getting worried about the noise. The guy is asking is there a way you guys can keep it down? I don’t know what to tell him because the guy does not really understand the style of music.

"I’m telling them back then, it was strict and nothing happened. Why would you think now when they were actually encouraging you to start shows?," Al Shawaf shares. "They still complained and they even brought the building manager to complain. But we went through the night. We cut our set a bit short, but we got away with it. It happened." 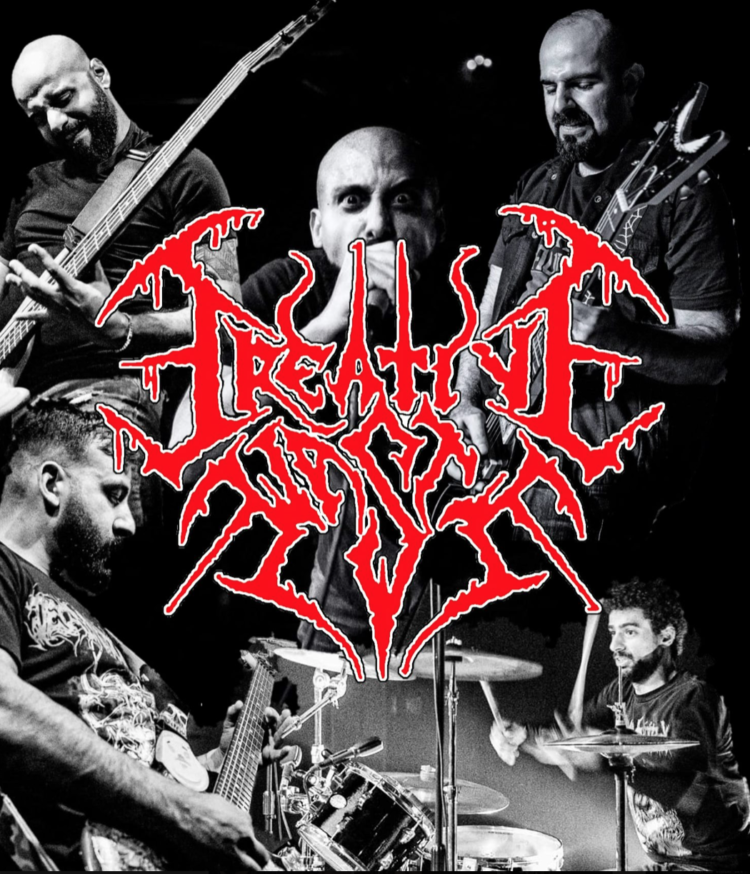 Weeks later and Creative Waste's socials have been flooded with comments and praise from metal fans both in The Kingdom and abroad, praising the group and their fellow performers for the milestone that was decades in the making.

"It was one of the best shows we’ve ever played, like literally," he says proudly. "A lot of people who showed were faces I haven’t seen in ages, like I haven’t seen them in over 10 years. They appeared on that day, which was really cool. It felt like everyone’s coming back. Everyone’s starting to get hopeful. All the organizers, all the people in the metal scene are now starting to think bigger, like they want to do bigger shows. I wouldn’t be surprised if they held an open air show. They’re really, really driven. And I think it’s going to happen, all after this show. This show was like … it’s possible. We did it. Nothing happened. The world didn’t end because everyone was scared."

Al Shawaf, who attend the World Wrestling Entertainment's Crown Jewel event in Riyadh on October 31st, just six days removed from Creative Waste's historic performance, is proud of the changes in his home country. Two women wrestled a competitive match for the first time in Saudi Arabia, something that years prior would be unheard of. In the staged world of pro-wrestling, a milestone like that cannot go unnoticed as representing the larger picture.

"It was surreal," he said of attending the larger-than-life sports entertainment spectacle with serious worldwide implications. "It makes you think sometimes I’m in Saudi right now. I was at the WWE show and it’s like we’re in Saudi and I’m watching Brock Lesnar and Cain Velasquez. It was definitely something I haven’t experienced in Saudi before."

And while the bout between Lacey Evans and Natalya was front page news and created a social media frenzy, the actions of three bands performing in a small cafe in Khobar only days prior, hasn't caused a system crash. It is though, a true and pure sign of change. For Fawaz Al Shawaf, that in itself is enough.

"Music wise, that’s enough for me now. I actually got to play the closest thing to my hometown, which is Khobar because I’m from Qatif. It might as well be a hometown show. And it was just one of the best shows we ever played. For the first time my mother actually attended. People from our family who don’t necessarily like our music, they were excited to come to the show.

"It’s a milestone," he adds, clearly moved by the reality of recent events. "It’s definitely up there with the biggest and our proudest achievements. There’s like a trend that happens here; a lot of bands get cold feet right before the last second. It nearly happened with the last event and with this event as well. There were a lot of bands that canceled or dropped out very soon after agreeing to do it. And they have their reasons. Some have personal issues or whatever. But I’m just saying, it just keeps happening. We knew if we don’t push for it, it’s not going to happen. So we were determined to play it even for only us. And it paid off. You just learn that you don’t expect things to be perfect. You always have problems. We fought for this."

Creative Waste is in the midst of putting the finishing touches on their followup album to 2012's 'Slaves to Conformity' and look to tour in 2020. Support them at their official Facebook and Bandcamp.