UNE MISÈRE's Jón Már Ásbjörnsson: "I'm Kind of Inviting The Devil Over for Coffee Each Time We Take the Stage." 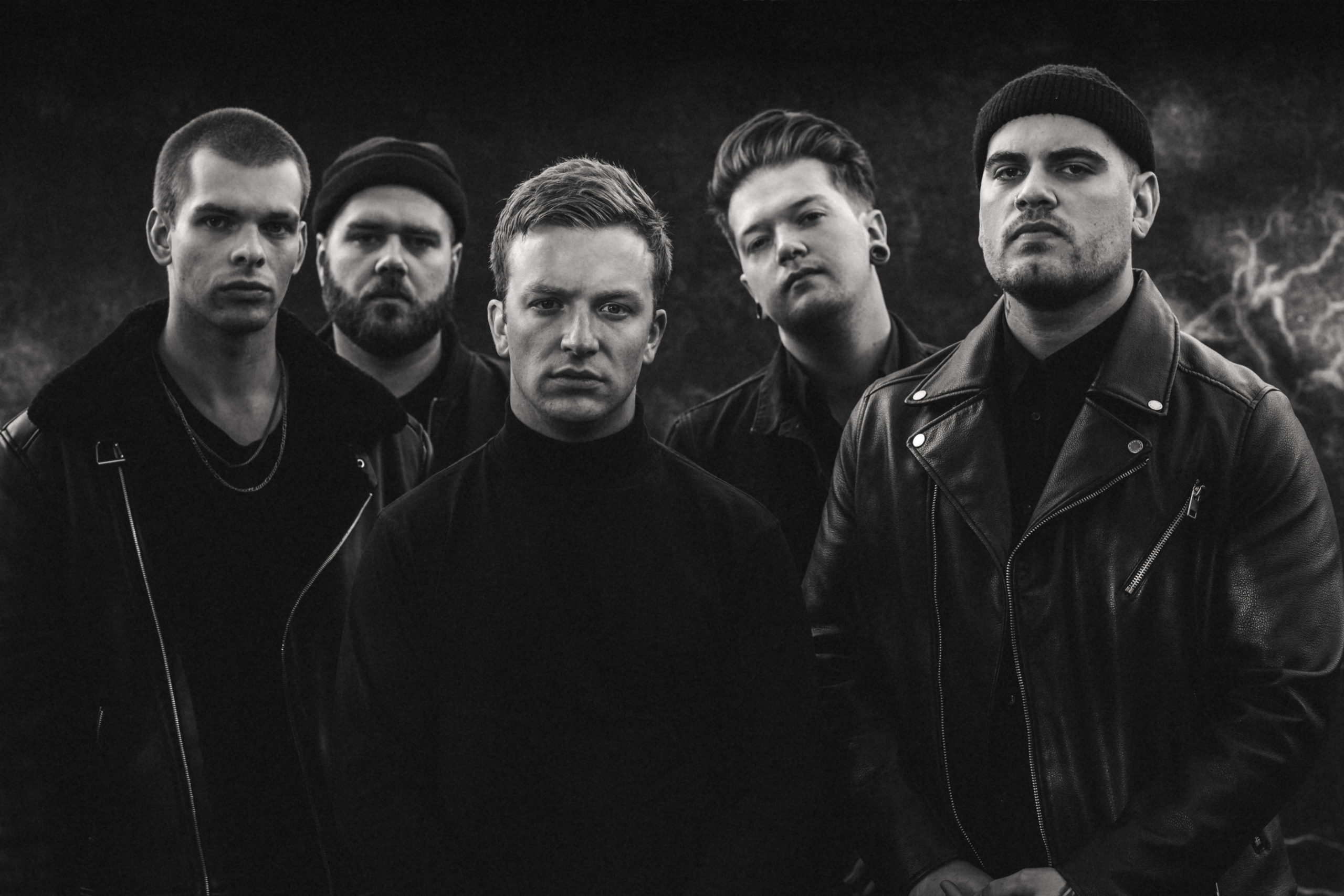 Jón Már Ásbjörnsson owns his mistakes. That much is evident minutes into the conversation between Metal Injection and the frontman to Iceland's fastest rising metal export.

Une Misère's debut album Sermon, released just over a month ago through Nuclear Blast, is being touted as a triumph, with the five-piece blackened hardcore metal masters highly regarded as one of the breakout acts of 2019.

From topping Wacken's Iceland Metal Battle in 2017, to performing alongside the mighty Slayer and wowing audiences at Roadburn, it has been a start for the ages for Ásbjörnsson and company. But the road to prominence has not been one less travelled.

"I kind of feel that it's necessary for me to revisit and for me to relive some of that pain, because it is mine," Ásbjörnsson shared. "And whether it be a pain that I've inflicted or that I've lived it, it's always my pain, partly."

Ásbjörnsson has been upfront about his demons, his battles with drug and alcohol abuse and the constant fight for sobriety. He knows he's wronged, plenty, and he wears that shame on his sleeve, the lyrics of Sermon laced with poison-like-pain and long known regrets.

"The first song on the album actually deals with that exactly where the final words are, 'Don't let me forget my pain'. And that is just a crying out of, 'I know that I fucked up, but you don't need to forgive me'. You can ask someone for their forgiveness, but you gotta damn well know that you're not entitled to it. That's kind of how I view these things and these pains that I have written about. They're there for a reason. For me not to live them and not to learn from them would be a huge waste."

Une Misère's story cannot be fully explored without delving deep into the beautiful-yet-hauntingly-bleak country of Iceland. It is the most sparsely populated country in all of Europe and, naturally, isolation is a recurring theme of those who live, work, and create art with the Nordic isle as a backdrop.

"I grew up in a town of 900 people up north where the mountains actually surround the town in sort of a U shape, and the mountains there are very tall. We'd get sunlight from 2 to 5, when we'd get sunlight." Ásbjörnsson explains. "The constant isolation of being stuck on an island with everything happening around you and nothing happening near you, it takes its toll and it becomes this thing where you get used to being disappointed, I guess. That feeling of being used to disappointment kind of sculpts you personally. With our personality comes our sound, of course. You can hear the darkness and you can hear how bleak things can be through this record. I think we did a good job in delivering that. I mean, you can always find a good side of Iceland, but when you live here it's very easy to find whatever is wrong with it.

Sermon is the embodiment of that pain, the ache for escape from both place, body and spirit, and of finding beauty, and catharsis, in the emptiness.

Reliving those emotions night after night is a fascinating exercise, Ásbjörnsson admits, particularly when the subject matter cuts quite close to home.

"All the lyrics on this album are very personal and come from personal experiences. I'm kind of inviting the devil over for coffee each time we take the stage, but it's nice to walk off stage having won that battle," he says calmly. "It is quite cathartic to go back in time and to kind of relive the things that I wrote about. They're that close to me that it's enough for me to read the lyrics out loud and I know exactly what state of mind I was in when I wrote them. And I mean, sometimes it can be a stab in the heart, but if that's what has to be done then that's what has to be done.

"We take all of our problems and all of our bad feelings and we kind of gather them five minutes before stage time and we bring them up on stage," Ásbjörnsson adds of live performance. "It's just a battle on stage. Who's going to win? Us or our problems? And we do everything that we can to win that fight. So yeah, it can get crazy at times. We like playing and we like jumping off stuff."

Une Misère now find themselves with momentum and steam. Rave reviews live, a celebrated debut album, and more importantly, folks who believe the hype behind the band is real.

When asked what the forecast for the group was in 2020 onward, Ásbjörnsson remained tight-lipped on future plans, though jokingly shared that "our manager has planned out our lives until 2022."

It's a hell of a position to be in, especially for a young band whose best years are almost undeniably ahead of them.

"Where we are and what we're doing is what we planned on doing since we started this band. I mean, sure, it comes as a shock that it's actually happening, but from the moment that we realized that we might have something we knew that we had to go all the way with it. So for us to be the new hot shit or part of the new hot club, that's just a necessary step. We don't take that for granted. Not at all. We're gonna do everything that we can with that, but we don't feel the pressure. We're doing what we're doing and it seems to resonate with people. I don't think that's going to go away."

In this article: Une Misère 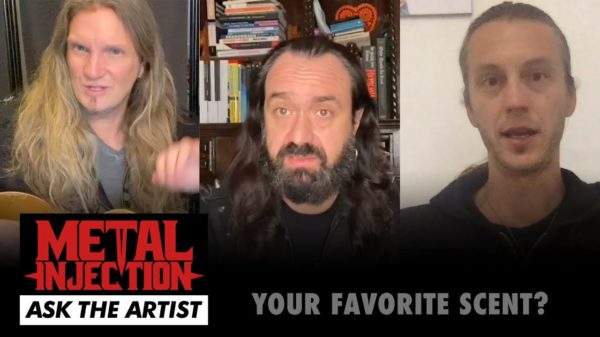 ASK THE ARTIST: Your Favorite Scent?

We ask members of Marianas Rest, Baest, Greenleaf, Conan, Moonspell, Whitesnake, Epica, and Une Misere to get weird and tell us about their favorite... 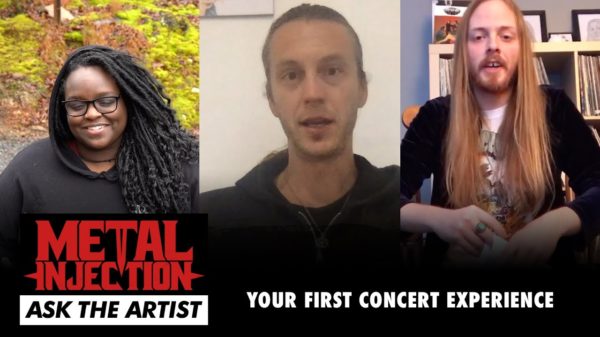 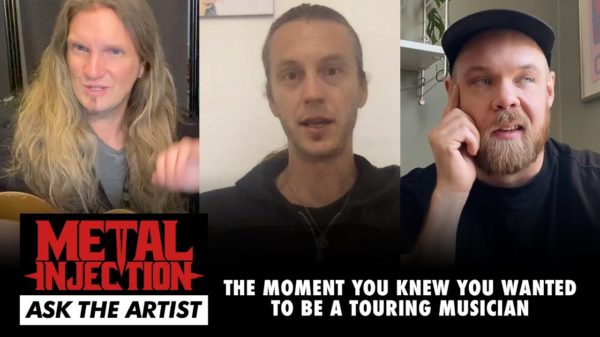 ASK THE ARTIST: How You Knew You Wanted To Be A Touring Musician

We ask members of Marianas Rest, Baest, Greenleaf, Conan, Moonspell, Whitesnake, Epica, and Une Misere about the moment they knew they wanted to be... 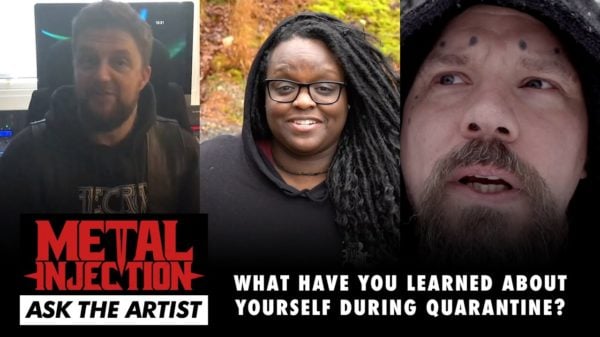 ASK THE ARTIST: What Have You Learned About Yourself During Quarantine?

We ask members of Epica, Wolfheart, Tetrarch, Evile, Endseeker, Capra, The Vintage Caravan, The Crown, and Une Misere what they've learned about themselves during...