TESSERACT Discuss 2019 Plans, Their Most Important Gig Ever, & More

2018 was a great year for progressive metal, thanks to some incredible releases from the likes of Tesseract and Between the Buried and Me. BTBAM’s Automata I dropped last March; Tesseract’s own Sonder arrived in April; and Automata II was finally revealed in July. Acclaim and acceptance naturally followed, before both bands teamed up for an epic British and European touring schedule, due to continue with an American expedition this February.

Speaking to Dan Tompkins the day after Tesseract’s headlining show at the O2 Shepherd’s Bush Empire in London (supported by both BTBAM and Australian guitar wizard Plini), Metal Injection finds the vocalist in a gregarious and reflective mood. “Last night’s show was probably the best of the band’s career so far,” says Tompkins when asked to pick his favorite moment of the year. “It was definitely a milestone in the band's career. To be a UK metal band selling out that type of venue is a real achievement.”

“In terms of the business of the band, we have a great team behind us, management and agents, and a very good record label,” Tompkins continues. “[The album campaign behind Sonder] has been very successful so far. There's a notable rise in attendance at shows, crowd participation, album sales. The band's definitely on [an upward] trajectory, and we're all feeling very happy and comfortable.”

Given that Tesseract maintain a fairly punishing tour schedule, including international travel and very few days off, keeping in shape on the road can be quite a challenge. “Generally speaking, we all just try and eat well,” says Tompkins. “We go for a nice meal every day at some point. We try and sleep as much as we can, stay fit and healthy. We're all trying to live in the most comfortable way we can.”

“In terms of vocal health, I have quite a rigorous daily routine that includes a hands-on vocal massage,” Tompkins continues. “Then I go through a 45-minute warmup routine, and then we go through the rituals of the pre-gig, backstage preparation. Taking some time out to meditate, or just focus and listen to music and wind down.”

You mentioned meditation there – is there a spiritual element to what you do?

“Yeah, absolutely. We all have different values and beliefs, but we definitely all like to meditate and focus. I think I'm the only one who has any kind of religious beliefs. I don't think anyone else [does] – most of us are fairly atheist in that respect – but we all have different belief systems, and we're all very respectful of each other.”

As with every Tesseract album, Sonder is clearly an album birthed by an eclectic assortment of compatible collaborators. “In terms of our own songwriting ability, it's a natural progression,” Tompkins states. “The more you do something, the better you get at it – and we've been doing this for so long that we've got a good songwriting structure in place. But that being said, we do like to vary it up, change the process, and ultimately change the outcome. That's very exciting for us, because we like to be forward-thinking and write music that hopefully won't become stale. Even though every record we've put out is very different, there's still a distinctive Tesseract sound and theme running throughout it.”

That assertion is obviously not up for debate – and countless fans and critics were quick to pick up on Sonder’s more aggressive sound, a notable step up from Tesseract’s 2015 opus Polaris. “When I left Tesseract after One, I went away and trained for a long time, retraining my voice and reconditioning myself to become a better singer,” Tomkins explains. “Part of that process was to remove screaming from the equation totally, and become a more well rounded and confident [vocalist] – which is why there are very few screams on Polaris. The screams that are on there are either backing screams or very choice moments, and they're few and far between.”

“But now, two or three years on from that, I'm in a very different place and much stronger in terms of vocal health, vocal conditioning, and songwriting – and I'm a much more confident frontman and singer in general. I think if you look at the comments from the start of this touring campaign on the live performance of Tesseract as a whole, I'm sure you might see a recurring theme of people saying that it's the best show they've ever seen, or the performance has stepped up a notch or it's next-level. We feel the same.”

Despite Tesseract’s success, and the pressure that comes with it, nerves aren’t much of an issue at this point. “Sometimes, playing big industry shows like L.A. or London have in the past been a little bit unnerving, because you know you have to pull off a good show,” says Tompkins. “But last night [in London], I'd say that was probably the most important gig we've had, ever, and we just walked on, very comfortable, very at ease with each other and our performance, and we had a really good time.”

The view from the stage has also become far more diverse as Tesseract continue to push the boundaries of heavy, aggressive music. As Tompkins proudly explains, “It's very interesting from our perspective, because you can see different pockets of people reacting to different albums. Every Tesseract album sounds different from the next, and I think each album has its own fanbase. So you get young couples at the front waiting for Altered State, you get the moshers going crazy for the One material and the heavier Sonder stuff, and you get people who’re there for the audible pleasure, standing around the mixing desk and just appreciating the show from a sonic perspective.“

“There's also a much wider demographic of people turning up to our shows now. So you've got the young and old, and we're drawing more ladies to shows now. We often get guys saying that they brought their girlfriend and their mum, or their grandma – and that's really cool! If we can appeal to as many people as possible, that's definitely a good thing.”

In 2019, plenty of new fans will get to experience Tesseract in the flesh – no matter where they are in the world. “We're traveling to India in January, and the States with BTBAM in February,” says Tompkins. “Then we've got a few festivals cropping up throughout the summer, and we're playing with Dream Theater in Sweden in June – but after August, I think we'd like to sit down and start writing for the next record.”

“We've got such a big backlog of ideas, and I think we just need to go away and develop the existing ideas we have. There's a lot of material that didn't make it onto every album. We've got old ideas from One, Altered State, Polaris, and Sonder that didn't make it onto the records – so there's a lot to choose from! It's just about making it work. I think a lot of the hard work's already done – it's just a case of making it cohesive.”

Whether you’re a teenage metal fan or elderly headbanger, this is the right time to get into Tesseract. If you’ve been following them for a long time, consider your bragging rights earned in full. If you’re a new supporter, you have a lot to catch up on – and no matter which category you fall within, be sure to spread the word. Tesseract are about to become household names. 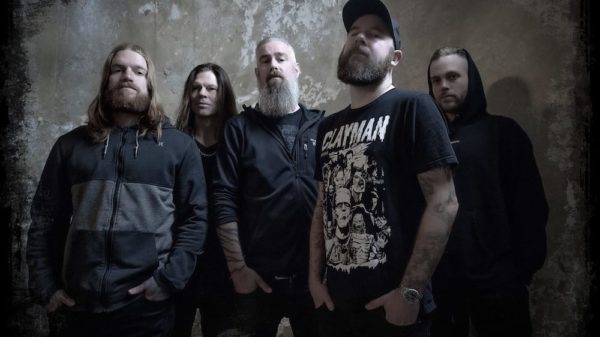