SERJ TANKIAN Reflects On The Traumatic Time Surrounding SYSTEM OF A DOWN's <em>Toxicity</em>: "It Was Really, Really Dicey" 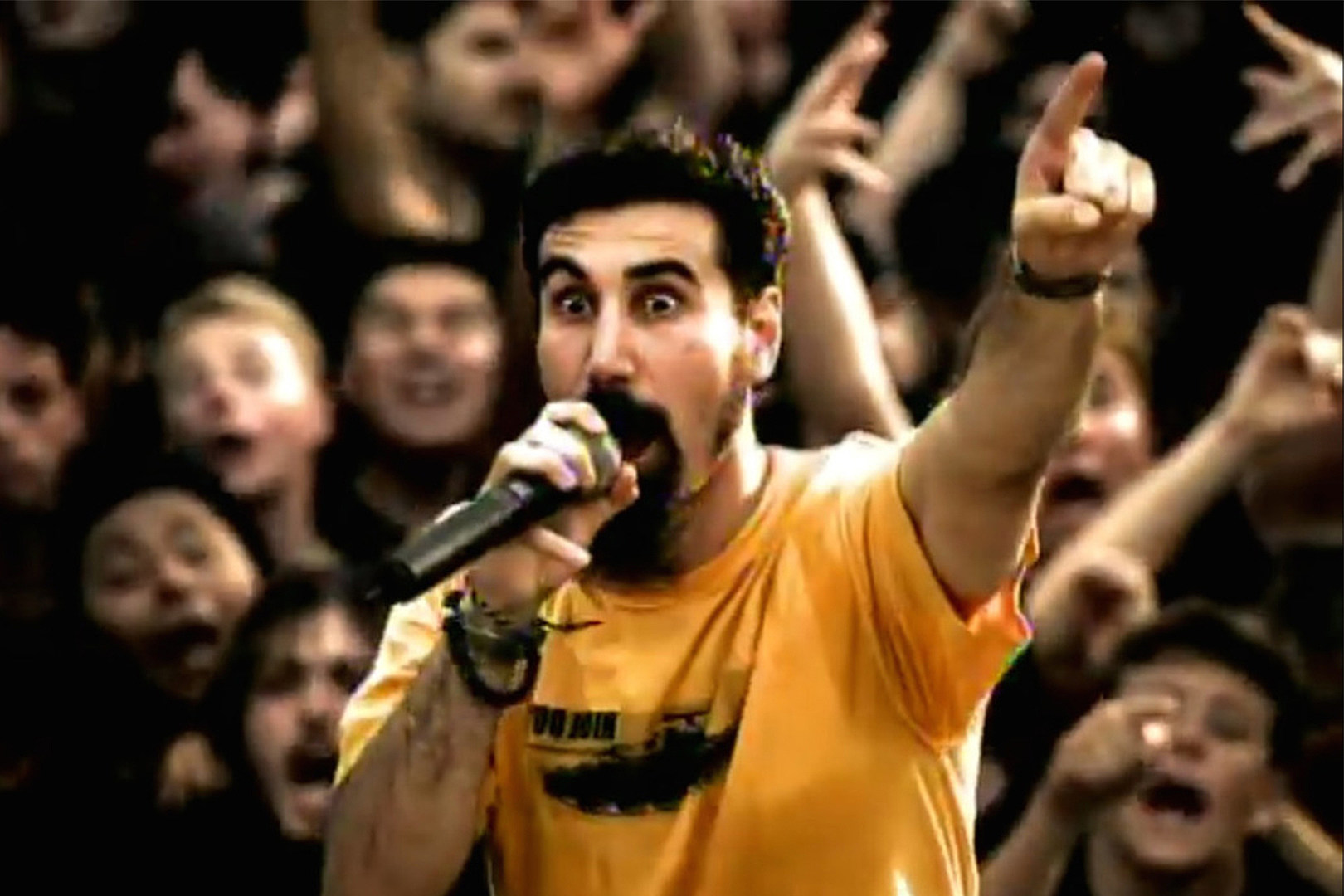 Few metal acts shaped the 90s and 2000s quite like System Of A Down. With over a billion plays on YouTube and platinum selling albums worldwide, the group are at the top of an era of music that both allures and polarizes fans.

In our recent interview with founding frontman Serj Tankian, reflecting on the turbulent period of the release of the bands' landmark album Toxicity and 2002 followup Steal This Album!, Tankian expressed mixed feelings of an era for the band that could be best described as wild.

"They're actually different feelings for Steal This Album! and for Toxicity, even though they were, you know, technically written at the same time and then split apart. We released Steal This Album! after, because when Toxicity came out it was the week of September 11, 2001," Tankian recalled in a recent sitdown with Metal Injection.

"And I had written a piece called 'Understanding Oil,' which questioned U.S. adventurism in terms of its foreign policy in the Middle East and the reactions that were prevailing in a very kind of sobering and, you know, innocent way trying to understand what had actually occurred and why something like this could have happened to us."

Tankian explained that, in the immediate aftermath of September 11th, being labelled a politically minded artist carried with it certain pressures. Throw in a full scale riot during the Toxicity release in L.A., and the frontman has mixed feelings surrounding what is generally regarded as System Of A Down's opus.

"Just being on tour the week after 9/11 for months at a time by itself, even if you weren't a political band, would be challenging because there's these daily kind of threats right, that were on TV and the orange, the red threats, all those different calibers of terrorism threats and stuff. And yet we were also being threatened by many elements because of our outspokenness. So it was a very, very difficult time.

"And the release of Toxicity itself was a riot in L.A. We unintentionally ended up having a riot in Hollywood because of our release event that, basically, we had too many people. And the fire marshal closed it down and people reacted and fights ensued. We lost our equipment, our crew was punched, and then L.A. riots occurred and we had to explain what was going on to the media, and it was a fucking mess.

“So when I think of Toxicity, everyone thinks, oh, it's your kind of best record or your best selling record, whatever you want to call it. And they're like, ‘How was it? How did it feel?’ Like they expect some really positive kind of memory or response. It was fucking stressful as fuck. That's what I remember. I didn't feel like a musician. I didn't feel like I was doing music. It was fucking stressful as fuck. It was really, really dicey. That's what I remember, that's the emotion that prevails."

And while trauma from the period still lingers in the mind of the heavy metal polymath, the albums, and all that surrounded them, still paved the way for who he and his bandmates are today.

Stay tuned for our final excerpt from our interview with Serj Tankian, reflecting on his solo career, from Elect the Dead to Perplex Cities