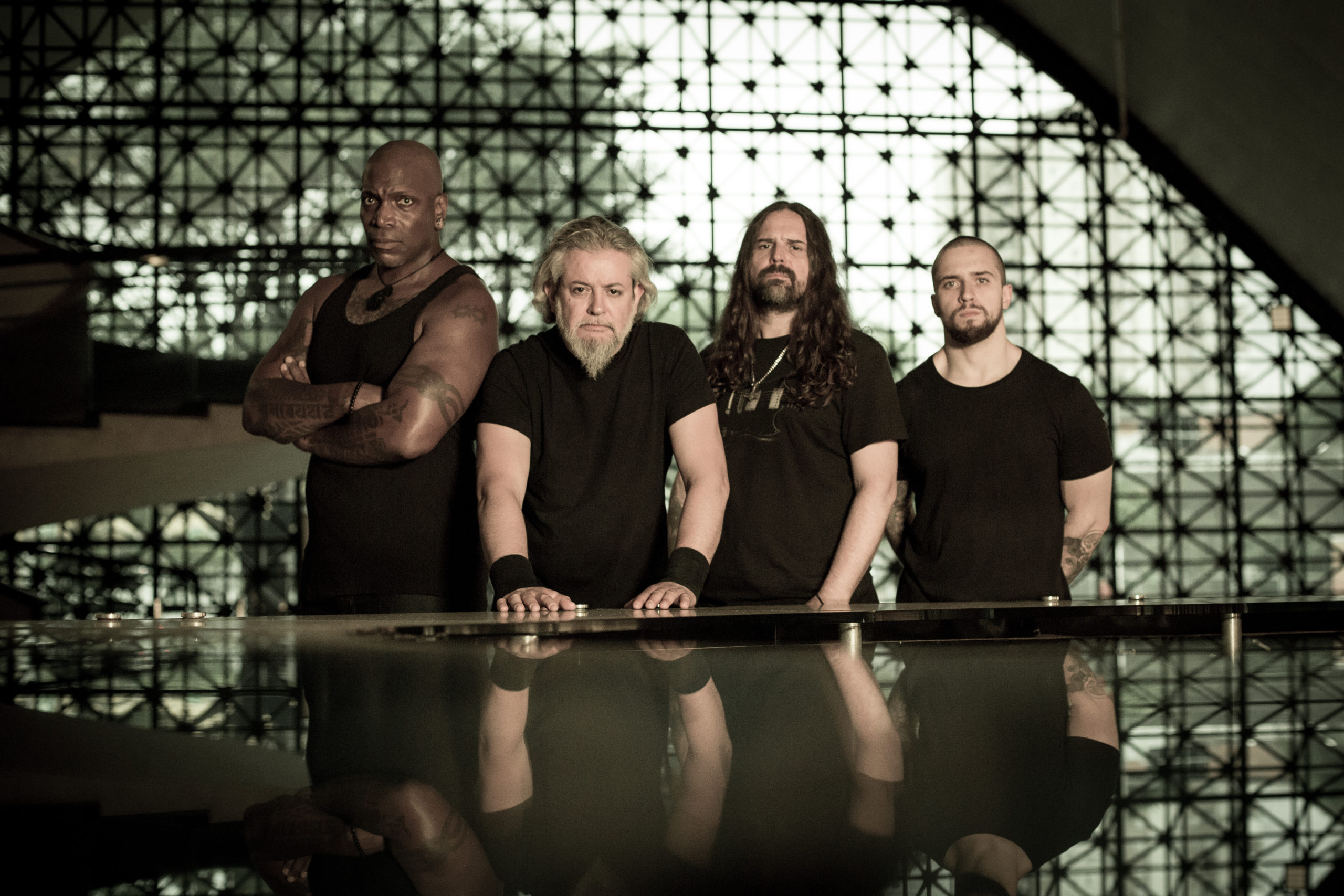 They are one of the defining bands of thrash and groove metal. For 35 years and counting Sepultura have been delivering the goods, with can't miss live shows and a strong worldwide following despite very public lineup changes and adversity conquered along the way.

Ahead of the February 7th release of Quadra, arguably the most complete Sepultura album of the Derrick Green era, Green caught up with Metal Injection to talk their career-encompassing album, overcoming hardships to find success, honouring near-three decades of Arise and more!

That level of comfort was tremendous. It helps touring and doing studio work, and actually being able to communicate with each other is extremely important with any band. We're at such a high level now and individually we feel very secure in what we're doing in the studio. So this helps a lot. We also went back to the same producer Jens Bogren, who's a Swedish producer, and back to the studios that we recorded Machine Messiah, which added to the comfort level because we knew what we were getting into. We felt that we had more work to do at the end because he was such a great person to work with the first time. And I'm sure this added to the level of comfort in the writing process for this album. Knowing that we wanted to have a lot of time to write this new album, we set out early on in the year and we avoided playing a lot of festivals and shows in order to focus on the writing process. 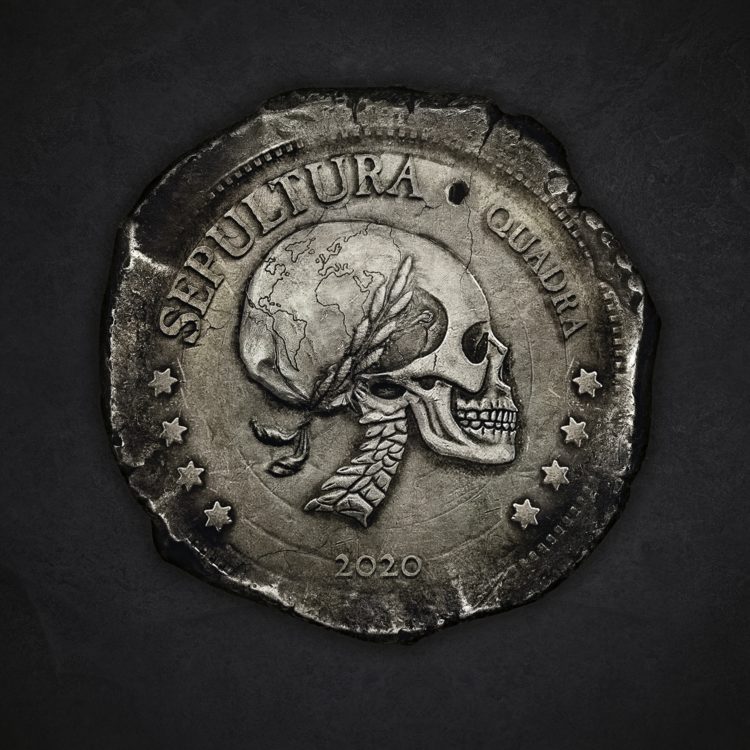 On Re-Teaming with Jens Bogren
Advertisement. Scroll to continue reading.

I think we all felt that that he was a little more relaxed on this album. I mean, he was very anxious and excited on Machine Messiah because he really wanted to have a good impression, of course, on us and also for his work. But I felt on this he definitely felt looser in a way and we were able to really go in a very natural way with this album, I think, even more than Machine Messiah and just let go and really do a lot of really, really incredible work. But it was fantastic our second time around. It was a lot of laughs again. It's great with Jens because he has such a very strong work ethic, which really helps. That discipline really transfers to us as well. We need that focus and we're able to do that and concentrate while we're there in Sweden.

On the Separate Layers of Quadra

It's exactly what we talked about at the very beginning before one note was written. It was the the idea of: let's think of this as two albums if you were to get these at home. You'd have side A, side B, C and D. And we wanted to incorporate those elements of Sepultura, those 30 some years, in each of those sides. Different elements of the band over the 30 years, but also be creative and do something new. So this is really challenging. To say this out in our heads without having anything written, it sounded almost like an impossible task, but it actually became very natural to us. Once we started writing and things started flowing everything kind of fell into place.

On Debuting 'Isolation' at Rock in Rio

I mean, we've always felt the support of Brazil with everything that we do and it's such a wonderful festival. It's such a significant festival. The most important festival in Brazil, and it has such a history. And we've always been a part of that history of Rock in Rio from the second one they ever had until the latest. It's such a wonderful feeling to be able to present it there and have it go over so well. Our feedback has been extremely positive. If I was thinking about it so much then I would probably be terrified. But I just kept thinking, let's do this. Let's stay focused. We've never played the song live before. It's always difficult to play new songs live. But it ended up being such a great decision and exhilarating to play in front of so many people and share the stage with so many legends. So I'm glad that we made that decision to do that.

I felt that these things were something that had an impact on me personally and also family and people around me. I was trying to think of things that people could really relate to. So for me I had a lot of time to really work on lyrics and the ideas and topics I want to write about, but I think they are significant for a lot of people. Like addiction, depression, immigration, the prison system, justice system, manipulation through media and through the Internet for political manipulations, and enslavement through money. The Amazon being completely burnt and people being murdered and the native people being murdered to be pushed out of the way. I thought they're extremely important topics that people really have a hard time chasing and tackling, but need to be conversed more about everywhere and also understanding that we're all connected to these problems. It's something that we can't walk away from. And so I just felt it was necessary to write about them. 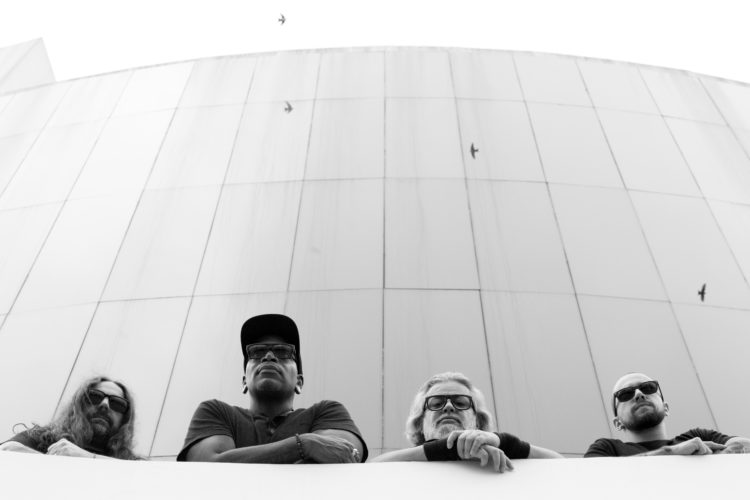 On Overcoming Adversity to Find Success

I think those elements of the journey really brought us to where we're at right now. They're so important. And I learned so much from the experience. I think we all did in a way that we never imagined. You didn't know what was going to happen next, but having that fearlessness is extremely important. Not being dictated in your life by fear, but just really grasping it, embracing it and moving forward. And we really learned a lot from the challenges and the ups and downs that we've had. It's really positioned the band in such a great way right now then we've been in such a long time. And I'm really proud of that. It was something I never imagined, or can never guess. And that's what makes it so wonderful. How very honest everything has been, the hard work that we put in. I think even the negative stuff helped a lot to really build something so positive that we have right now. It's very essential.

On Nearing 30th Anniversary of Arise

Before I knew the guys and before I was in the band, that was definitely the album for me. That really got me into the band. That really got me into the music of Sepultura. I think it has a tremendous impact for Andreas and Paulo as well since they were writing that album. Even playing those songs now it has such a wonderful feeling because it has such an impact for so many people. It's definitely great to do special shows and showing the honor that it deserves. The possibility is definitely there to do something very special for that. But we'll definitely be focusing on what's happening now and with Quadra just because it's our reality of what we worked on and what we've done and what we need to do. But there's definitely room for that. We've done it before where we played Arise from beginning to the end, the full album in Brazil. I don't see why not, I don't see why it couldn't happen somewhere else. That possibility is very open.

I feel so proud about everything that we've done. And I'm especially proud about this because it is a lot of those elements that has really kept the band going. It was so much fun to be able to showcase that on this album. I think it really proved to a lot of people that our ideas and our creativity and the things that really drew me to Sepultura still exist to this day. This is something I really look forward to people checking out and having an open mind to really listen to the album and really see what we've done.