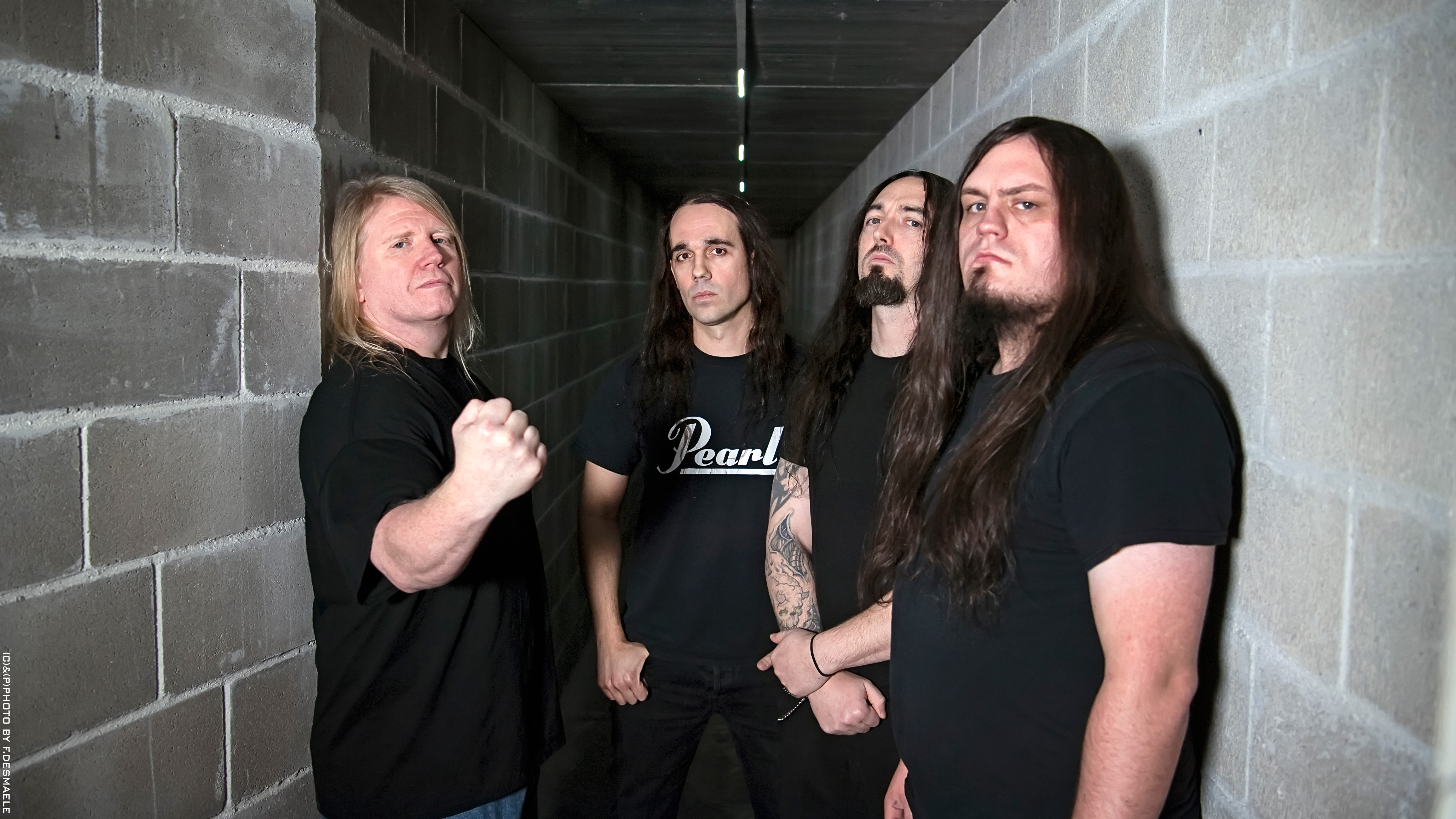 Longtime frontman and guitarist Sanders spoke with Metal Injection on the in-sync band unity surrounding Vile Nilotic Rites, the inherent violence of mankind and how that relates to metal, his longtime fascination with Egyptian history and sci-fi, the pressures of staying heavy in death metal and head-banging like there's no tomorrow!

You know, I usually would be a mess right now. But strangely there is a very unique sense of calm and confidence this time where George and I, we really know beyond a shadow of a doubt that we've put together a pretty solid record. So, you know, I'm not tearing my hair out. I actually went to the doctor for something unrelated the other day, and my blood pressure is down to like 118. A year ago when we started making the record, it was up to 140, 160. So I think that speaks volumes about the level of confidence and how good we feel about this record. 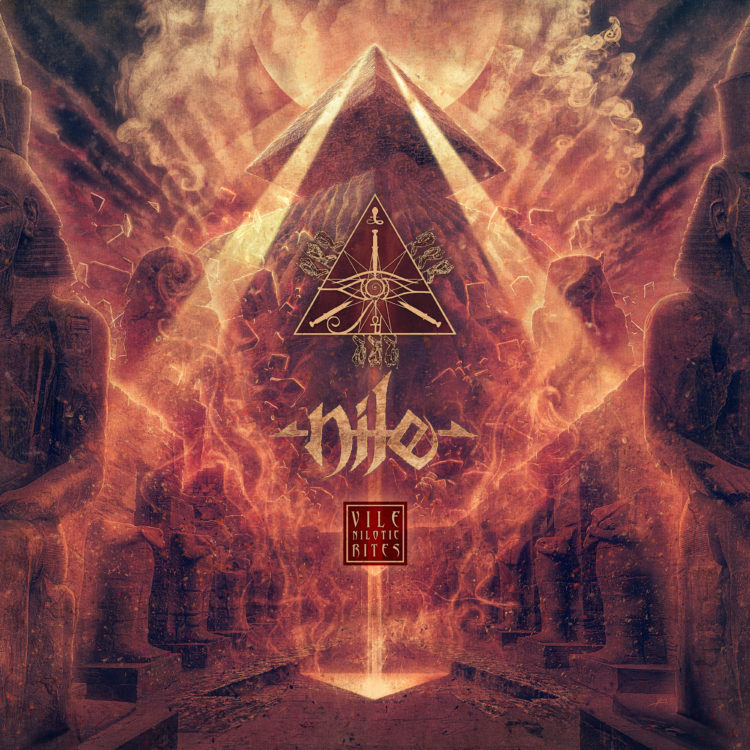 Getting everybody actually working together and not working against each other enables you to focus on the music instead of the other areas of concern and the stresses of inter-bands struggles and whatnot. All that shit really gets in the way, I think, of actually putting together the best record you can. Having guys working as a single team with a single goal that's really I think what it takes to reach whatever your potential is. You've got to have people working together. If not, man, it's so much tougher.

It was so fine tuned and honed and whittled down. All the fat had been trimmed off. And actually, with all the preproduction recordings going back and forth, we'd actually recorded these songs seven, eight, nine times already before. So we fuckin' knew what we were doing this time around. There was nothing left to chance. Everything was given its proper attention.

On the Theme of Impending Doom on Vile Nilotic Rites
Advertisement. Scroll to continue reading.

You know, every zombie apocalypse movie that I see just further cements this idea that we all kind of know instinctually that we are headed for self-destruction one way or another. Dude, Prince said it really well, everybody's got a bomb. We could all die any day. Yeah. But Prince's message was OK, let's party like it's 1999. My message is more like we can all die any day. So let's bang our heads!

On Early Fascination With History & Sci-Fi

I have to give credit to my father, who not only was a fan of big epic flicks like The Ten Commandments, Sodom and Gomorrah, Ben-Hur and all this stuff. Of course, I watched all that stuff with him as a young, impressionable kid, but he was also a sci-fi fan. So he had this library of science fiction books that was just exhaustive. It's his books that really sprang an interest in history but science fiction as well and where the two crossed paths.

On the Inherent Violence of Man & How That Relates to Metal
Advertisement. Scroll to continue reading.

You know, I think one of the greatest joys in life is when you're beating someone into a literal pulp and you just feel this joy, this joy of violence that comes from nowhere else that you know. And you wonder why is that guy laughing while he's beating the shit out of that other guy? Well, that's why. For some reason, human beings are some kind of animal that derives joy from violence. I don't know why that is. And it's kind of scary and disgusting at the same time, but it's real. I do martial arts in my spare time. Like I got spare time, but I make time for it. And that's some of the purest joy that there is. Get in there and mix it up. And you're doing something extremely violent yet there's a purity and a joy in it.

There's such a great release of daily stress when you're listening to metal or playing it. When you meet the Cannibal Corpse guys, we're all friends by now, they are such calm chill dudes. And you think to yourself, what the fuck? I expect these guys to be like raving lunatics, but they're some of the calmest, chillest guys you'll ever meet because they're getting all that out of their systems. 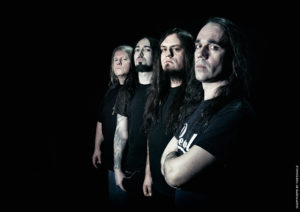 On Misconceptions About Metal in the Mainstream

If (heavy metal music) were so terrible for us then it would be outlawed. But it's not. Same thing with violent video games. If they were actually bad for us would we be allowed to have them? No, we wouldn't. But the guys who play first person shooters are getting their fucking anger out by machine gunning down all their online buddies, they're not out robbing the store. They're not out going road rage crazy, right? You know, they're at home, safe, getting that anger out in a non-consequential way. Violence has its place in a healthy way because the truth is we are violent animals by nature.

Our modern life strips away many of our releases that we would have had. If you go back 20 or 30 thousand years in the evolution of man where you did have to use that violence on a daily basis, because there were saber-tooth tigers trying to eat us and we had to hunt or gather our food. There was a whole lot of violence. That was what it meant to be a man. You had to protect your family, provide for your family and those were inherently violent. Those things were stripped away from us in today's life that we live. But we're still those same creatures. If you don't find an outlet for it, it's gonna come out. It's just who we are.

On The Pressure of Staying Heavy in Death Metal

I think of it more in terms of if you forget why you're there then you should be doomed to failure. I think audiences are right in this respect. Should a metal band change itself into something other than a metal band? You know, I don't know. I don't think so. I definitely disagree with the Opeth guys that they they are kind of disowning their death metal roots. Now, by the same token, I think what Opeth does is wonderful. It's great music, but I have no intention of ever disowning death metal. Nile albums aren't going to go lighter. They're going to go heavier of their natural own accord and natural evolution.

On Twenty-Five Years of Nile