ICE T Talks BODY COUNT Fans, What The Grammys Are Really Like, The Current State Of Racism & More 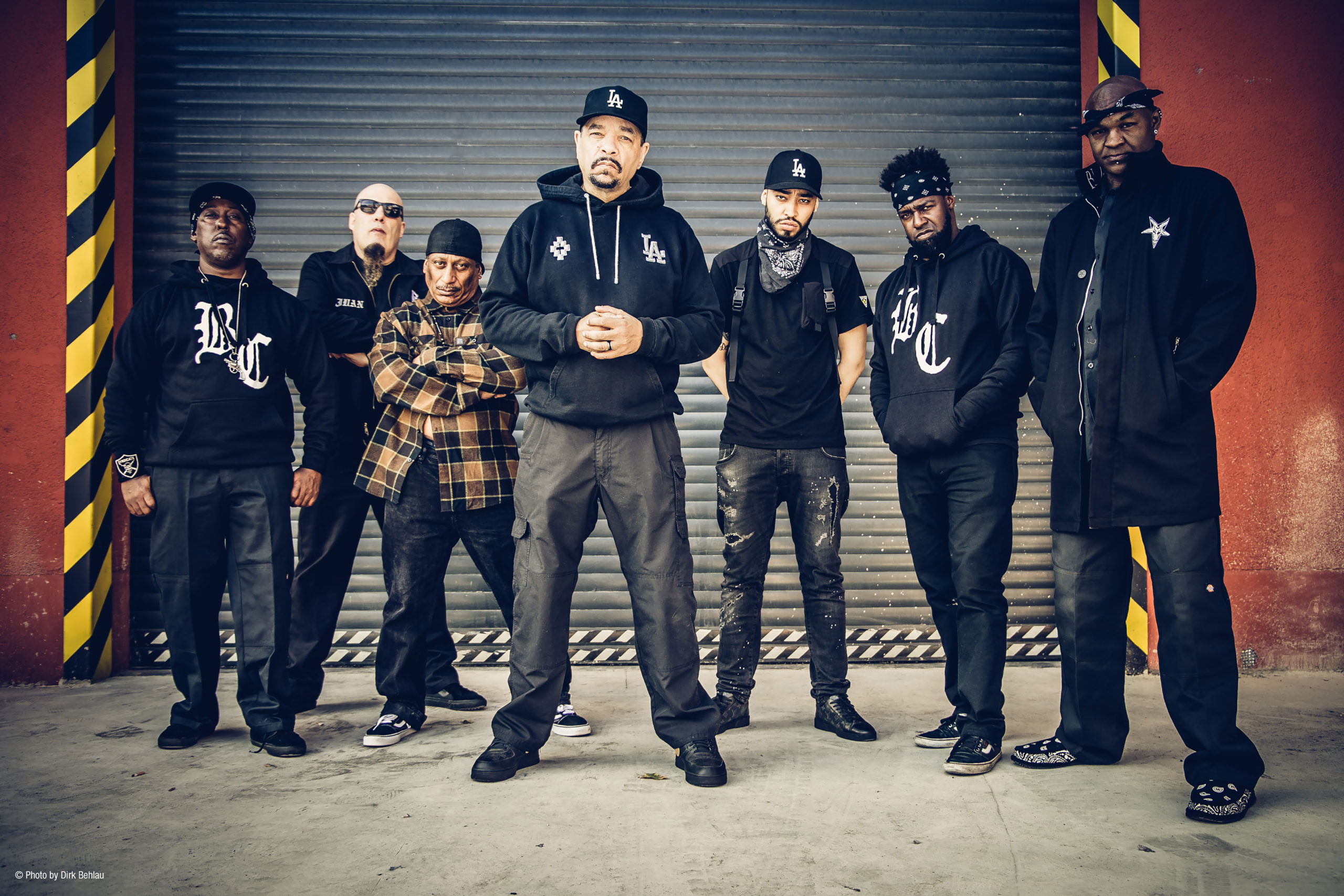 Body Count, lead by the inimitable actor/rapper Ice-T, has been an important voice in the metal community since the 90's by speaking out on the hard topics most shy away from. Now with their second Grammy nomination for their 2020 release, Carnivore, I took an opportunity to chat with the esteemed frontman to discuss the current state of this country, the band's fans, and things we don't know about the Grammys.

Frank: You quoted the release of your latest album saying “Human beings are the most savage things walking this earth” and I couldn’t agree more. In a time filled with so much anger, anxiety, depression triggered by human interactions, how do you personally go about writing your lyrics and deciding what to focus on in each track?

Ice-T: When I’m not writing albums I write down ideas. Different things will trigger me saying, “that’s a song”. I might get cut off in traffic from road rage and I’m like, “this is a fucking song”, or watching the news, watching Trump refuse to get out of the White House…”this is a song”. That’s how I start with the songwriting process. Different things that happen to me or happen to my friends or I see in the media make me think about songs. The song “Point The Finger” was triggered off police brutality and how they always end up victim blaming. That’s a song. That’s how I go about my picks for songs. When we do an album, we’ll really do 20 songs and pick 10-12 songs that actually make it.

Frank: Is it more view of the world looking out, or are they based on personal interactions?

Ice-T: It’s both. It’s a view of the world looking out. It’s things that happened to me and things that happened to people close to me that affect me. With rap I always said I wrote “faction”. I would write factual occurrences put into a fictional story. “Black Hoodie” is a factual occurrence but it’s a fictional story that I wrote so when you hear it it sounds real but it’s not. It’s based on reality. It’s so heavy that it rings real.

Frank: Your latest album, Carnivore, continues the Body Count method of protest music, important stark messages, artist collabs and cover songs. How did you go about deciding on these particular tracks and artists to work with for this album?

Ice-T: As far as the songs we cover, ever since we came back with the Manslaughter album, that was our return with the band as it stands, we decided to cover all the bands we were influenced by. So, we covered Suicidal, we covered Slayer. Just recently, we covered Motorhead. There’s still a few bands left that inspired us. Of course Black Sabbath. So I think we’ll do a Sabbath cover on the next record. Maybe a Black Flag cover. All of us were inspired by different bands. They are like tribute covers. That’s how we pick them. We don’t pick the songs but we pick the band that we are going to cover. It’s become a tradition over the last three albums that people look forward to. “Who are you going to cover this year?”

As far as the topic goes and who we are going to collab with, they are usually people we come in contact with during the year. We came in contact with Power Trip and Riley out on tour. The other albums, I performed with Max when he was in Sepultura and we became friends. Jamey Jasta has always been a friend of mine. We worked with Randy from Lamb of God. These are just friends. We try to pick people we are friends with and that we have a personal relationship with. We don’t go out and say these are the hottest new groups let’s try to collab. Amy ended up on the song because somehow Vince knew her somewhere. He said I have a girl singing on this record and I listen and I’m like “that’s the Evanescence chick. How the fuck did you meet her?” So, these are personal people we have come in contact with and acts we collab with. 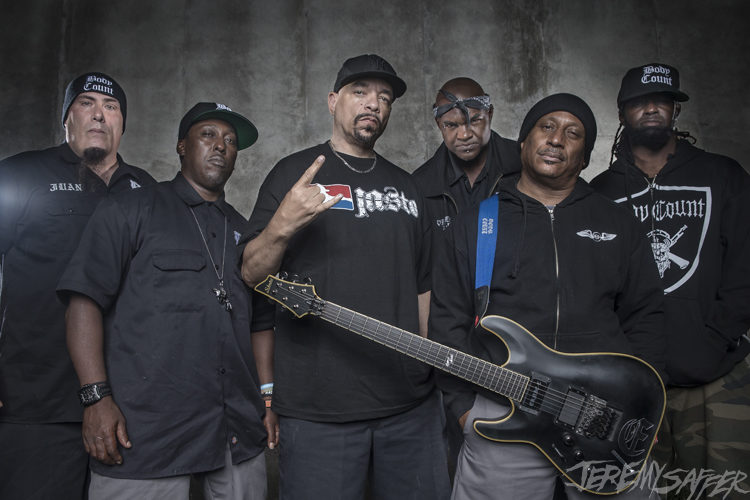 Frank: Congratulations on your second Grammy nomination! Most artists go a lifetime without a nomination, but now at a second time do you feel any different going into it?

Ice-T: Well of course you want to win. Everyone in rock ‘n’ roll and rap are like, “fuck the Grammys. We don’t care about the Grammys,” until you’re nominated. Then, you’re like “oh shit. I want to win.” Last time we got knocked off by Mastadon. We got to perform. We thought we were going to win but we didn’t. This year we want to win but it’s kinda sour because we are going up against Power Trip and Riley, who passed away, and of course we want him to get. So, if we don’t get it this time, maybe the third one will be the charm.

Frank: What is it like to be part of the Grammys? Is there anything you can tell us that most people wouldn’t know?

Ice-T: It’s a very organized situation. It’s hard to get people into the Grammys. The band used to be able to move 20 people around but because there are so many bands with so much entourage they can’t let the band come in like they normally do, so they cut the group down to a skeleton crew. You’ve got to do it and get out. There are so many people performing that every performer normally has an entourage. Imagine 100 different groups trying to get everyone into parties and backstage. It’s a mess. They’ve got very high security. Other than that, when you are at the Grammys, you’re not watching the show. You’re getting moved around backstage. It’s pretty weird but you’re excited to be there.

Frank: This year has been full of contention surrounding racism, and as far as I’m concerned Body Count has always been THE most relevant band of the subject for the last 3 decades. As an artist and well respected iconic member of the black community what’s your take on what we’ve seen this year and the future of racism in this country?

Ice T: Racism is part of America’s fabric. You start with the Native Americans, Blacks and go on. Racism is part of the world but a lot of damage is done here in the United States. I think KRS-One said it best, “you’ll never have justice on stolen land.” After what I’ve seen this year, though, it gives me a lot of hope because a lot of it was brought to the forefront. When I saw the diversity in the Black Lives Matter marches, as much as people tried to demonize and say they were a terrorist group and all that bullshit, it gave me hope. I saw white people, black people, every race walking side by side. It gives me hope that that kind of saying will be identified and not allowed. They are pulling the sheets off so to speak and this year you are seeing where people stand. You have to be able to identify the races if you are going to fight it. I have a lot of hope not necessarily for the millennials but for Gen Z. I think the youngsters are going to be activists and they are going to fight to make the change that’s needed in the next hundred years.

Frank: I’ve seen Body Count live well over 10 times and always love to look around and notice you bring everyone together. White, black, brown, short, tall, metal head, hip hop fan… would you say there is such thing as “the average body count fan”?

Ice-T: It’s complicated. You can’t pick the average Body Count fan. You can’t pick the average Ice T fan. You can’t pick the average hip-hop fan. Hip-hop has grey hair now. In the same sense, the oldest cat standing in the corner could’ve been a guy you would see in the mosh pits back in the day. So, I don’t know. There are black metal fans and kids who walk up to me that look like hip-hop fans but like Body Count. What I do know is if you are a Body Count fan you’ve got your head screwed on straight. My fans ain’t about racism, ain’t with the bullshit, ain’t with all this dumb political shit that’s going on right now. My fans, as violent as they might be, I think they are good people. I think that they enjoy being together. I think I’ve formed a good group of people that say, “I listen to Body Count. I like it.” I’m proud of my fan base.

Frank: That said, do you ever feel a tremendous weight to be able to reach so many different types of people every time you pick up the mic?

Ice T: I think it’s cool. I worked long and hard and have been on brand for so long. If people like me, they like me. If you hate me, you hate me. I’m a polarizing individual. My first rap album was called Rhyme Pays and my second one was called Power. I called it Power because that’s when I realized how many people I was reaching. I was like, “wow. I’m just rapping from here but I’m reaching people all over the world.” By now I’m aware of it. I don’t feel any weight. I just feel like I have people who are going to pay attention to what I’m saying so let’s not bullshit. Let’s be as honest and as real as you can. Ice’s people are really feeling it and looking to you for some answers. I try to give them answers as I see it. It may not even be the right answers. It’s just how I see it and my perspective.