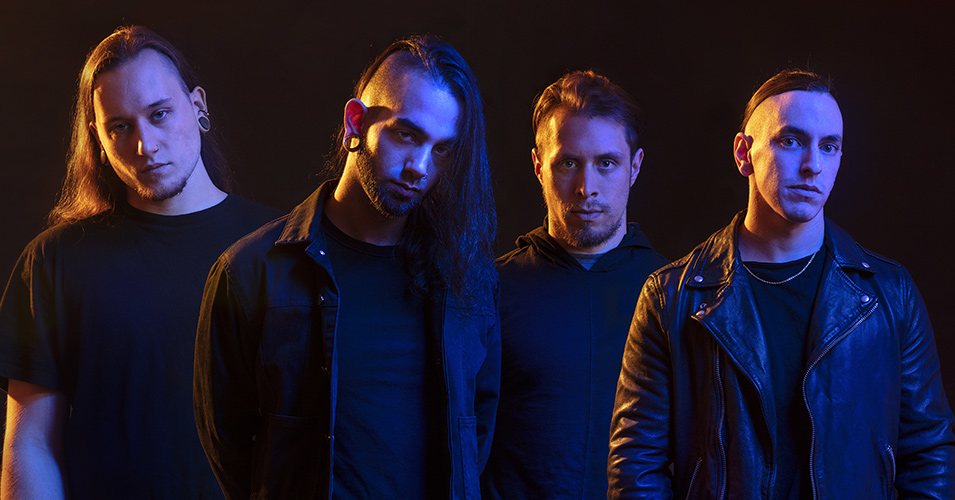 California based prog extreme tech death metal wizards Fallujah are ready to fuck shit up again, burning the playbook on their latest studio album Undying Light, which you can grab on March 15th.

Before the band hits the road on one of the more vicious tour packages of the year, founding member and guitarist Scott Carstairs got inspired on all things death metal with us here at Metal Injection.

We threw down the gauntlet and he answered, laying down his definitive list of his favorite death metal albums ever!! 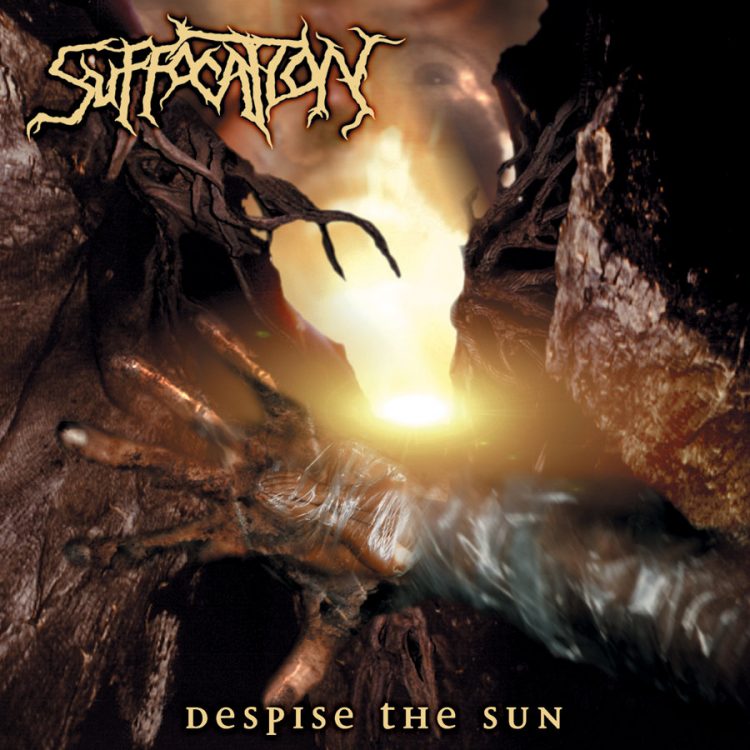 When a band is going through their career and they're in it, you don’t really know what album is really going to be the magical one until maybe they’re way down in their career. It’s something about those songs man. I didn’t really understand Suffocation until I toured with them. I knew they were sick, but once you see them live you know. Oh my god, these guys are one of the heaviest bands ever. It was always the songs off of Despise The Sun where I was like, that’s the song, THAT’S THAT BANGER DUDE! It’s just every time. When I go back and listen to it, I get it. This shit has energy. It’s aggressive and obviously it’s in competition with Dying Fetus and all these guys where they’re all influencing each other. It’s intense but heavy and with catchy riffs. 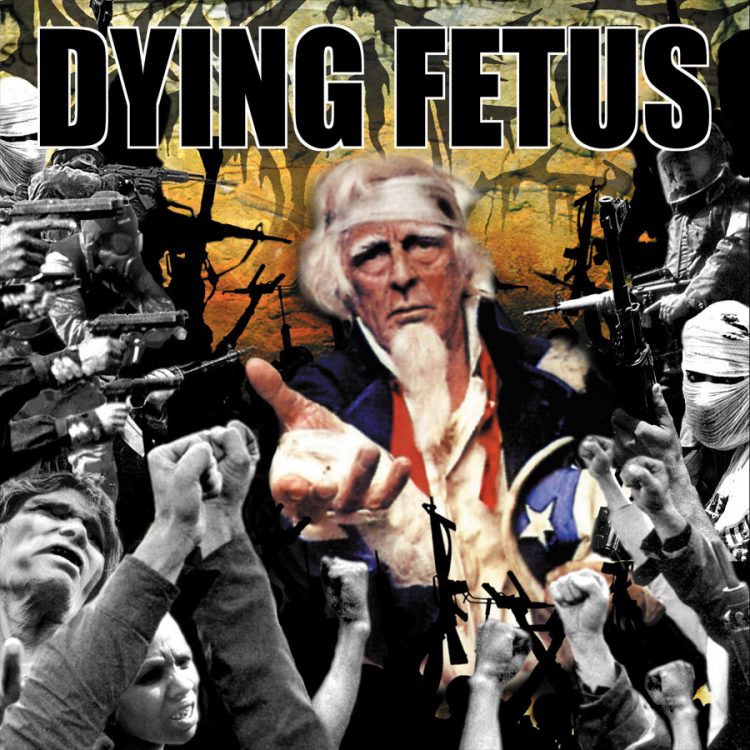 I mean, you do that riff off of "Opium of the Masses". That makes the whole album right there. When I’m setting up my guitar and the sound guy tells me to play guitar, dude… I’ll hit that riff (mumbles the riff enthusiastically). It’s just awesome. They mix this kind of hip hop slam with death metal. That’s sick. 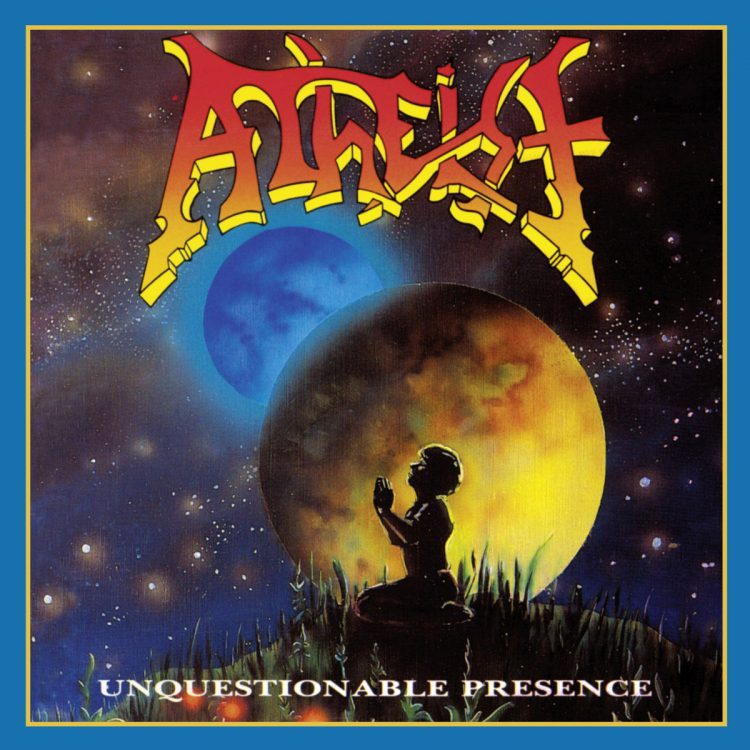 It hit something. Obviously that influenced Cynic. I’m a huge fan of Cynic's Focus. I heard about Cynic and went back and listened to Focus and it’s like oh shit man, that’s trippy! When you hear a band like that you think dude, they’re alien. Where do they come from? And then you find a band like (Atheist). Dude, this is some raw stuff. I remember listening to the song "Unquestionable Presence". It’s just a vibe that’s so cool. Their use of swells and stuff and all these different parts. I don’t know, it just has so much character. I found that band and I listened to that album so many times. Those guys were trying to be prog and it was just sick. That’s a sick album right there.

At The Gates – Slaughter of the Soul 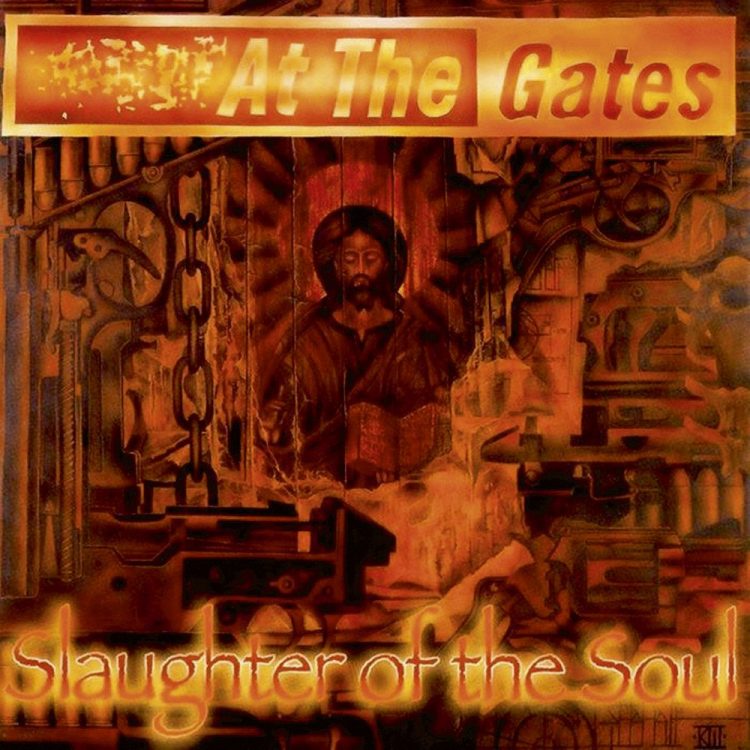 I just feel like you’ve got to mention that one. The influence it had on everybody. What would Black Dahlia Murder be without At The Gates? What would metalcore or deathcore or any of that stuff be? Not just the fact that it’s so influential, but you put it on and it rips dude. You put it on and it’s still heavy. I went back and was listening to all these albums. You go from these crazy heavy riffs that are catchy, doing the peddling which most people would think is their influence, but the vocal patterns on that, they give so much breathing room. It gives so much breathing room to the riffs, because the riffs are so complex and you have to pull back the vocals. There’s an emotion to his vocals that I’ve always loved more than the brutal death metal screams … That’s where we went in this album. Instead of having death metal monotones we wanted a guy that sounded like he was being tortured, he was in pain or aggressive with real anger. I don’t want to rip on death metal, but do you really get pissed off and go like brahhhaaaaa! A real emotional scream. That was our idea with this new sound. To me it’s the vocals on that album. But also if you listen to it there’s a bunch of clean, pretty sections all throughout the album that I don’t think most people realize when they think about that stuff. 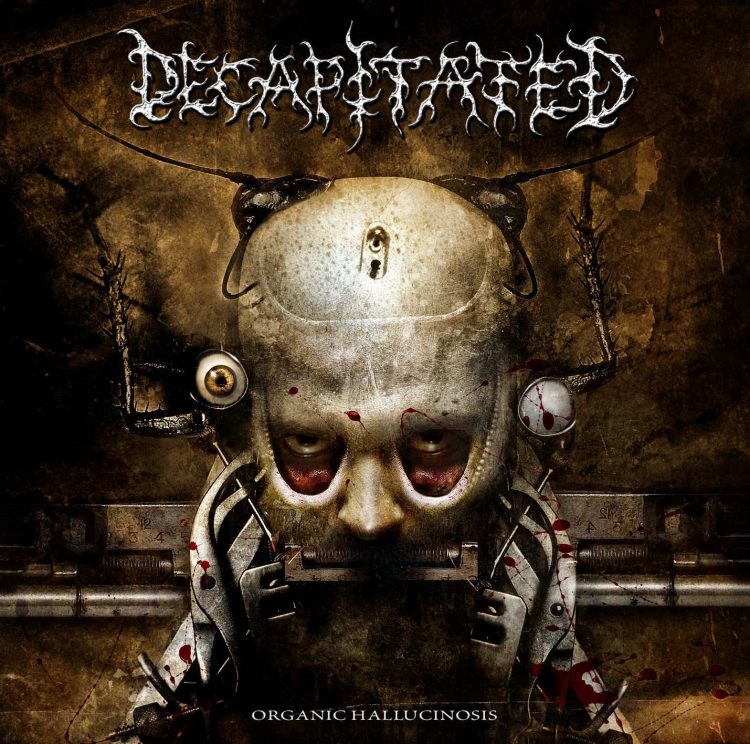 I know they have Winds of Creation and Nihility. I could have picked so many albums but Organic was the one that I got to listen to first and the one that made me understand the band. The drums and the creativeness and uniqueness. Vogg has some pretty heavy Pantera influences. But that guy is such a badass. I definitely look up to that guy. We got to do that tour with Thy Art As Murder and Decapitated …. I was having the time of my life watching that guy every night. What a badass. Holy shit man. He’s paying homage to Dimebag, a lot, but he’s Vogg. He is Vogg. His riffs, everything about him. He’s so raw dude. He’s this new type of metal where everything is measure by measure, recorded. Some people are slowing themselves down or speeding themselves back up. You know that dude just sits and works out the whole song and just goes in the studio and just rips it. That shit is sick. That was the first album that got me into them. 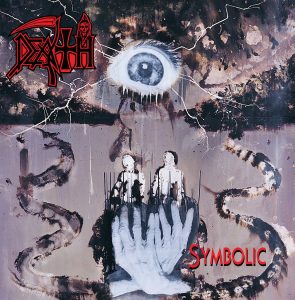 I could have picked a couple of albums from Death. But again, like Organic Hallucinosis, I understood Death when I heard that album. Like dude, this is the shit, this is just so cool. I heard Decrepit Birth, really, before Death. It’s funny with Decrepit Birth and all these feelings of mysticalness you get from that album. Like where did this come from? Just like Cynic. You go hear Death and you understand the way they affected everybody. It’s funny we call it death metal too. From the clean guitars to the harmonies to the weird vocal delays he puts on his vocals. Just being creative with metal. 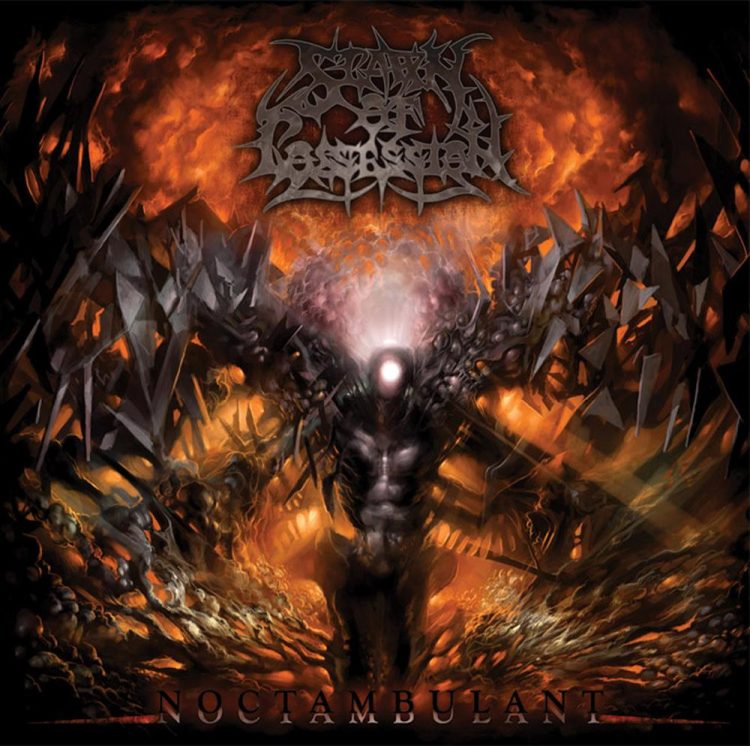 What is this dude? A neo-classical alien from hell? The respect this guy gets from everybody… 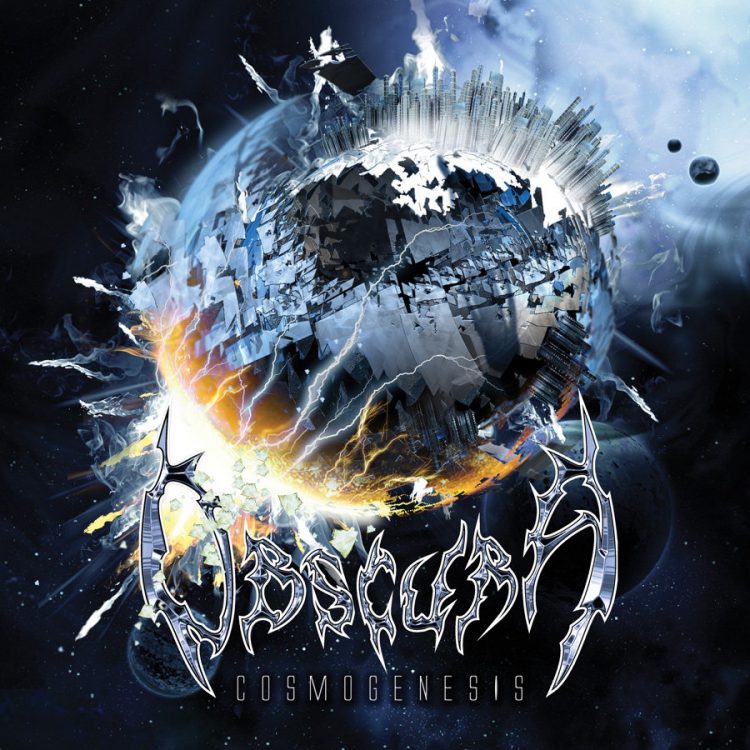 Which leads me to Cosmogenesis from Obscura. The reason this is really important to me is I was getting lessons from Christian Münzner as he was writing and recording it. During the lessons he recorded and released it. I was really immersed in it and really looked up to Christian. It’s just one of those albums that you listen to for a whole section of your life that is just imprinted on your brain nostalgically. I already like Noctambulant and Spawn of Possession, but sitting down with Christian and analyzing the music. It’s just pretty cool. Just the fact that it’s so alien. The guy is a weirdo.

Deeds of Flesh – Of What’s To Come 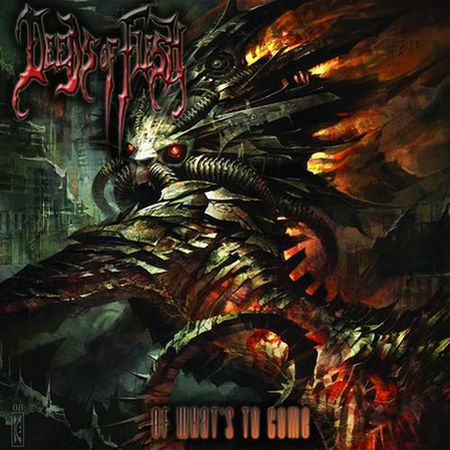 That was just sick. Eric (Lindmark) died a couple months ago so I had to go back and listen to all of the Deeds of Flesh albums. I was listening to Of What’s To Come and I was like dude, this is some real shit. It’s just as real as Epitaph was. Obviously Of What’s To Come, I don’t know if it impacted the scene. No one is talking about it the way they do Epitaph, but if you listen to it it really is some next level shit. It’s the peak of technical death metal for me. Everything else is kind of watered down, if that makes sense. Just the whole vision of having this alien spaceship coming to town and taking over and killing everybody. It literally sounds like that. The drums sound great and the guitar sounds super sick. I think at the time we were just getting on to Unique Leader Records and stuff. Dude, it’s so crazy, this guy has his own label and he writes and records and does the vocals. Just a huge fan. It’s one of those inspiring albums. 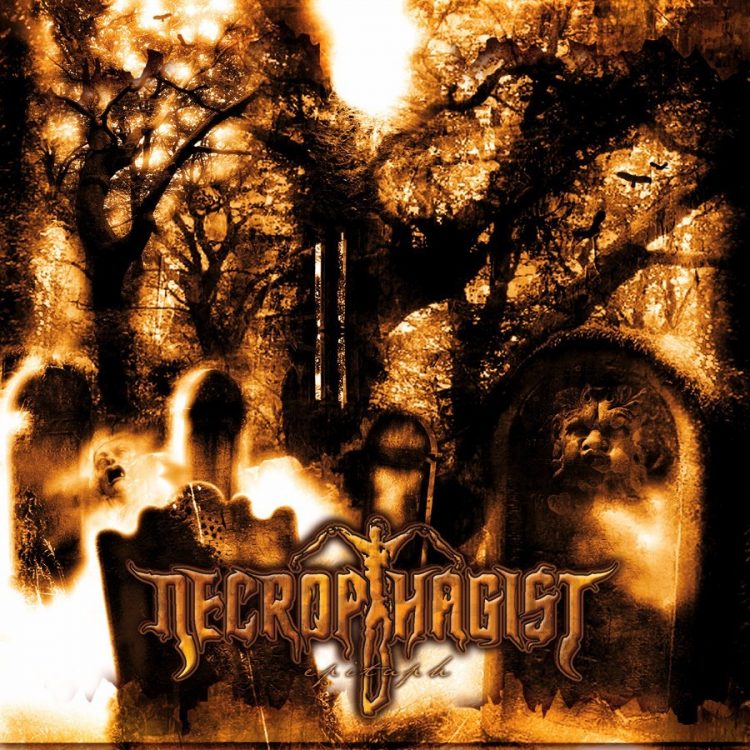 Last but not least is Epitaph. I think I heard that when I was 13 years old. It just blew my mind. From then on I was really into that music. There’s a video of me on YouTube, I think I’m 15 just playing songs off of Epitaph. That for me just changed the game. I think I was so young that I didn’t understand how much that changed music. You can talk a lot of shit on that album, but it changed everyones expectations on how guitar should sound. I think it really affected when I was recording, I would record and if it didn’t sound as good as that I was like what am I doing? I think it really messed people up honestly … I think it screwed up everyones standards of how guitar should sound and how mixes should sound. I think they spent like a whole year mixing it and it took like eight months just to record the guitars. I don’t know if that’s a good or a bad thing, but it set the bar so ridiculously high. I was so young that when I heard it it was like oh, this is what music is like? Ok. People were like what the fuck is this?!! I spent years finding tabs and trying to learn the solos and it has just always been apart of my life just looming there.

Fallujah's Undying Light is available worldwide on March 15th. The epic Chaos & Carnage tour kicks off on April 18th! Agree with Scott? Think he's battshit bonkers? Let us know your list in the comments below!