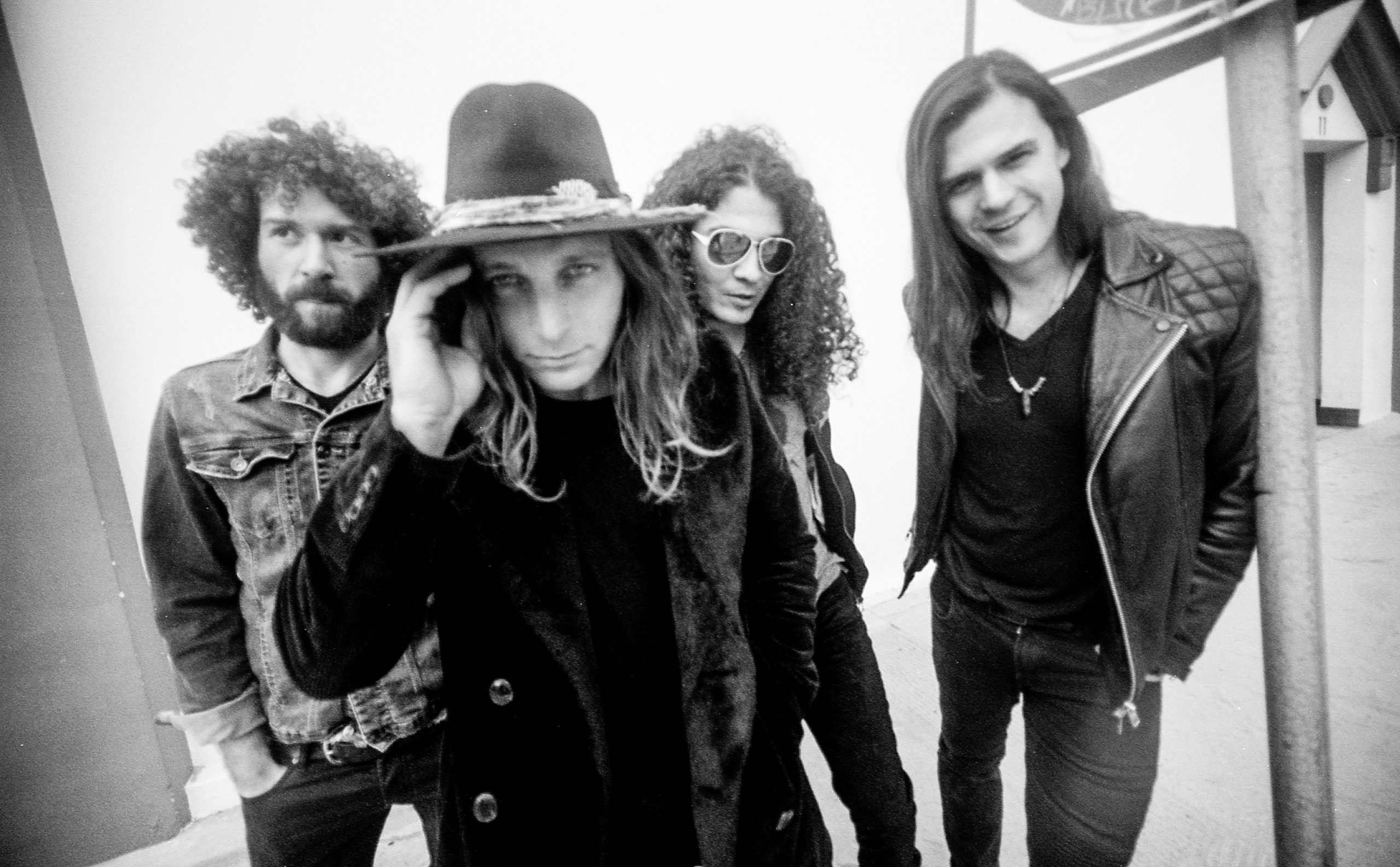 Breakthrough Artist is the type of thing that looks good on posters and media blitz emails. It sounds great on Grammy night, but rarely does it amount to much more than keyboard clicks and water cooler chatter. In the case of Californian rockers Dirty Honey, dudes of a by-gone era selling out gigs in 2020, the hype may be justified.

In case you missed the mammoth year Dirty Honey had in 2019, the four piece of Marc LaBelle, John Notto, Justin Smolian and Corey Coverstone released their debut self-titled EP, produced by Nick DiDia in Byron Bay, Australia. If the name doesn't ring a bell, DiDia has worked alongside little names like Rage Against the Machine, Pearl Jam and the f'n boss Bruce Springsteen.

Currently in the midst of a headline tour of North America (with more dates announced for April), the four-piece have earned their stripes in a massive way, playing alongside big-show vets The Who, Slash, Alter Bridge and Guns N' Roses, to name a few

Bassist Smolian caught up with Metal Injection to talk Dirty Honey's meteoric rise and plans for a new album to begin production in 2020!

On Embracing the Classic Rock Sound

I mean, I think at least for the guys in the band, a lot of us were kind of raised on these records. That's what our parents listened to. We're all in the unique situation where we actually have access to music as far back as you can go now with Spotify. I've checked out music from the 20s all the way to modern music. But this is the music that is the most natural for us to write.

I think people kind of miss the swing and the swagger that the older rock and roll had that kind of got lost because everything got so on the grid about actually being perfect … I don't like being too perfect. 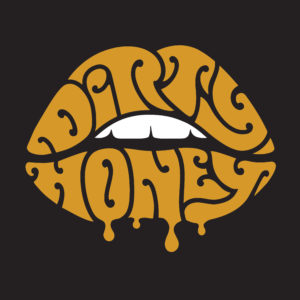 On Mixing Things Up Live
Advertisement. Scroll to continue reading.

If you come to one of our lives show you'll see we're not playing the records exactly as they are. We like to stretch out. We like to be a little different every night and that makes it exciting for us and I think the audience also, that they're getting a unique experience everytime they come.

Our first real gig was Slash taking us out for a couple days. And I remember we were rehearsing in L.A. and our manager came to us and said I've got you guys a couple of Slash dates. And John and I, we lived together at the time and we were driving home. We got in the car and we were actually freaking out for a second.

We toured with him again last summer and the day after the last date our manager called and told us we were doing those last two gigs in Vegas with Guns N' Roses. That was definitely a special moment for me and for all of us.

We have been really fortunate. You can't put a price on it. Getting to watch those bands has taught us a lot about how to perform onstage and how to work a different audience. Playing in a small club is a lot different than playing in an arena. Getting those opportunities so early on, it's been pretty remarkable. We can't be more grateful.

That was honestly probably one of the most surreal thing that's happened on this whole journey we've been on. We knew it was a great song and we knew it would do well, but to get there without the support of a record label, you just don't expect that. Obviously, you can't expect it because no one has done it.

On Returning to the Studio in 2020
Advertisement. Scroll to continue reading.

We're writing right now on the road, and we've actually played some new songs. We're on our headline tour right now and we're heading back to Australia actually in March. So we've gotten more material. I can't give you a release date, but there will be new music probably this year. 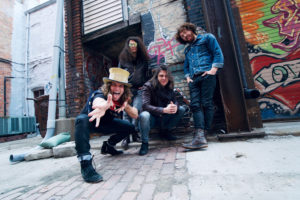 I think our main focus right now is to make another great record to step it up and write more great songs and show that it wasn't just the EP and we're a band that's gonna be around to stay. Our main focus has always been to write great songs. We put a lot of pressure on ourselves, doing a lot of self-editing and there's going to be more of that when we get to Australia and our producer tell us this doesn't work. That's the main focus right now. Obviously we want to be a great band. We want to do this for the rest of our lives. But I think it's all about one step at a time, and the next step is to make another great record. That's what we're going to try and do.