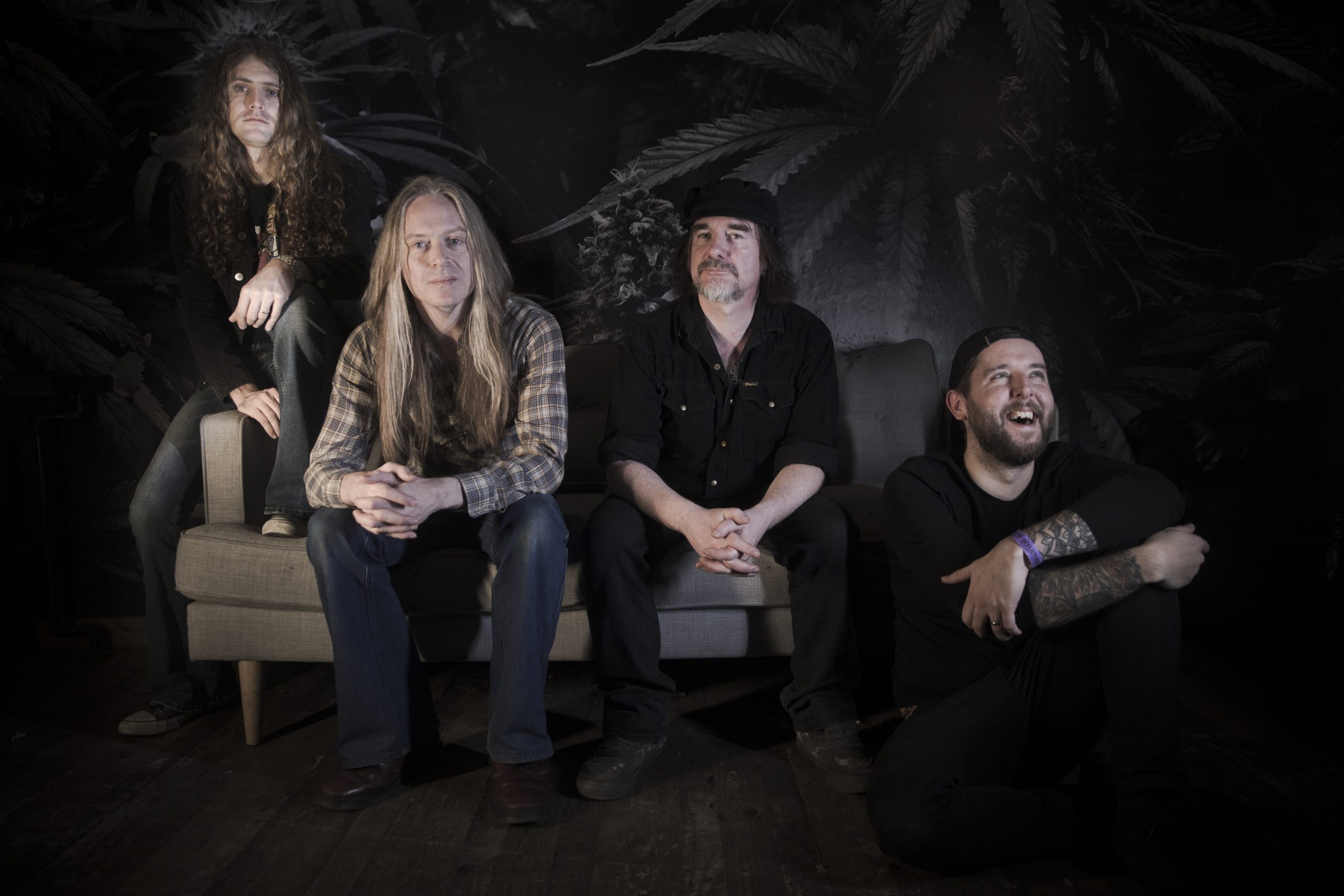 UK melodic death metal pioneers Carcass made fans wait eight years for the followup to the critically acclaimed return Surgical Steel. For many, the wait will be worth it and then some when Nuclear Blast drops Torn Arteries on September 17th. Frontman and bassist Jeff Walker is in the 'own toughest critic' category when it comes to the Liverpool rippers, claiming the best for the band is still potentially ahead.

Regardless, Carcass is a band who has influenced the past and future of death metal, with Torn Arteries serving as the next bold chapter in a brutal catalogue.

Walker caught up with Metal Injection ahead of the album launch for a deep dive into his thoughts on Torn Arteries, and his enduring desire to reach the full potential of Carcass. We ask Walker his thoughts on modern metal, his daily listening habits, thoughts on getting back on the road and more in this candid and revealing one-on-one.

It's hard for me to be objective anyway as to what is the best Carcass album. But I think all we could do at the end of the day was pour heart and soul into writing something as strong as we could and that's what we've done. Some people are obviously not going to agree and that's fine.

I think no album ever reached its full potential. That's my take on it. For the very reasons that you outlined. Maybe the production wasn't good enough, or the vocals weren't good enough. That's the only thing that has driven me pressing forward with wanting to do anything again is just never being satisfied. If I recorded The Black Album I would have just put my feet up and never bothered again. It's a great-sounding album, you know?

It can be a bit embarrassing when people tell you this album is great and that and the other because I don't feel the same way, obviously. I'm a bit more objective to the people who really like what I'm doing. I'm not necessarily a massive fan of what we do. I know that sounds a bit weird, but you know, I think you've got to be as critical as you can be about yourself.

I don't think we're our own hardest critics. There are definitely people online who use a lot more expletives about what we do, especially about the new material. I think it's the only way you can be. I think you almost have got to be a narcissist or an egomaniac if you're not that way inclined … and there are a lot of narcissistic, egotistical twats out there.

What the vast majority of people like, I mean, you've got to make it the lowest common denominator for it to cross over and have mass appeal. And that's the reason why Cracass isn't as successful as a lot of other bands because we don't try to please everybody. We can only please ourselves.

I'm not a fan (of djent/modern metal) and I can't really say I've heard that much of those bands. It's not really my cup of tea … that's more kind of music for musicians I'd imagine, you know? I mean, the stuff that I am exposed to and what I see most people like, your average Joe, it's stuff that's very kind of chuggy with a lot of breakdowns and simplistic. That's what I see more. So it seems more popular in the States than like technical stuff.

I mostly during the day just listen to the radio. The station I listen to plays all sorts. It might play some hardcore, some metal, might play some reggae or ska or electronic, literally all over the place. As far as rock's concerned I tend to lean towards the bands I kind of didn't pay more attention to when I was younger. A lot of classic rock that I just wasn't interested in because I thought I was forging the future of metal with my own band.

There's such a massive library of stuff that I kind of didn't pay that much attention to from the past. So I mean, every generation is allowed to have what they want and what they like. I'm sure Carcass sound really tame compared to a lot of modern bands. I understand that. At the end of the day I guess we're writing music for ourselves and we're older. We're not teenagers, you know?

On COVID's Impact on New Album

Well you know this album was finished before COVID came into play. It's been sent back because it should have been released in 2019. All the pressing plants for vinyl and cassettes and CDs were closing. So we were given the option to release it. It would have come out. The label basically said you can release it anytime you like.

But you know, with no physical media that would have been really damaging for a band like Carcass, because at the end of the day ninety nine percent of our sales or whatever is physical. We're not of that generation. Our fans are not of that generation where they stream and buy downloads. So it would have been a nonevent if the album would have come out without having the ability for people to buy CDs and vinyl, et cetera.

The fact that we couldn't tour as well, I didn't think it would be a good idea because touring has a lot of impact on the amount of sales that we have. We sold a lot of albums from touring, be that just physically taking them out with us or being heard by people that never heard those people.  I mean, in hindsight, maybe we should have just released it because no one expected the pandemic to be continuing until now.

But I've got to say, it's been kind of good in a way. It's given us a break, because if we hadn't had this break we would have continued on playing. And I think it's healthy to have to take a break. I mean, maybe it's dragging on a bit now and it's stopped being funny, but for me it's been healthy just because we haven't stopped since 2013. It's nice to step back and have some breathing space. But at the same time though that's also negative because we haven't played. The band's going to be extremely rusty.

On Returning to the Road/Future Goals
Advertisement. Scroll to continue reading.

You know, if I've got to be totally honest, I feel indifferent at the moment. I feel like I'm retired. I mean, until I see something really happening in the music world, in Europe, it's hard to get excited about anything. That's my take on it, because things aren't really happening. There's the odd concerts here and there, but the world as we know it is not really returned yet. There are things happening in North America, but that seems to be a bit stop and start as well, because tours keep stopping because of COVID when someone catches it.

I'm just trying to be realistic about it. I'm not like chomping at the bit to get out playing because there's no point. We just got to bide our time because we're still stuck. In the U.K. things have opened up and it does seem like things are returning to normal. But until other countries catch up then the world's kinda still stuck.

I want to be offered things that excite me. I mean, we could be offered a tour, but are they places we played already? Yeah, that's OK. But I mean, part of the reason that makes you want to do this is to do interesting things we haven't done. I'm hard pressed to think of say, a country we haven't played, for example. These are the things that keep me going and can keep me motivated.

I mean, we've never done a US arena tour and we probably never will. That would be interesting for me to do because we haven't done it. It's not for the sake of the money or any perceived success, it's just something we haven't done. And these are the kind of things that keep me interested and motivated. So the idea of going out and doing a European tour of the same level we've already done, in the same venues, it's almost like treading water in a way. Don't get me wrong, there's worse things you could be doing and it's good to still do that. But it's not as exciting or as interesting as something that we haven't done or haven't achieved.