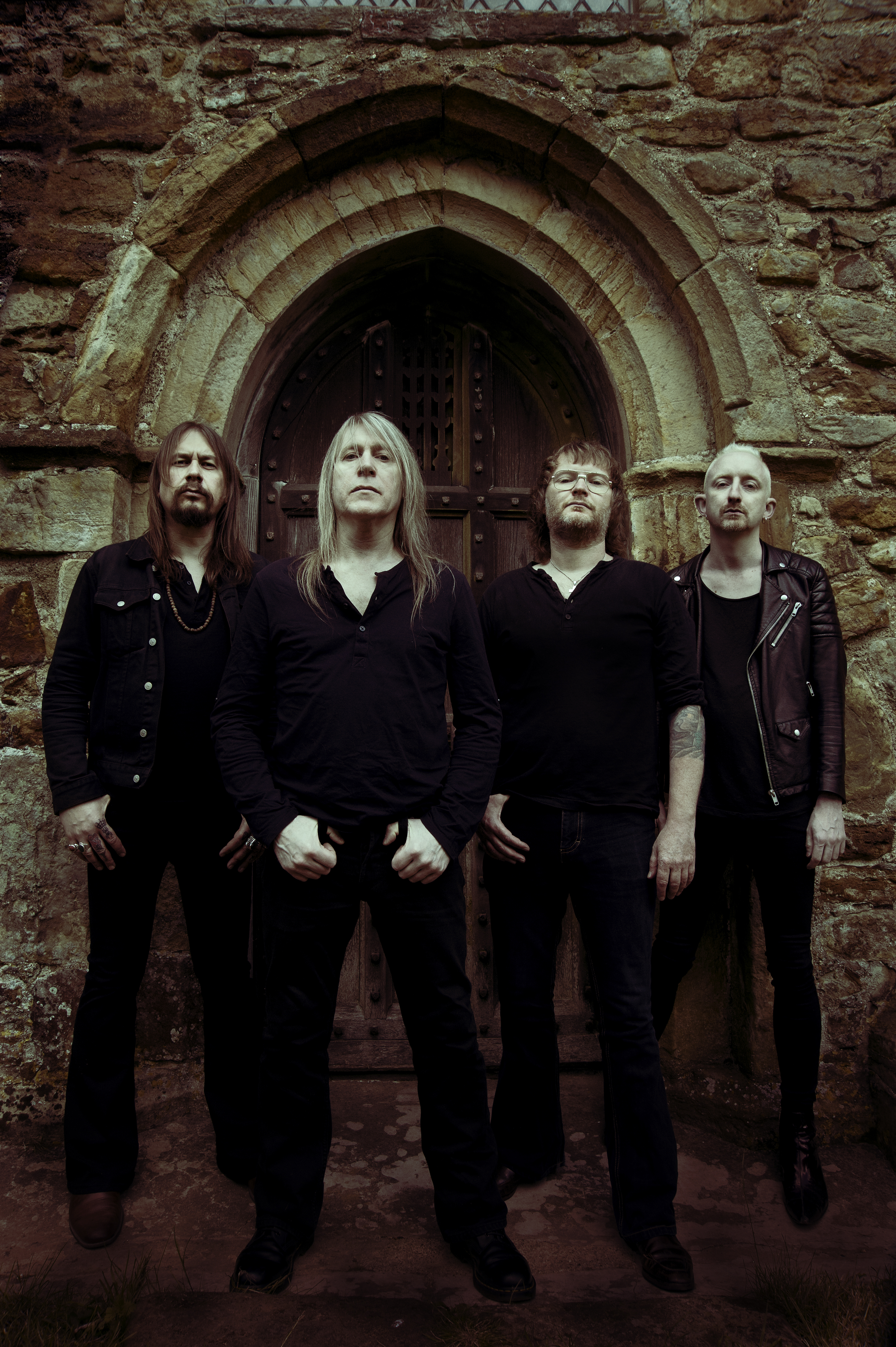 They are pioneers of the New Wave of British Heavy Metal movement. Their self-titled album is a genre staple, a heavy metal must-have that still holds up after forty years (39 and change, but who's counting, right?).

While Metallica, Judas Priest, Iron Maiden and Slayer are some of the names atop metals Mount Rushmore, ask those in the know – the diehards and musicians that make up the foundation of what we all mosh and head-bang to this day – and Angel Witch is a name that makes many a short-list.

Bassist Will Palmer caught up with Metal Injection to talk NWOBHM in 2019, the strength and unity of the band for Angel of Light, the dedication of metal fans and more!

We've put it out there now and it's down to their ears. It's their record now, it's not our record anymore, you know? And they can do what they want from it. I mean I know what I think. But ultimately I'm not the guy who's listening to it. From a on paper standpoint I think they should love it. You just don't know do you?

A lot of people have said to me in the interviews we've done, it's a lot more catchy this record. It's not as technical as the last album, and I could tell you it's more technical than the last album. But we focused so much more on trying to make the songs immediate that even if the riffing is a little bit more tricky and more demanding to play we've just tried to turn it all into songs, which I think is what we didn't do last time. We had things that were bolted together and they weren't turned into this. The hooks were missing. And I think that's what's been a big part of the Angel Witch story. So I mean I think we have that in this new record. But then again I wouldn't really want to be the one to comment on that. People are really entitled to like whatever they like.

I definitely feel like I was joining my favorite band. I mean you know if it wasn't Angel Witch it would have been Maiden or Sabbath, you know? It's pretty mind blowing. It's daunting. Certainly my playing wasn't really up to scratch in the first year or so. I just played in dooms bands before, not really much of a workout as Angel Witch songs. That took a bit of getting used to but that's good.

You joined your favorite band haven't you? It's mind blowing. What can you say? You know it's like a dream come true. But also we still have the same shit to deal with, broken down vans and playing on a Tuesday night at some show basically because you can't afford the night off and it's like 70 people there. That still happens. We're still a club band. 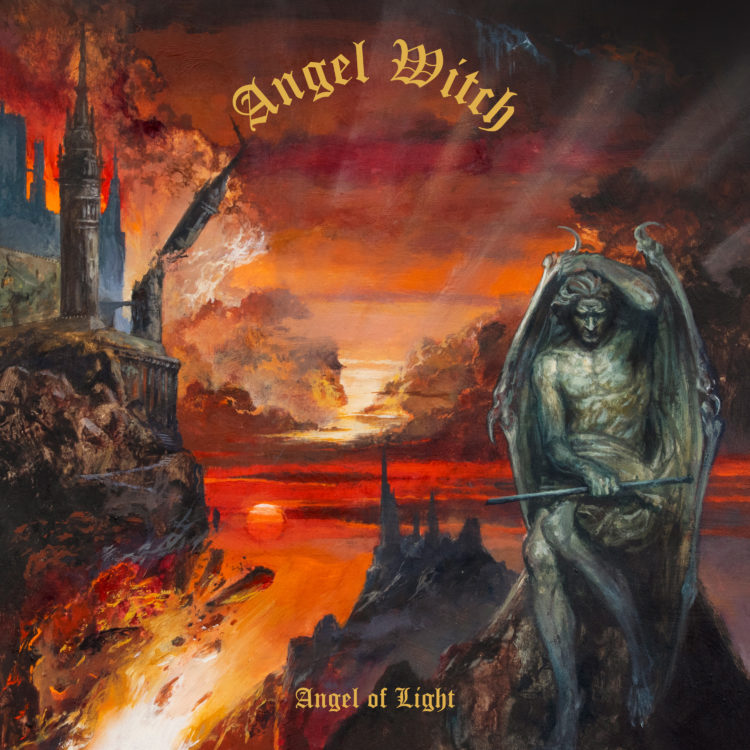 On the Relationship Between Horror and Heavy Metal

Kev grew up in the 70s listening to the Sabbath records as they came out and as they were new. Dennis Wheatley kind of fiction stuff was really massive then. The Hammer movies were all happening. With us we were younger so we always look back to dig into old records, dig into old movies and dig into our books. He was actually a teenager discovering what that stuff was for the first time as it was new. So it's kind of in his DNA I think. Although he doesn't sit there all day reading horror books. I mean it's just natural for him.

We've got songs on this record that were about that movie Theatre of Blood by Vincent Price. He hadn't seen it for ages but he can remember every scene because it's just a part of him. So I think it's really great bedfellows, heavy rock and horror and the occult.

On The Pros and Cons of NWOBHM Today
Advertisement. Scroll to continue reading.

I think that there's a whole load of nostalgia wrapped up in this kind of nostalgia culture. I'm not sure that's necessarily healthy. It's good for us, but I think it's hard for a lot of new bands. There is a wealth of talent, really good shit, you know? But it just feels to me that it is really hard for them to get past that ceiling. It's frustrating to watch it actually. It's good, but it feels like a lot of them can't get off the ground. You're just seen as being one thing.

In Europe I think it's a little bit easier because there's a lot more of a festival circuit. You can kind of get out there and show people what they can do a bit more. In America it's starting. Of course you got Frost and Fire, Hell's Heroes festival and then in Canada there's quite a lot. We played Wings of Metal in Montreal and that was great. But I mean it's an underground scene. Not that I've got a problem with underground scenes, that's probably where I feel most comfortable. But it's hard if you're a young kid and you want to get to a point where you want to give up your job and just be a touring guy. Not many of them can. Out of all of them, all of this New Wave, and they're probably not even that new anymore, but out of all of them I would say it's Enforcer and Grand Magus that got the actual ability that it's their second job as opposed to just being the thing they do on holiday time.

When you're a teenager you're all about it. You kind of get into your 20s and you're early 30s and you start to feel maybe a bit embarrassed listening to this sort of escapist music, that maybe it's juvenile or something? And then you kind of get to the point where I am in my life in my mid 40s where I just don't care. It's not a phase. I'm not going to grow out of this, this is what I like.

There's a lot of people you meet who have got no love for it anymore and they're just going through the motions because it's become a job. But yeah in general I think if you didn't really love it you'd just do something else wouldn't you? If you didn't really love playing in a metal band you wouldn't be doing it. If you didn't want to go to a show Wednesday night in a half empty club because you wanted to see the opener you wouldn't do that either. People do because they're into it. Once it's under your skin it's under your skin isn't it. Then you've got a whole like minded group of people who understand you because they feel the same way. So I think it's natural to bond. We see a lot people who are just heavy metal maniacs. They live for it.