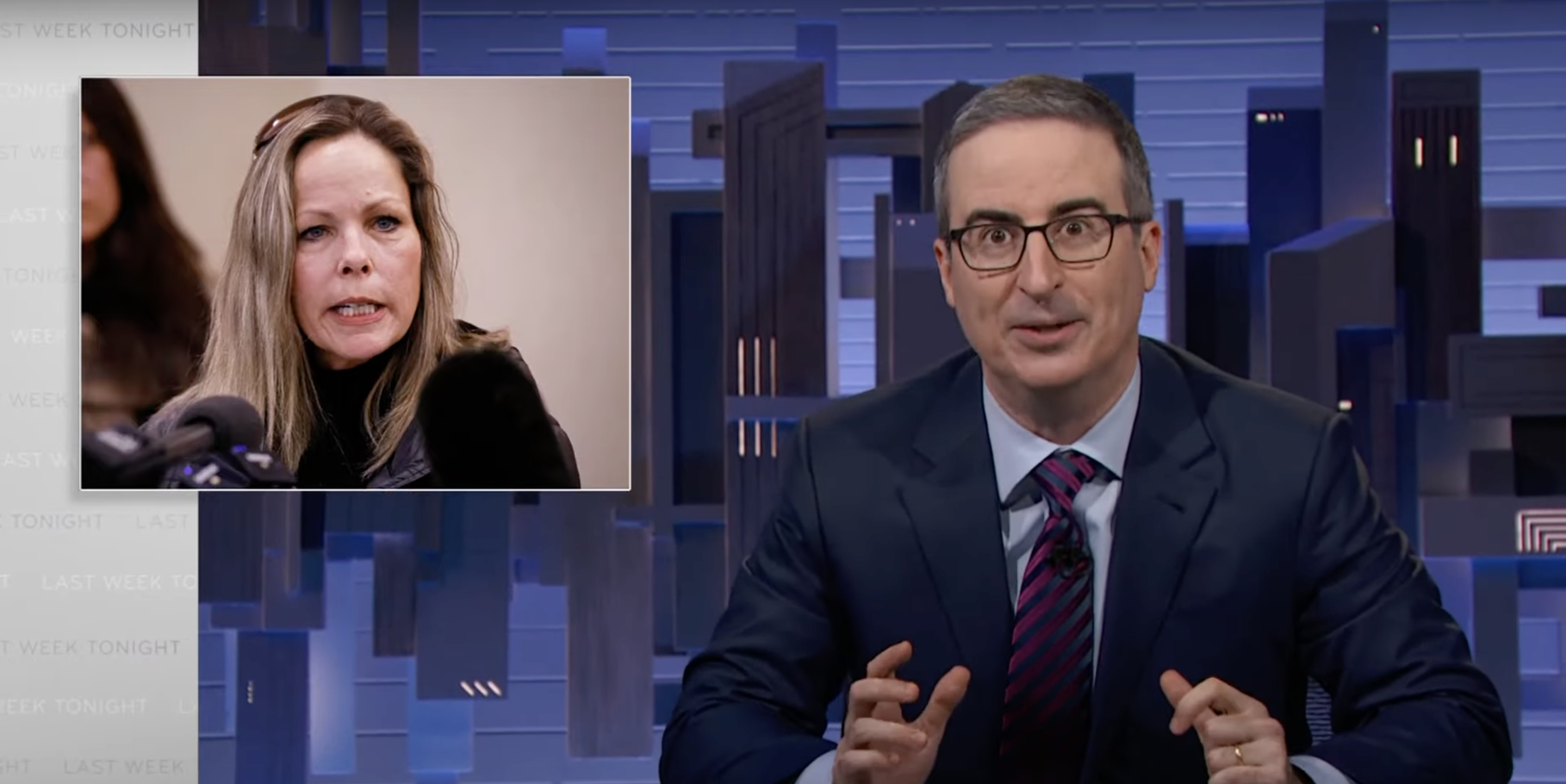 Last Week Tonight With John Oliver recently covered the ongoing Canadian trucker protests, which began as a movement again Canada's Covid-19 mandates (and was recently dispersed). Oliver touched on Tamara Lich, a Canadian separatist who according to CBC Canada was recently arrested and charged with counseling to commit mischief in relationship to the protests. Though Oliver was more interested in her band Blind Monday's take on the Disturbed classic "Down With The Sickness."

"I will say this, it is hard to think of a song more thematically appropriate to her cause than 'Get Down With the Sickness,' except maybe 'My Heart Will Go On,' in that it is Canadian and inextricably linked with avoidable tragedy," said Oliver.

The segment starts around 1:50 in the below video.

In this article: john oliver