In The Left Field of Satan – A Look At The Weirder Black Metal Bands
Those haircuts... they can't possibly be serious, can they? The two gentlemen in the above photo aren't posing for a CKNY ad campaign. They are Kerry McCoy and George Clarke of Deafheaven fame, a band both praised and reviled in equal measure, one at the forefront of a worldwide battle being waged within the black metal scene, a battle for authenticity.

Those haircuts… they can't possibly be serious, can they? The two gentlemen in the above photo aren't posing for a CKNY ad campaign. They are Kerry McCoy and George Clarke of Deafheaven fame, a band both praised and reviled in equal measure, one at the forefront of a worldwide battle being waged within the black metal scene, a battle for authenticity.

Authenticity: a thoroughly loaded term in the Hipster Era, with many struggling to define it and others refusing to acknowledge it exists at all. Writing last year for the New Statesman, Steven Poole examined authenticity as a callow marketing tool, making the striking observation:

"too persuasive a performance of authenticity will be taken as a sign of inauthenticity […] why bother doing something for real if no one will believe you did? The cult of authenticity, in other words, begins from an assumption that most things are fake, and in doing so ensures that they will be."

Playing devil's advocate with Mr. Poole's contention for a moment, allow me to counter: what's to say that most things aren't fake? This is certainly a pressing question within subcultural movements like heavy metal, which seek to rebel against the establishment precisely because it's deemed overly concerned with artifice.

It can't all be phony, though, which speaks to Poole's point above. It's in delineating what makes the cut and what doesn't that the battle lines are drawn. Often the music itself proves elusive and we find ourselves looking at extratextual data to suss out legitimacy, as in the case of Deafheaven's recent, much fussed over Pitchfork interview. Again, the haircuts don't help – they certainly didn't for Metallica – but one needn't be too imaginative to conjure a reasonable argument in their defense, one where there are no fashion qualifications for toiling in the black metal subgenre so long as you are delivering the goods.

Ah, but it's not really about the look, is it? The look is supposedly indicative of the band's cluelessness, if not an outright flaunting of their insincerity. On that basis some fans regard an album like Sunbather as metal's version of Finnegan's Wake… is it a piss take or for real? If it is a piss take do we want to risk being taken in by it? After all, to a dramatic extent one's tastes are largely deemed indicative of their personality as a whole, which makes falling prey to charlatans an indictment on one's own character.

This is a long-gestating "problem" in the black metal community – dating back, at minimum, to Emperor – but in the Hipster Era it's become more and more important to choose the "right" side. As far back as these arguments go, they really kicked into high gear in 2011, when the release of Liturgy's Aesthetica seemed to coincide with a peak in oh-so-selective mainstream media coverage of extreme metal (a la Pitchfork), ie. only "forward-thinking" (read: experimental) metal bands apparently warranted write ups, with traditionalist representations of the genre kicked dismissively to the curb. The whole thing felt – still feels – like a slap in the face to longtime metal fans, almost as if to say that black metal is a brand new genre that the New Media was in on from the ground floor, and any mention of extant bands that greatly preceded their attentions might expose the whole OG argument for the fraud that it really is (note that this shady journalist practice is hardly exclusive to heavy metal coverage).

Still, for the most part the music itself preceded the mainstream pique of interest, generated it even, so it's difficult to make the case against the bands themselves on the basis of intentionally courting that crossover appeal. Granted, Sunbather is as close to a blatant snubbing of tradition as crossover black metal has seen so far, not only inverting the shoegaze-to-metal ratio common in much contemporary post-metal, but also adopting a Mexican Summer-like, chillwave-recalling color palette for the album sleeve.

Between the music itself, the presentation of said music, and the bear-poking interviews the Clarke/McCoy duo gave in support of the album, Sunbather likely represents peak resonance in the whole "kvlt vs poser" drama. If ever we were going to have an opportunity to settle this score once and for all, this is our Gettysburg. Except that we aren't in any danger of settling anything, are we?

This raises (not begs) a larger question: why is consensus so important to us as individuals in the first place? The idea of punks and metalheads being even more conformist within their chosen subculture than the status quo they seek to replace is common to the point of cliche, but that just makes it all the easier to unfairly sweep the question under the rug. Fuck that, why can't the black metal scene exist with a fan base as diverse as the musical offerings themselves: kvlt fundamentalists, hipster denialist dabblers, broad appeal headbangers… the whole nine.

In the end it all comes down to the age old slippery slope argument, where there is a perception that, by allowing for influences external to the genre itself, we are opening the gates to a wholesale reinvention of black metal as a whole. In other words, if bands like Deathspell Omega or Darkthrone get wind of the sales potential of an album like Sunbather, they're liable to turn into some kind of Slowdive parody themselves, turning the entire scene into a trendy, post-My Bloody Valentine gentrification. Consensus therefore becomes necessary to ward off such eminent assaults on the integrity of a once staunch genre now in danger of losing its footing.

This is frankly all so much horseshit. We went through the same thing in the 90's, when Emperor and Dimmu Borgir begat Cradle of Filth, and all of a sudden any semblance of credibility the black metal genre may have once possessed had been sacrificed overnight on the altar of Hot Topic and pale goth kids with deep pockets and vampire fixations. Only that's not what happened at all.

Sure, there were now slick, well-produced bands blurring the lines where once there were none, but if anything the perceived "selling out" of those bands triggered a counterrevolution, with other groups determined to entrench themselves even further into filthy, lo fi obscurity as a palliative to the commercialization of the genre. Punk has weathered similar storms over the years, as has the blues, jazz, and damn near every art form that has ever been taken seriously by even the smallest bohemian slacker set.

To answer my own question, then, the black metal scene is co-existing with the fundamentalists, the hipsters, the mass appeal metalheads; it's just doing so in an unnecessarily divisive, internecine manner. Not that it seems to negatively impact the music itself, which I suppose is ultimately what matters here: bands on Profound Lore, Southern Lord, et al. continue to push the bounds of what constitutes black metal, not to mention sludge, hardcore, etc. It only seems to become a problem when such bands draw the "wrong" crowd, doesn't it? 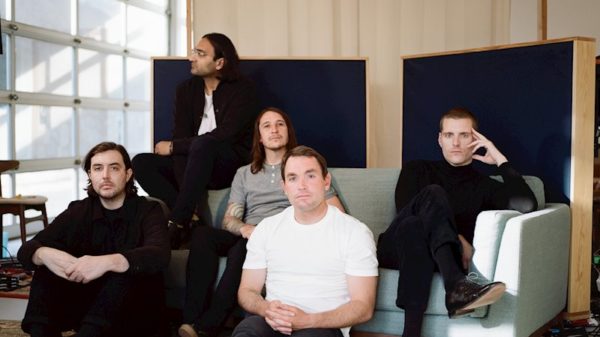 Turnstile and Knocked Loose are the other headliners. 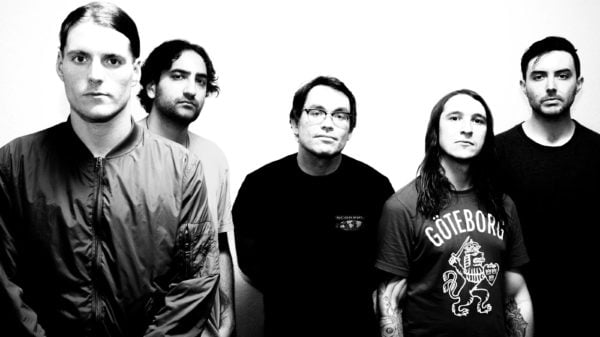 It'll kick off in February.