A View From Behind The Drumkit: One Beer Left!

A View From Behind The Drumkit: Pre-Show Apocalypse

A View From Behind The Drumkit: Toilet Taboo

A View From Behind The Drumkit: Do The Walrus

A View From Behind The Drumkit: EAT IT

A View From Behind The Drumkit is a weekly column written by Darkest Hour drummer Ryan Parrish. Follow along as he scribes down some anecdotes and advice from his many years of touring. You can read the first edition of the column here. This piece focuses on getting your buzz on while on tour…

The concert is over in (insert city here). Your mind casually transitions back to civilized reality as you've once again had the prodigious opportunity to escape through music. You're covered in an ocean of sweat and have managed to meander off of the stage in search of that frothy elixir of goodness that awaits you. It's calling, ever so gently, making its presence known as you migrate towards the rager happening backstage. You can already taste it. My God, it's going to be delicious. Upon entering the chaos, you bulldoze through the vultures and scavengers lingering and partying in the only safe haven available. Beads of condensation stream down the sides of the adult beverage's housing facility, giving the indication its cold, fresh, and ready to consume. One beer left. As you lunge to capture that last bottle of thirst quenching wholesomeness, the unthinkable happens. Some scourge of the Earth you've never seen before wearing Jenko's, a No Fear hoodie with matching wristbands, and splattered with mascara, seizes your liquid tranquility, pops the top, and chugs it in its entirety right before your eyes. The only thought racing through your brain is…

Man, I can't tell you how many times that exact scenario has transpired in my lifetime. If there's one thing on this planet that beleaguers my ballsack more (other than detecting Ray Romano's voice in my auditory domain), it's having some dim witted buffoon slurp down the last of our alcohol. It's the "OORAH" of disrespectful exploits. I think I'd rather be slumped over a cacti infested hand woven wool couch having my prostate thoroughly examined by a spork than witness the last drops of our hard earned Jack Daniels seep within the gullet of some dude none of us know nor invited backstage armed with a disposable camera and a photo pass. Now, don't get me wrong. I'm not some guy who doesn't want to hang out with people and party. I'm all about sharing the wealth, having a good time, and meeting new people. That's the one characteristically defining trait about Darkest Hour. We'll party with anyone, anywhere, and at any time! It's just that when we have a "what's ours is yours" mentality, than for fuck's sake you should have the common courtesy to at least let us get ours first! For the sake of example, let's say I'm having sex with a drop dead gorgeous, female super model. I wouldn't want to condemn the millions of little, potential "Ryans" floating around in my bulbous danglers until she's at least peaked at a level orange on her Orgasma-tron first, right? Nor would you (if you're a dude)! Same line of thinking applies here.

That being said, I do have a solution. When you've been touring for as long as we have, you tend to perceive the incoming bedlam hours before it materializes. Its a arduous aroma that can't be ignored, yet, can be perpetuated in your favor. How? This applicable and easy solution, which I'm sure has been practiced in certain circles for decades, has been deemed by the DH family as a "Roadie". A Roadie, by our standards, is simply a water bottle, or any non-alcoholic beverage container for that matter, which has been depleted of its original contents and then replenished with an adult beverage of you, the drinkers, choice. Beer, liquor, mixed drinks, fruity shooters, whatever cruises your catamaran. Best part is, they're portable, easy to conceal, and saves you time, sobriety, and money wherever you go. You'll have enough of a stash to tranquilize the heftiest of shetland ponies. Also, you can pass them around so everyone can partake in any atmosphere no matter the situation. Dance floors, backstage ragers, expensive bars, long walkabouts in cool cities, movie theaters; the list goes on and on. A Roadie is our salvation amongst the depraved where you and you alone control the quality, as well as the quantity, partnered with the ability to share with others at your leisure. So, when that weird dude/dudette stumbles into your backstage area reeking of putrefaction (thanks, Carcass) and other forms of topical ointments and decides to eliminate the last of your brew, crack your previously made Roadie, take an exhilarating sip of whatever concoction you've determined suitable, and party hard with that dude/dudette! Because in all honesty, a Roadie is a definitive and momentous game changer that everyone should add to their after-party playbook.

Darkest Hour will be bringing many roadies with them this Summer on the Summer Slaughter tour. Maybe you should bring them some booze? 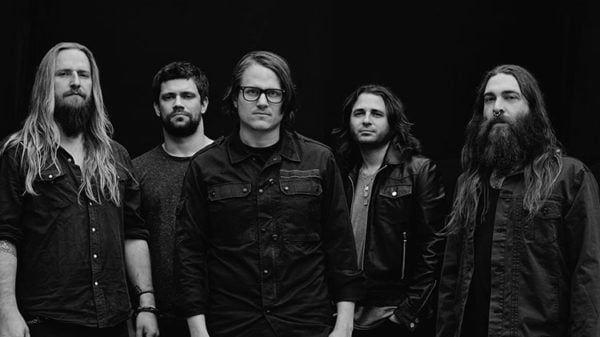 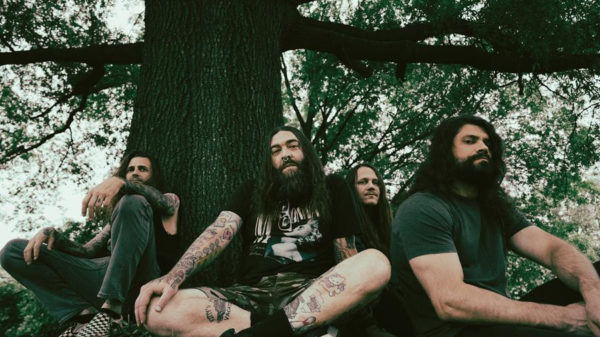 DARKEST HOUR To Celebrate Deliver Us With European Tour

Deliver Us turns 15 this year. 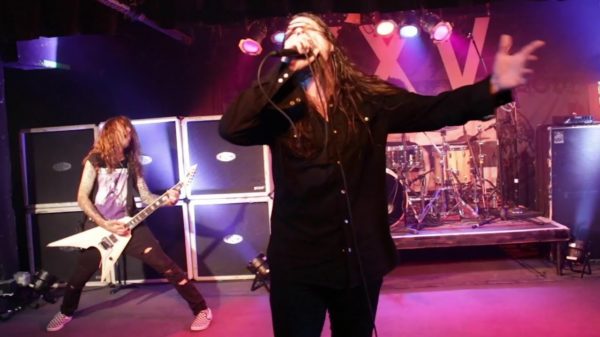 Plus a few cover songs.

Album 10 is coming along.