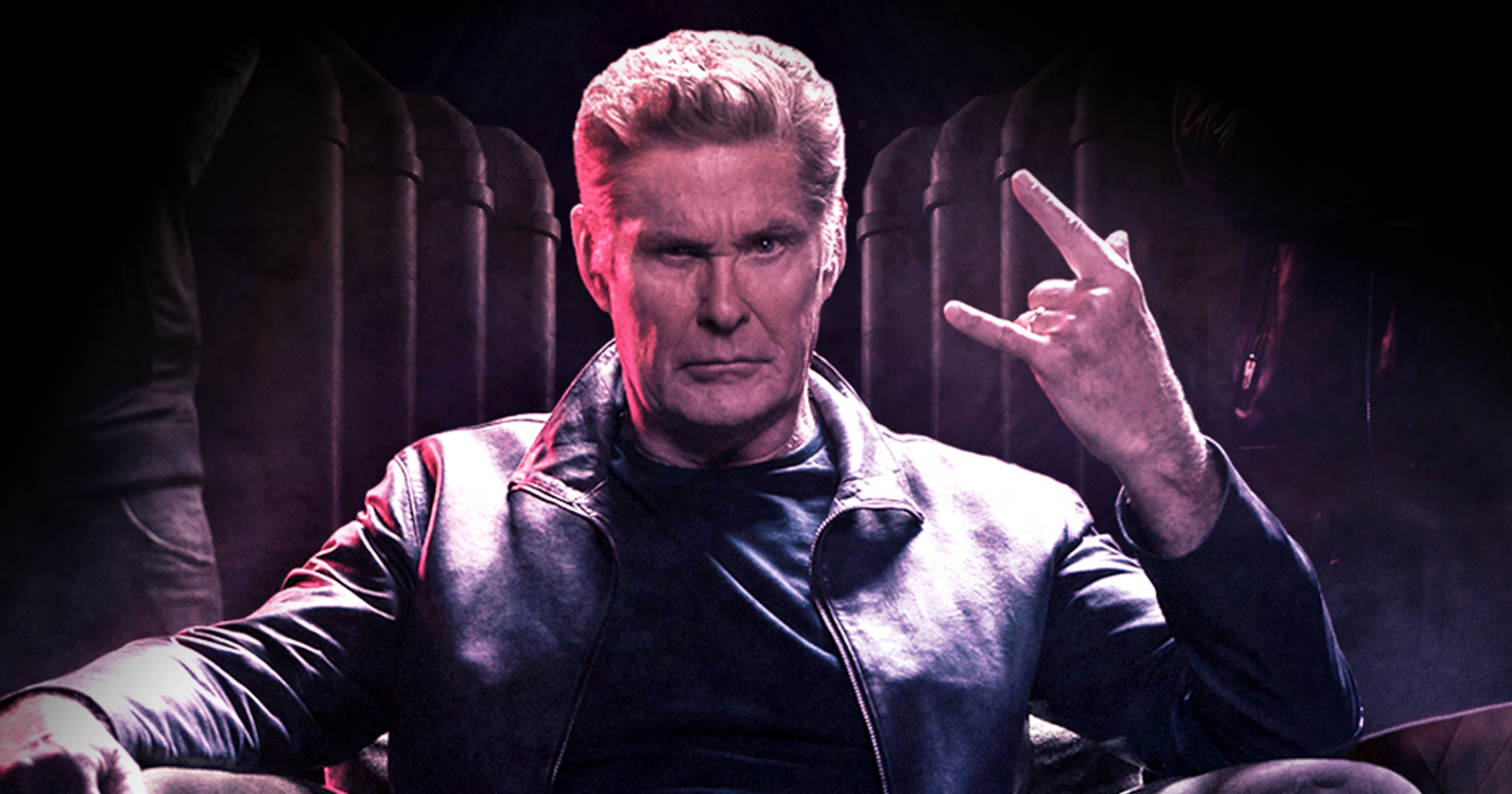 Folks, by now, we are assuming you've heard David Hasselhoff's new metal song, "Through the Night?" The Hoff collaborated with two-man metal group Cuestack to release the standalone single and shock metalheads everywhere with his Howard Jones-esque vocal range.

But how did the Hoff get involved with Cuestack to begin with? He explained how it all went down to Consequence of Sound saying "The truth is I did it because it was in front of me and because it was fun. And because [CueStack member and VFX designer] Martin [Kames] had done such an amazing job on my last two concerts — he did all the backdrops, and it just blew me away. And [CueStack’s] Bernth [Brodträger], the guitar player, also blew me away. And so they sent me this track.

He added "I had found out through a record label that have a heavy metal following, and I started to laugh. And I looked out in the audience [at one of my shows] and I saw some heavy metal guys and I went, “Wow.” And I did a song called “True Survivor” for Kung Fury. I did [a cover of David Bowie’s] “Heroes” with Tyler Bates and it was really cool and it was really hard rock."

As for metal bands that connect with the Hoff, his choices might seem entry-level to a more educated metalhead, but we still give him credit for rockin' the good stuff. "I’m a major fan of Metallica. I’m a fan of Iron Maiden, and I followed Iron Maiden at a concert called Nova Rock [in 2014]. You can look it up. And I said, “I’m following Iron Maiden? My stuff is, like, cheesy pop!” It was about 130,000 people. And I thought 100,000 would leave and we’d have still have 30,000. Nobody left. Everybody came to watch me. It was amazing. And even Iron Maiden hung out to watch my set.

"Everyone’s got a childhood and everyone grows up and they still sing the songs that they remember as a child. My songs may not be the greatest songs in the world, but they were great when you were eight to 18, and they remember the songs."

In this article: david hasselhoff