The East Can Roar: Exploring Black Metal On The Indian Subcontinent

In The Left Field of Satan – A Look At The Weirder Black Metal Bands
Most people don't think of the Indian subcontinent as somewhere with an exciting metal scene - as it happens not only is the scene there - it's huge.

I've long held that the heavy metal, and more specifically the black metal coming from the Indian subcontinent is some of the most exciting and legendary scenes of our generation. There is something endlessly fascinating to me about this scene with all of its dungeon obsessed bands and true desperation. After all – not is the Indian subcontinent often crowded, underserviced and highly orthodox but they often don't have access to a lot of the production and internet services we take for granted. Think about it – systematic of oppression including in some places limitations on free speech, gross income inequality and a lack of sympathetic industry figures? Sounds like a recipe for some killer extreme music! I got in touch with a handful of buddies based out of India and Bangladesh to find out more.

One thing that really struck me in all of their responses is that not only do many of the bands in the scene lack the financial resources that many of their peers take for granted, but there are also a lot of economic limitations that make a lot of this simply unrealistic. In both India and Bangladesh, Paypal, which has rapidly become the go-to money transfer service in independent music, simply isn't a possibility. My friend, Zoheb, of Qabar Extreme Music PR shared that the high customs taxes and the tendency for economic isolationism means that shipping copies of a band's album abroad is ridiculously hard and expensive. It's not exactly something you can do every week like so many of their American peers take for granted.

Everyone who I spoke with seemed to emphasize that even though metal is not popular, they've been able to circumvent societal wrath. Still, Asmodeus of Eternal Armageddon and Left said, “Well, it never received a warm welcome I can tell you that!” going on to say that religious ties tend to hurt the scene. “All they know is either you are with them or you are against them. And they are not ready to tolerate those who oppose them.” He wasn't my only contact to say that he had been threatened by extremist groups in the past too. Nohttzver of Pishacha shared “I’ve had to hide or suppress my views many a time but [it has] never hindered [living] my life and [playing] music in my own terms.” On a familial level it seems like most people have been able to come to terms with their relatives. Nohttver says, “they have admired and supported me for my… contributions” So perhaps societies slowly can help guide things forward.

The Lack Of Studios Cripples the Scene

When I asked friends for their complaints about the scene, nearly every single one of them brought up the problem of studio availability. Not only are there few studios, but almost none of the producers in their part of the world are familiar with heavy metal. Zoheb shared, “Despite having brilliant compositions, lots of materials sound monotonous because of the bad production,” which as I'm sure you can imagine is problematic. Asmodeus said, “In most of the cases, it’s actually produced and recorded by the band themselves! I mean, yeah, it’s great to be self- independent, but hey, if you have got to do everything by yourself, when do you do your music? I mean come on; you can’t be the best at everything!” Given how much studio worship Western bands engage in – I think it says something about the sheer brutality of the Indian scene.

The Scene Has Been Around For a Very Long Time

Though I've been connected with the Indian and Bangladeshi scenes for a while now, I had always ignorantly assumed that their scenes had only really risen up since the internet got big. I was surprised to find out that this scene has actually been around since the 80s! Zoheb shared, “Our metal scene has started in the mid-80s and still it could not reach internationally on a wider level despite having a lot of good bands.” Meanwhile, Nohttzver has been drumming in metal bands since 1992! That alone says something about the depth of the scene. So while it's hard to trace the exact roots of the genre in these places, and the internet has definitely made the music bigger in recent years, despite everything there has definitely been a tradition of metal music in these places.

Their Early Influences Are The Same As Ours

One thing that struck me as I was going through my friends stories about how they got into metal was that they were all fairly similar to stories you might hear from metalheads in the US. Kunal of Transcending Obscurity, a label and webzine based in India emphasized how much of his local scene originally came together on an internet forum. Meanwhile, Vyas Manalan of Indian black metallers Diabolus Arcanium talked about discovering Dimmu Borgir on YouTube in 2008 or 2009 and using that as his entry point to the world of heavy metal. Another correspondent talked about how in his first band, he, like so many of us, tried to play just about everything with no regard for genre. While it makes sense, it's still kind of cool to realize that we all get involved in this weird world of metal in a similar way.

There Is No Metal Infrastructure

Beyond the lack of studios, the problem actually goes much deeper. Kunal and Zoheb, both leading industry figures over there, brought attention to the fact that they are pretty much the only PR companies in the subcontinent and are expected to service millions of fans. The same goes for local booking agents and record labels. Furthermore the low exchange rates means that labels from outside of the region rarely take an interest. The prevailing belief among the folks I interviewed seems to be that labels take little more than a passing interest at bands with exotic sounds, even if many sound similar to, if not better than their European peers. The other issue seems to be that because of the widespread poverty many labels are afraid to invest in a region they are afraid won't see paying back dividends, leaving the scene to grow on its own, unaided by the traditional avenues.

Despite Everything, The Scene Is Remarkably Strong

I remember being 15 and first discovering the breadth of the scene in India. It is inspiring to look at all the struggles they so evidently face on the day to day and how the bands still are managing to come through and create something greater. There is a very real magic and excitement to their scene and the legions of bands prove it. Every single correspondent talked about how despite the adversity they all press on. It stands as evidence that heavy metal will reign above us all of years to come. In the words of Asmodeus, “The East can roar. Louder than you imagination. You Will Mark My Words When Your Ears Experience The Tones of the East”

If you want to find out more about some of the bands and labels represented check out these links: 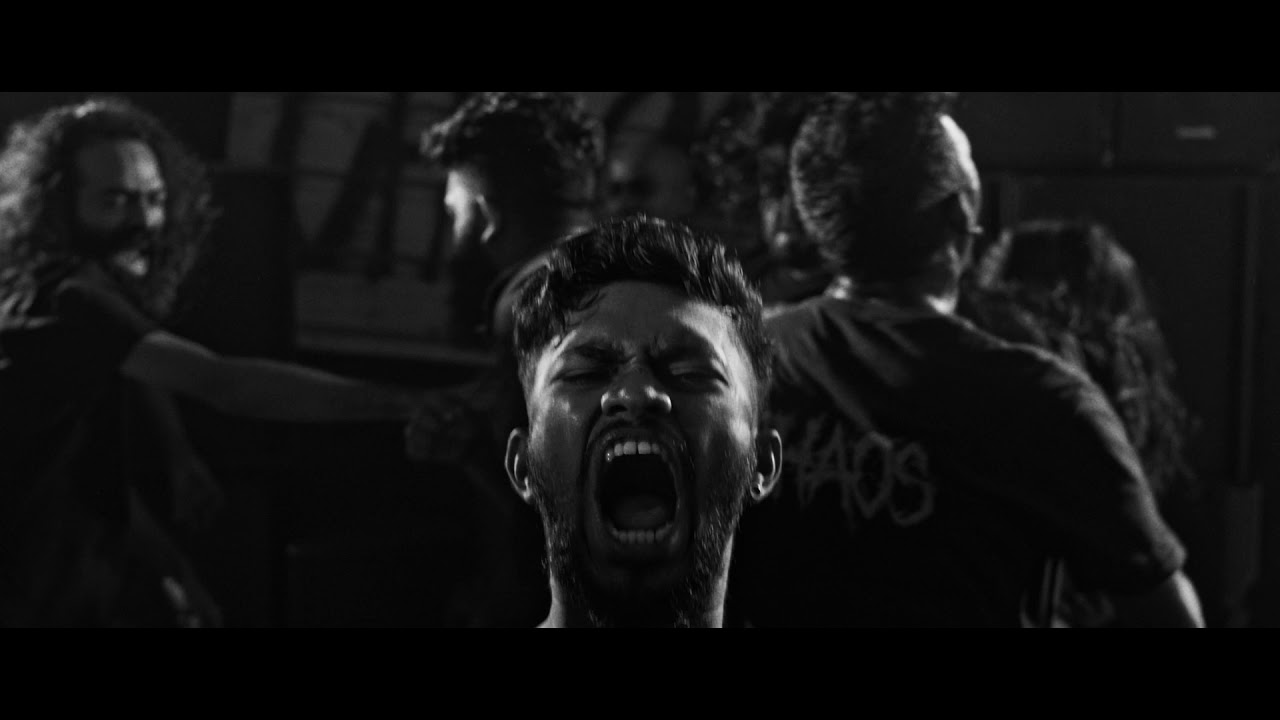 The Core Breakdown: Travel To Bombay, India for Death By Fungi's "Dead Soil"

For you hardcore fans who like your music with a little more punk... Here's Death By Fungi.

Album Review: CHAOS All Against All

Every once in a while though bands like Chaos come along to reassure us that the flame still burns and that angry, politically charged...